Home Travel Salta Do you know why they call Salta “La Linda”?

Famous for its nickname that invites you to know it, Salta is a province that falls in love with its visitors, who do not hesitate to name it as Salta “The Linda”. 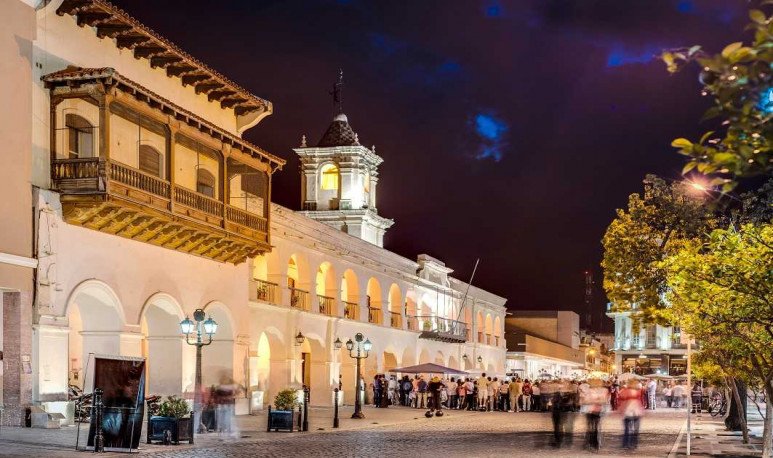 The name of the  city  originates from the word  “sagta” , which means beautiful in the language of the native Aymaras peoples. However, Salta has long been known as “ La Linda ”, it is that in its city it keeps stories, landscapes and a lot of color. It is very well maintained, and this is because for the Salteños to show their city clean and beautiful is a task that takes them all equally. Since the province has been driving a lot, for years,  tourism . This gives results and shows an increase of satisfied visitors who are amazed by this true pearl of Northern Argentina. That's why they say Salta is so La Linda, she falls in love.

More than 500,000 people live in the city and is the seventh largest urban conglomerate in Argentina. In 1582 he founded the Spaniard  Hernando de Lerma  and was one of the economic bastions at the time of the Viceroyalty of Peru. It also stands out for being the province where General  Martín Miguel de  Güemes  was born, who played a decisive role in the war of independence against the Spaniards in the early nineteenth century. In the city of Salta talking about Güemes is to name a hero who respect and marks them a lot. His ashes rest in the Cathedral.

It offers and the traffic and noise of a larger city, but keeps the comfortable pace of a small city that retains more colonial architecture than most Argentine destinations. The options for touring it are varied. Visit the Cathedral Church, with a small museum that houses  religious relics . Or San Francisco, impressive with a 53-metre tower. Also climb the cable car of Cerro San Bernardo with an indescribable panoramic view of the city. On top there are balconies, viewpoints, and terraced gardens. You will also be amazed by the monument dedicated to the Battle of Salta and a Via Crucis. The place offers the possibility to have a picnic and watch the Salta sunset unique of its kind.

In addition , you can visit the Summer Villa of San Lorenzo and the Artisan Market. The urban plot has several green spaces, among which the San Martin Park stands out.

If you want to visit a museum and have little time, our recommendation is the Museum of High Mountain Archaeology. This  cultural  center is dedicated to the preservation of Andean history and anthropology. The highlight is the so-called Children Llullaillaco, three small mummified and perfectly preserved Incas discovered in the Llullaillaco Volcano in 1999

At night the city of Salta becomes a beautiful and sparkling  country of dreams , as hundreds of luminaires illuminate the most important buildings and streets, challenging even the most important hearts and hearts.aacute; s hardened not to fall in love with the city. In all restaurants there is time for folk music. If you know how to play the guitar, I borrowed one from the owners and start with a zamba that everyone knows. The experience is wonderful. The romantic atmosphere is perfect to share a typical Salta dinner with Locro or other typical Andean specialties such as tamales and creamy humitas. Or the classic spicy empanadas accompanied with a perfectly cold glass your famous white wine, the, Torrontés to make it the perfect experience in Salta. The most famous rock in Salta, without a doubt, is that of Balderrama. Many of the folk ensembles of our country were born there. Gustavo “Cuchi” Leguizamón wrote the lyrics and Mercedes Sosa immortalized it with his voice  “Lucero, solito, bud of dawn, where will we stop, if Balderrama goes off”.

Walk through its cobbled streets and even, on the outskirts, get to know its vineyards where a Torrontés of the highest quality is produced.

In conclusion, its nickname, which is so well placed, is for all the charm it holds as a historic city that blends with its landscapes, its people, gastronomy and also the most modern attractions. In Salta tourism is very important and they know that the experience of the traveler should be unique. That's why the Salteños will gladly make it known to you.

Like many provincial cities and towns, in Salta La Linda most businesses close between 13:00 and 17:00 for nap, then open until 21:00.

The city of Salta is easy to travel, and there are many cheap taxis available in the city. If you want to rent a car to explore the surroundings, there are several renters.

Iruya: the magical town of Salta that captivates its visitors