A building that imitates a Florentine castle where a hotel and restaurant currently operates in the middle of a natural reserve in Salta. 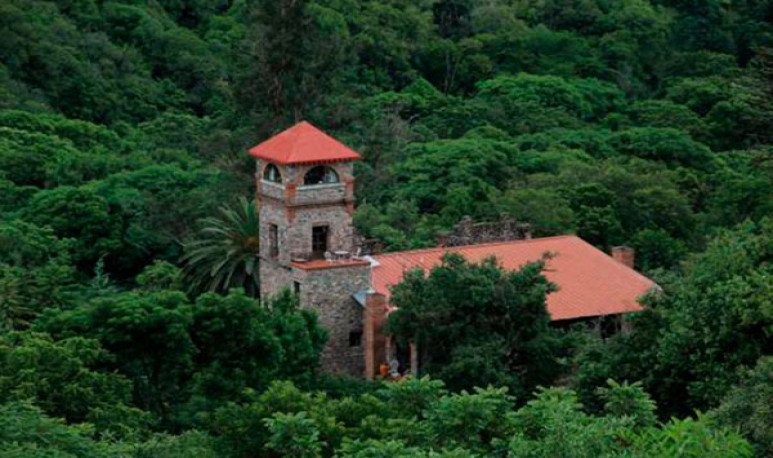 Located in the middle of the mountains in the  province of Salta  is this jewel of the  last century.  It is the  Castle of San Lorenzo  , a  stone construction  located on the main street leading to San Lorenzo, one of the most imposing nature reserves in this beautiful northern province.

Its current owner,  John Johnston , arrived in the province of Salta from Bolivia more than 35 years ago. The first time he heard of San Lorenzo was through a tour guide who offered a different tour close to the city. When he began to tour this paradise place he saw something that caught his attention,  a castle  hidden in the green,  a real emblematic construction  with a singularity, carried a sign for Sale.

The impulse to make this wonder was due to what Johnston considers to be a frustrated profession of architect, as he barely discovered it he imagined refacting this  old building . But it was not about acquiring  an old castle  but the environment in which it was located,  a green area ideal for summer surrounded by varied vegetation . In the end of 1983, in full democracy,  Johnston returned to Salta to start a dream.

The construction currently converted into a hotel has three floors. It has eight rooms and  has an excellent restaurant and confectionery that works every day . Nowadays Johnston enjoys a quiet life surrounded by animals and green. For him, it is a project that never ends but fills him with satisfaction and enthusiasm.

It is  located only 12 minutes from the city center , at the beginning of the  Salta Yungas so it has a pleasant microclimate ideal to enjoy in summer. An important fact is that  only the façade is preserved from that time , when Johnston bought the property he made important modifications such as adding fireplaces, new rooms, among other things, but always  retaining the Italo-Spanish spirit.

It is also rented for business and social events. Highlights the gastronomy where its owners ensure that they are looking for menus to come from  organic foods .

The three dishes you can't miss are:  Panzottis Stuffed  with braised meat with chickpeas and orange slices in green oil, which is composed of leek, parsley and arugula.The second dish is more traditional in the region and e s Quinoa with Andean Papas . Another specialty of the house is  Chicken a la Masala  made with 21 spices prepared by the chef to give it a  unique flavor.

As it all started...

The history dates back to the end of the 19th century when  four Italian brothers arrived in Argentina . One of them  Luigi Bartoletti  settled in Salta. Gunsmith by profession began a successful path that led him to consolidate himself as a thriving merchant and went into several businesses, including a car dealer. Among the properties he came to own is  an impressive summer house  that he had to build in 1903 in the  Quebrada de San Lorenzo.

Don Luigi  wanted an exact replica of a Florentine castle  and had the same filmmaker from Florence, architect Castagno  , brought to design it. The three-storey construction has a 25-metre tower. It was the neighbors and inhabitants of the area who began to create  the legend that Bartoletti himself hid a treasure beneath his castle . After his death, one of his eight children inherited the property who rented it for various purposes until he finally put it up for sale.