Home Travel Sailing Antarctica, on the advice of Mariano Curiel

Mariano Curiel is a polar guide, family of sailors, met Antarctica in 2003 and since then is his best ambassador. A trip to Antarctica following your advice. 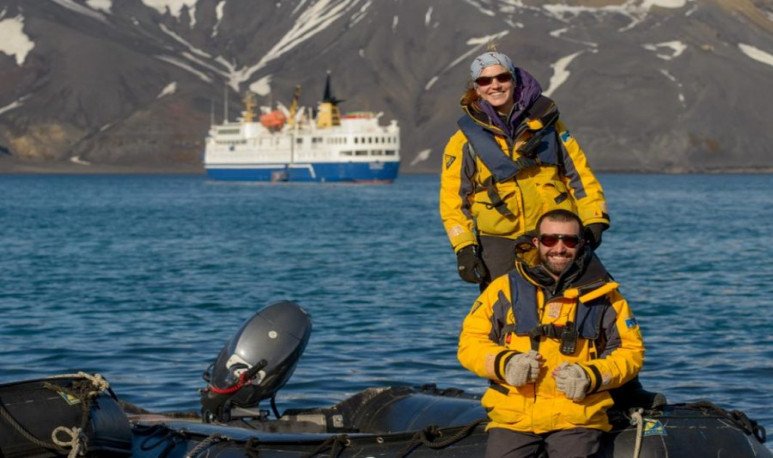 The deep blue sky will hug you as the cruise glides into thick waters. “Good morning, ladies and gentlemen, welcome to Antarctica,” the  captain of the ship  will say from the bridge of command, when you arrive in the  South Shetland Islands  .An imposing iceberg, crowned by a colony of red-billed penguins, will watch you. The color that predominates is that deep blue and deep white that can only be seen contemplating the Perito Moreno glacier in Santa Cruz .

Mariano Curiel is a polar guide as defined when presenting itself. With that humility that those who did great things have, he tells me he was the first Argentine to cross Greenland on grampons and skis.From west to east, throwing 90 kilos on sleigh, next to Europeans.

Mariano changed his way of life in 2003 instant when I floor Antarctic. At that time he understood that, in that place “not fit for humans”, was his future. In these past years he participated in 200 expeditions to Antarctica and, as in our winter he did not have much to forge, he did so many others to the Arctic.  He is also founder and vice president of the Polar Tourism Guides Association. 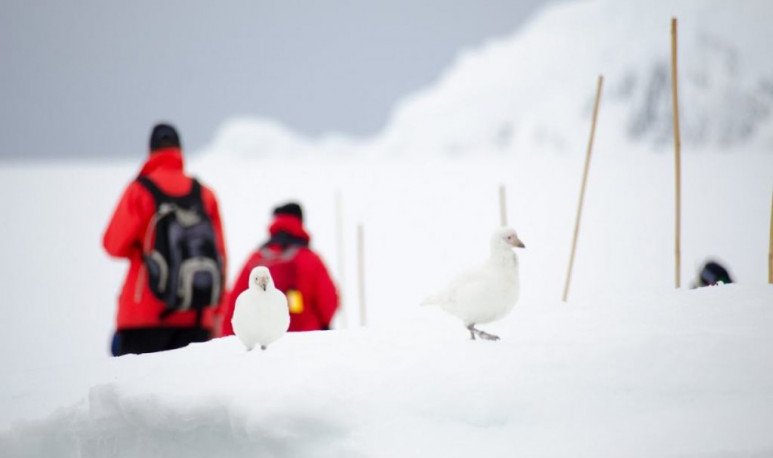 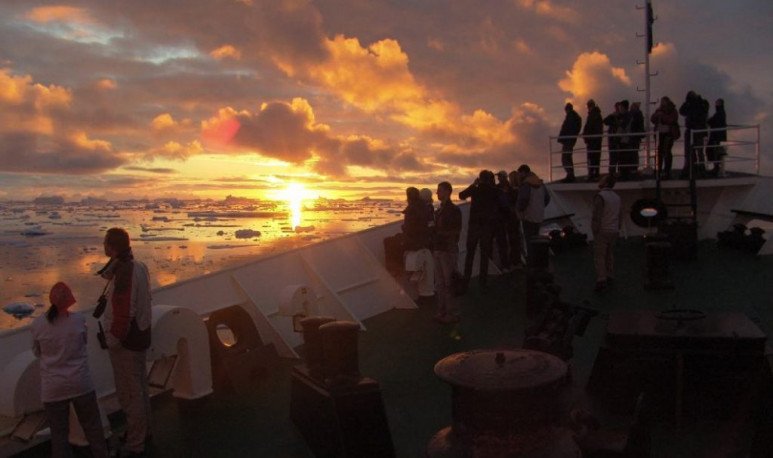 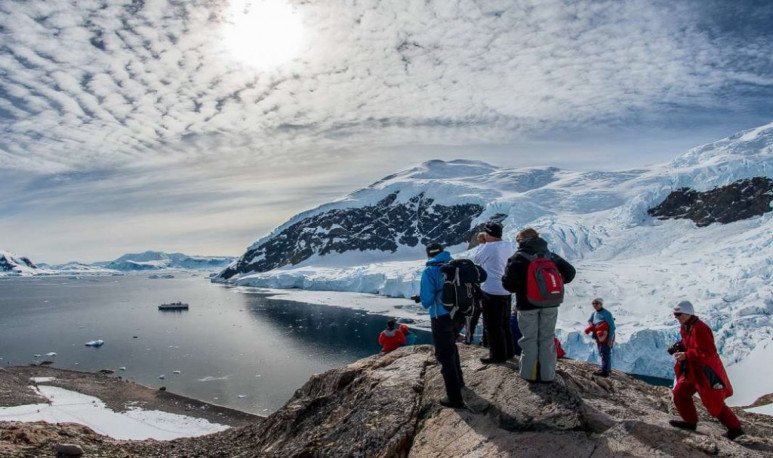 “Antarctic tourism is regulated by the IATTO ( Association of Antarctic Tourism Operators ) created in 1991,” says Muriel. The mission of this organization is to “advocate and promote the practice of safe and environmentally responsible travel to Antarctica,” all within what the Antarctic Treaty stipulates.And another definition that marked me and helped me want to make this adventure was when he told me that he was going to find “nature in its purest form” added to “every passenger who arrives in Antarctica becomes his ambassador.”

Itinerary of an inexplicably wonderful trip

It starts from Ushuaia , on the Big Island of  Tierra del Fuego .It takes a couple of days to cross the Drake Passage, as Mariano anticipates, “surfing turbulent waters.” But the innovative and narrow hull of the boat relieves dizziness and cuts the waves instead of hitting them directly.

All dressed in red parkas, provided by the shipping company, passengers are ready to disembark and get excited.The night before, because IATTO stipulates, the cruise team reports on how to interact with wildlife and what to do to minimize human impact on the Antarctic environment.The expedition teams “have specialists in various areas such as history, marine biology, geology, glaciology and climatology.”Among the rules indicated is to always stay more than 5 meters from the fauna, without interfering or interacting. And also keep all the visited sites as they are on arrival, leaving no traces. Before descending crew inspect everything each passenger wears, vacuuming and brushing to remove foreign particles such as dirt or seeds to protect the environment originating in Antarctica.“With climate change the conditions of the continent change and one can unknowingly carry seeds of plants growing in Tierra del Fuego.”

Troops of 100 people are lowered, so “I recommend you to hire expeditions with small cruises” so that waiting for the descent is not eternal and you are longer in the  continent .Once ashore, there is a trail of red flags that mark the way.Without realizing it, you can face the greatest creature ever seen in your life: a 2-ton sea elephant resting on the  ice . On the other side of the road you will have a curious Weddell seal, raising your head as if posing for photos.

A group of penguins, sitting on top of a rocky outcrop, with “an ocean covered in icebergs and huge snow-capped mountains in the background,” will look like saying “what is  photoI'm giving you”  . 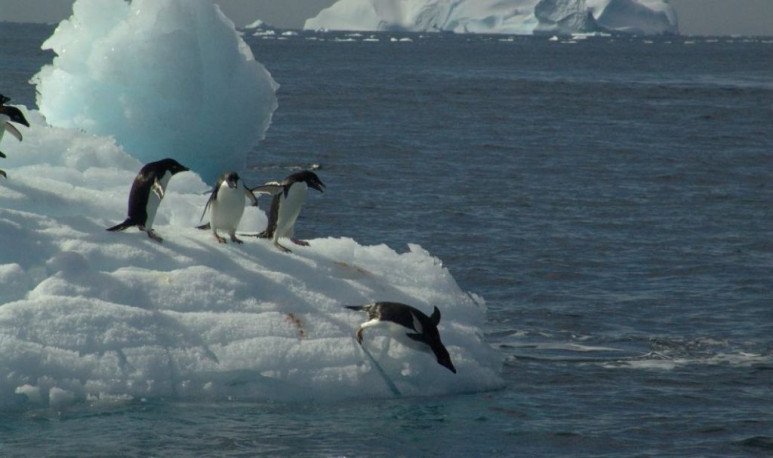 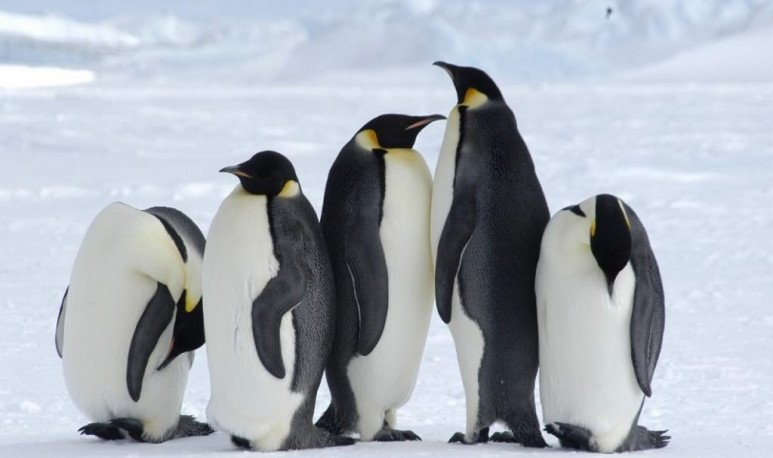 It continues along a trail, which leads to a colony of Emperor penguins, which reaches meter twenty in height. Next to them, the Papua, identifiable by a white strip located on the head above their eyes, which, in thousands, prepare their nests for the season. You will see them walk from side to side, slide on their belly and raise rocks with their spikes.

On the second day, you will wake up to a blue sky that will change your life, a slight icy breeze will notice where you are.Later, the bow of the cruise will go south to cross the Strait of Bransfield, the place where you will meet the so-called Antarctic sound.A unique melody, a music that bewitches all passengers who approach it. It is the gift that Minke whales make, a species that is around 7 meters in length, on the way to the frozen territory.

Later, it docks near the Antarctic Peninsula, “it's time to sail with the Zodiac (inflatable boats) between the icebergs.”In a moment the engine will stop and you will float in complete silence, enjoying the peace and beauty of Antarctica while gigantic masses of ice and some leopard seals will move around you.

The landscape found there is fascinating uneven to that of the islands, as you experience amazing views of huge icebergs and a unique geology rarely seen on another land.The weather will reward you with a lovely sunset like none you've ever seen before.The breeze will turn wind as the sun gradually glides towards the horizon as its colorful galas change.Dusk fades in a sunset of eternal hours, slowly shifting the sky and glaciers from a bright blue to an otherworldly rose.

On the third day the boats are used again to reach firm ice, “it is the only way to do it since there are no ports to moor”.Provided with snowshoes you will walk to the top of a peak that dominates the surrounding mountain ranges, its ridges will be crowned with waterfalls of subdued clouds. Even more attractive will be the opportunity to visit another penguin colony, where you will see Barbijo's, very similar to the protagonists of Happy Feet, will walk from one side to the other along the ice. Later on that day, you will paddle kayaks next to them as they swim in the shadows of glaciers.

On your last day in Antarctica, you will return to the South Shetland there, whoever wishes, can do a baptism in polar waters.The immersion lasts endless ten seconds, but the souvenir is certified in a diploma that delivers the capital of the cruise.Then warm up with a good bath and two cups of hot chocolate.

The next day you will leave that fantastic place and head north, once again crossing the legendary Drake Passage.The return stuns and subjugates, feels owner of everything that surrounds you because everything will be inside you, the sounds you hear will awaken the memories of what surrounds you, inside and outside, outside and inside.You'll have a last dinner on board while enjoying the slideshow speculating on what you'll do on your next Antarctic adventure.

Discover our tourist package to the white continent by clicking here

Rosario has a beach too!