The small rionegrina town of Guardia Mitre is located exactly on the opposite pole than Beijing. 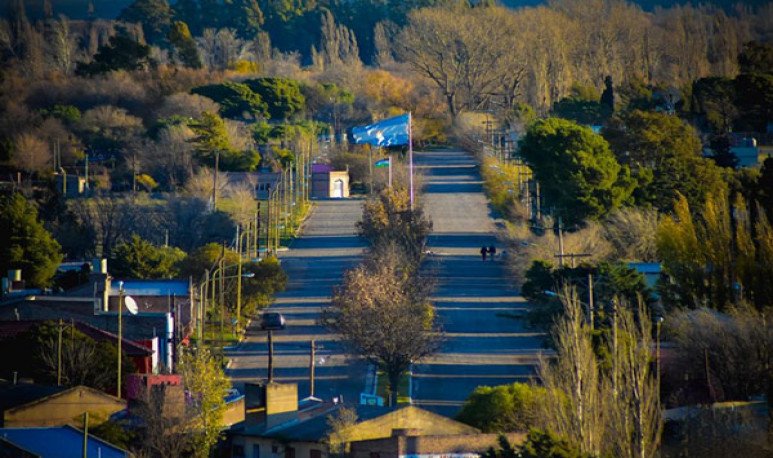 Between the  rionegrina  town of Guardia Mitre and Beijing, in China, there is a distance of 19,944 kilometers.  However, from the east they are very interested in forging a link to promote  tourism in that picturesque village of a thousand inhabitants. Why? because they are located exactly at the opposite pole.

If an enthusiastic guardian would dig a well, at some point he would meet one of the largest cities in the world. A contrast conversely would happen if they decided to do the same from Beijing. The truth is that this data caught attention in   China   and for some years it seeks to encourage tourism in what is for them the most remote site on Earth.

According to them, the exact reference of the opposite point between the two towns is about 60 kilometers from the ejido de Guardia Mitre

But we're going in parts. Where is Guardia Mitre?  Guardia Mitre is located about 85 kilometers from  Viedma , the capital of  Rí or Negro  , and in 1987, then President  Raúl Alfonsín , on May 27 of that year announced that the Axis  Viedma-Patagones -Guardia Mitre would be the new capital of Argentina . History is known and the Law to realize this did not prosper.

Already in our days, away from those words of Alfonsín, about three years ago, that “link” - or lack thereof, between Guardia Mitre and Beijing seduced the Chinese capitals to promote tourism from that country to the Patagonian province, although this year the project had to be slowed down, but the initiative is more than ambitious.

The idea is to be able to bring visitors once a month and tour the area, promoting the province of Rio Negro as a tourist destination in China. In addition, this could also be added the export of regional products  to the other side of the world: Patagonian lamb, wines from Rio Negro and fruits from the Alto Valle.

From the group of Chinese investors who showed interest and approached the authorities, propose to build on the precise point, in which Guardia Mitre joins Beijing a monument.

With this symbol, we seek to identify the exact point that marks the opposite pole between Guardia Mitre and Beijing.

To advance this initiative - in   pre-Covid times -  the Río Negro government gave in the northern bard of the Rio Negro one hectare of land for the construction of an obelisk of six meters so visitors will have a panoramic view of the site.

The small village was  founded on December 16, 1862  and functioned as a military outpost fortin to the west to protect the villagers who inhabited rural establishments on the north bank, dedicated to agriculture and livestock from possible malons.

He also became the posta of barges that arrived loaded with merchandise from Buenos Aires and brought fruit from the country to the port of Carmen de Patagones.

In the new village more families began to settle to work in fifths and dedicate themselves to the care of animals and thus took shape the ejido.  The first irrigation channel that is registered in  rionegrino territory was also built.

Already in 1899, there was a large flood that covered the entire Guardia Mitre, so the neighbors had no alternative but to take refuge at the foot of the bard. As the waters went down, many inhabitants returned to the old settlement, while others chose to stay where they were and there arose the division -to call it somehow - of the town in Pueblo Viejo and Pueblo Nuevo.

Now, far from that beginning as a fort to protect farmers, also far from that announcement by Raúl Alfonsín, the small town is on track to become the boom of Chinese tourism.