In the name of the Somuncurá Plateau, in Mapuche language, it means “talking stone” or “sounding stone”. 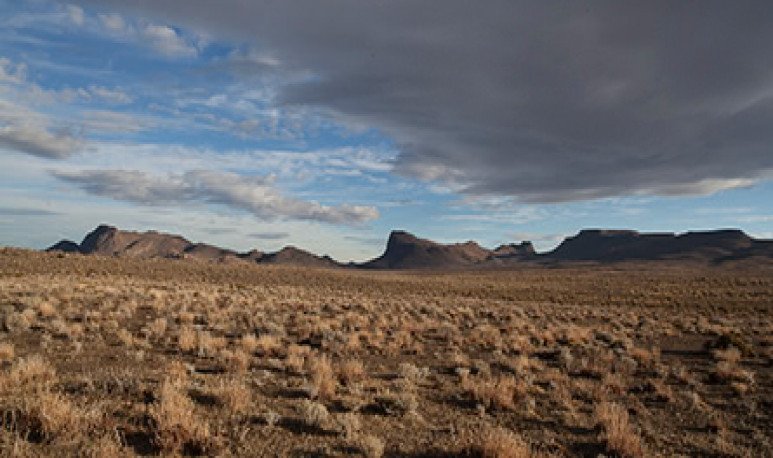 The  Somuncurá Plateau  , which covers part of the provinces of   Río Negro   and  Chubut  , which began to form 40 million years ago, it has witnessed the development of life on Earth and bears the marks that the passage of time has left on it. With more than  27,000 square kilometers , it rises to more than 1600 meters above sea level. In Mapuche, its name means  “talking stone”  or “sounding stone  ”. If the  Somuncurá plateau  spoke, he could tell us so many things.

Generated by the volcanic processes that took place there millions of years ago, it was carved since then by wind erosion and by the sea that covered it on several occasions intermittently. On its surface you can still see the mouths of these  volcanoes . The sea — for its part — drew on it gulfs, capes, tips and bays, and left on its surface, as tracks, fossils of marine animals and petrified coniferous forests.

On the plateau three environments are distinguished according to their relief: the countertop, volcanic mountain ranges and the perimeter of the plateau. On the  counter , or plain as the locals call it, we find a flat terrain 1050 meters above sea level. Its edges are extremely steep, making it difficult to access tourists and locals. The part of the  volcanic mountains  consists of a set of hills of varying altitudes. The highest can reach 1900 meters. Finally, on the  perimeter of the plateau  where the rim of the terrain is constituted, it can be noted how erosive processes generated deep entrances. Entrances that, often, coincide with the nascent of streams known locally as corners.

Its weather conditions are not known in detail because there is no weather station in the countertop area. The inhabitants are mostly located in the places at the foot of the plateau, or scattered near the lagoons (temporary or permanent). Above the plateau there is only one inhabited place: the town of Cain.

It is considered an area of outstanding biodiversity and exploring it offers the possibility of being in contact with a natural area of incomparable beauty, with sightings of an exclusive flora and fauna. There are species that can only be found in this place and nowhere else like  the naked mojarra , so called for lack of scales in an adult state. It is found exclusively in the network of tributaries of the Valcheta stream and was classified as a species in a vulnerable state of conservation. Another species in this same condition is the  Somuncurá frog . They also fall into the category of exclusives in the area, the lizard of the rocks and the vizcacha de la sierra (also called chinchillón or pilquín de Somuncurá) which presents a great ability to climb vertically the rocky walls.

Being a unique region, home to species of high conservation value, tourism activities are carried out with the greatest responsibility,  ecotourism  is the option that chose its inhabitants to preserve the uniqueness of the plateau. Hunting or collecting local stones or flora is not allowed. Transit in some places is extremely difficult because of the conditions of the relief and climate, that is why it is not recommended to visit it on your own. Taking into account all the recommendations, the options to travel it are many:     trekking   , 4x4, motorbike or   mountain bike    .   The wonders you book for your visitors are countless.

On the Somuncurá Plateau,  Patagonia  presents itself as in its origins: wild and lonely.