To prepare the annual ranking the FlightNetwork site conducted a survey that includes tourists, guides, operators and opinion leaders in the networks. 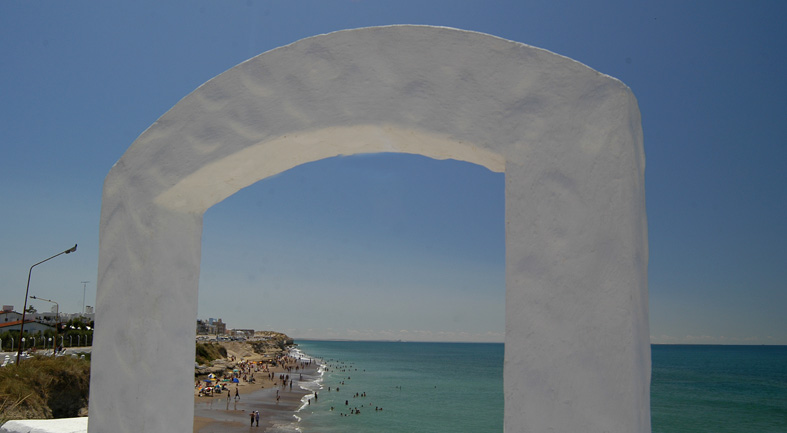 The beaches of the spa Las Grutas de Río Black, in the northeast of Argentine Patagonia, characterized by having the warmest waters on the coast of Argentina despite the fact that latitude could be inferred otherwise, were chosen as the best in the country and number 33 in all South America by the prestigious travel agency FlightNetwork.
To prepare the annual ranking of the Best 50 Beaches in South America of 2018, the site conducted a survey that includes tourists, guides, operators and opinion leaders in the networks.
“ Las Grutas is a paradisiacal beach. The spa town is relatively unknown and has a wonderful climate and stunning beaches,” indicates the famous reference site for thousands of people in the world. FlightNetwork highlights the extent of the beaches and the water temperature that reaches 27 degrees in summer. They are considered the warmest of the Argentine coast.
By these hours the hotel occupancy in the spa exceeds 90%, which translates into about 30 thousand people. It is estimated that throughout the area, including San Antonio Oeste (15 kilometers from Las Grutas) and Playas Doradas (31 kilometers from Sierra Grande), there are more than 40 thousand visitors enjoying their holidays.
According to Télam sources from the Ministry of Tourism of Rio Black, in the last 15 days of December about 50,000 people passed through Las Grutas. It is estimated that, until March, the resort will house some 440,000 tourists. Booking projections indicate that this January will exceed the figure for the same month in 2018, which reached 113,618 visitors.
Las Grutas is the main Rionegrin resort and is characterized by its wide, varied beaches and the warmth of its waters, which is the product of a natural effect of the Gulf of San Matías.

Outdoor first aid: everything you need to know