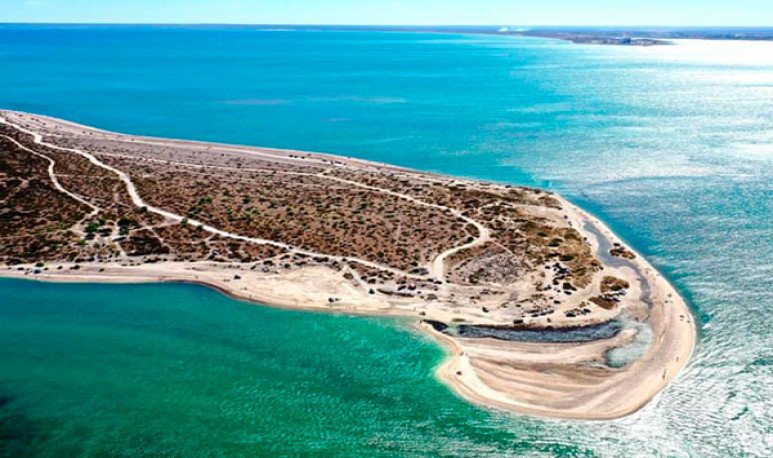 The province of  Río Negro   has accustomed us to dazzle us with its paradisiacal beaches  on the shores of the Argentine Sea.

In the summer classic of  Las Grutas , located a few kilometers from San Antonio Oeste, during the new millennium was added Playas Doradas , a resort near Sierra Grande to the southeast of the rionegrino territory.

The new hit of the coast of that Patagonian province is  Las Conchillas , a rugged resort, still little widespread but increasingly visited nestled in the access to San Antonio Este, where is a deep-sea port. 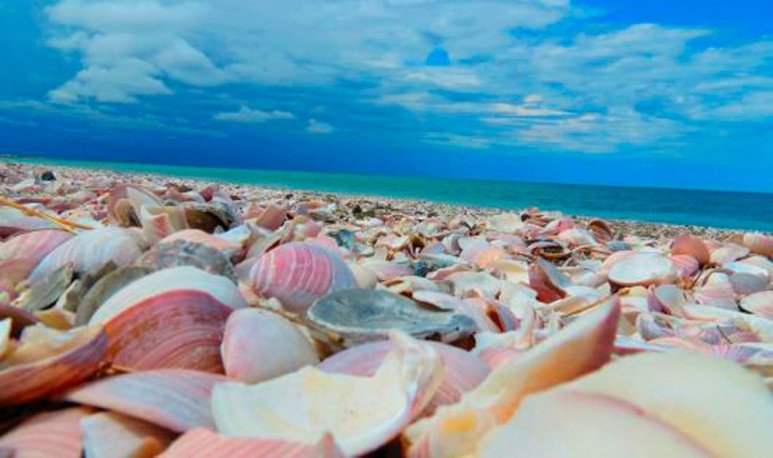 It is a space of about 12 kilometers of coastline, where the first thing one visualizes is the whitish surface provided by millions of shells of mussels, cholgas, clams and scallops that water dragged towards the coast . Those who know clarify that these are mollusk leaflets, and, among them, there are abundant shells of clams typical of that area, known as purple clams, which have a striking violet color that the passage of time -and wind - is giving other shades.

When you walk along the beach one can distinguish the shingles that have been least exposed to the weather because they retain more color.

The place is absolutely rugged  and is visited by those tourists looking for tranquility away from the large crowds of people, which one would not find in Las Grutas, for example. In Las Conchillas the amplitude is such that it is possible to be located tens of meters away from the nearest neighbor.

But being in a rugged place has its stuff. On the coast there are only two stops and there is no lifeguard service. Those who attend this beach know that you have to be equipped in the best way, whether you are going to spend only one day or plan to stay a few days. What is totally recommended are the dishes of the paradores, which offer diners dishes with varieties of seafood and  gastronomic offers based on the fishing of the day .

One of the great charms that this beach has is that, when the tide drops, the water withdraws hundreds of meters leaving a huge beach with fine sands showing the immensity of the sea merging with the horizon.

Las Conchillas invites you to long walks along its vast coastline in the tranquility of the Patagonian coast walking, listening to the waves, wind and creaking of the apartment.

It is also a beach that is attended by fishing enthusiasts. There are a lot of   fishermen   departing offshore on boats in search of fish and seafood. But there are also those who go in search of hunters, a kind of shark that runs through the seas.

The Deepwater Port San Antonio This is the point from where the fruit of the  Alto Valle del Río Negro  is exported.

It is located in the  San Matías Gulf  on the north bank of Punta Villarino and in addition to Las Conchillas nearby you can find different spas, such as  Punta Perdices , another little jewellery from the rionegrina coast.

San Antonio has a wide network of services for tourists to spend a pleasant stay, as well as a wide range of hotels, campsites and restaurants, outstanding for its dishes with ingredients from the sea.

Every October, the venue hosts the National Festival “Las 6 Horas del Pejerrey”, an event that brings together thousands of enthusiasts about sport fishing. Participants are scored year by year in search of being able to fish beautiful specimens of pejerrey, with the aim of obtaining some of the cash prizes that are given.

The spa that owes its name to a shipwreck