The La Trochita train will return on weekends. 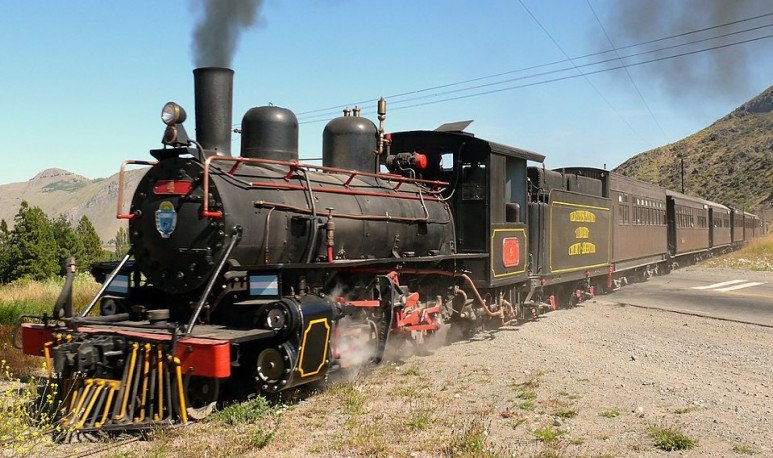 Speaking to Telam Radio, Néstor Bruno, president of the Patagonian Train, said that in Ojos de Agua he will descend “with the option of having lunch” where “there is a cooperative that deals with giving food to people if they prefer; if not, they can bring food.”

“People should keep in mind that by protocol we cannot bring a dining room nor can we offer the service of vianda,” he added.

“After lunch, at 14:15, we return on the train, the same 2-hour tour is made again until we reach Ingeniero Jacobacci,” he added, and stressed that “there will be discounts of 30 percent for children from 4 to 12 years old, for retirees and for residents of the province of  Rio Negro ”.

“Passengers traveling in  La Trochita  - he continued - can reach Ingeniero Jacobacci on their own by car, and for those who are in Bariloche there will be an excursion that leaves Puerto San Carlos, in a guided bus that leaves at 7 in the morning,” he explained.

The bus starts from Bariloche and runs through the entire forest area, the transition zone and then much of the steppe along the RN 23 until you reach Ingeniero Jacobacci at 10:45, where travelers board La Trochita.

“At 16:00, when they arrive at Ingeniero Jacobacci, they again board the bus with the guide to return to  San Carlos de Bariloche , approximately between 19:30 and 20:00, “added Bruno.

As for the Patagonian Train, which from January 8 began to travel from Bariloche to Viedma with all the intermediate stops, Néstor Bruno assured that there are all the protocols approved, both by the CNRT and the  Ministry of Health .

The training leaves Viedma, at 18:00, on Fridays, and on Sundays, at the same time, from Bariloche to  Viedma , with all the intermediate stops for the people of the villages of the south.

“Passengers can ascend and descend the train in each locality, which we have already agreed with each of the mayors so that there is no problem in terms of the saturation of the health system,” said the president of the Patagonian Train.

He added that “the idea is to continue with the frequencies once a week, on Fridays, as I said, from Viedma, and on Sundays, from San Carlos de Bariloche.”

The Viedma to  Bariloche  rate has 10% discounts for residents, while pensioners will be 20% and 30% for children aged 4-12.

“The discounts are not cumulative, that is, if they have a retiree discount, they do not have a resident discount,” he said.

On the other hand, he stressed that “at the moment we are dating the  Rio Negro Express , which is a motor car - the last train acquired by the company -, which has capacity for 106 people, but that by protocol we can leave with 80 percent of the occupancy at most.”

This train does not have a place to carry extra luggage, so they only have to travel with a handbag that does not exceed 55 centimeters by 45 centimeters.

It is a formation that looks more like a long distance bus, without extra cellar, with Pullman seats that by protocol can only be reclined up to 45 degrees.

“These services will continue to calculate that, until mid-February, and then we will evaluate if there are chances to put the biggest train,” Bruno said.

As for sanitary measures on the  Patagonian Train , Néstor Bruno explained that when passengers arrive at the station they take the temperature, “they will have to sanitize their hands, and at the entrance there is a person who will attend them and tell them how they should continue.”

“Then they have to submit the documentation, the passage, they have to file the Care application and must complete an affidavit,” he said.

And he clarified that “there is also a place on the train, which is separate, for in case there were any suspicious cases with symptoms of  Covid-19 , it isolates it in that place until we reach the first population, where we call the health system of that place to be done charge at the first station of this person.”

On the website www.trenpatagonicosa.com.ar you will find all the information about the Patagonian Train and about  La Trochita , and where you can buy tickets online.

“There is a button where it says online sales, and clicking will display a map with the availability of the car, with the seats that are available, which are those in the windows because those in the aisle are blocked,” he said.

He added that in the event that families or couples who want to travel together, they can do it, but they can not book it on the web, but they have to contact our booking center -on the page is the email address and the telephons-, where they will attend and go to locate them all together so that the family group travel that way,” he concluded.