Home Travel Río Negro La Pera has its national holiday, you know that?

La Pera has its national holiday, you know that?

In the province of Rio Negro, in a city that does not go out in the newspapers, this holiday is celebrated, we tell you everything. 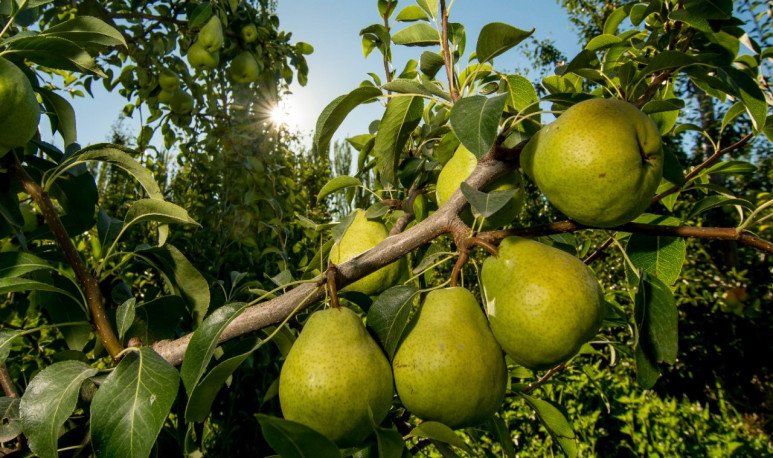 In the city of Allen, located within the  Alto Valle del  Rio Negro, the National Festival of La Pera takes place in January. This municipality is divided into two by the RN 22 and its historic center just 6 kilometers north of the river coast.

As in most of Patagonia Argentina, the first settlers arrived after the so-called Desert Campaign. The Argentines were joined by immigrants, Italians and Spaniards in the majority. The composition of the population remained since then, Allen was composed mainly of descendants of those first Italian, Spanish, Chilean, French and German immigrants.

The construction of the Bahía Blanca - Zapala railway, provided the area with a stable connection, and attracted the first forgers of the place. Among these pioneers were the Piñeiro Sorondo brothers, who faced the foundation of the village and carried out a farm on which later developed the most important winery in the region, a meteorological station and an experimental station of viticulture. Whoever is going to live the National Festival of the Pera can also visit the Bubalcó  Zoo  designed for visitors to observe the species in a natural environment. The place abound native willows, mountain of jarillas, cortaderas and coirones, which houses a varied native wild bird fauna. The architecture is confused with the environment in a perfect harmony between the satisfaction of needs and the exhibition of animals. Along the tour, whoever visits it, you can travel along guanacos, llamas, fjord ponies, Somali sheep and shocks. Bubalcó, in addition to possessing the largest aviary in the world, was declared of scientific, educational, conservationist and tourism interest, by the Legislature of the Province.

As in many provincial cities we also find the local museum. It works in the building of the old railway station of the city. There in addition to the permanent exhibitions there are temporary exhibitions of different objects, furniture, photographs and documents. The place not only rescues, but recreates the lives of the first settlers and immigrants who arrived in the Alto Valle area.

Time travel is what Talampaya National Park has to offer

Overdose of beaches in Colón to exploit our Vitamin D

A lake that does not live up to its name