The reef was created on the shores of the rionegrino spa, product of the sinking of the ship “Chiarpesca”. 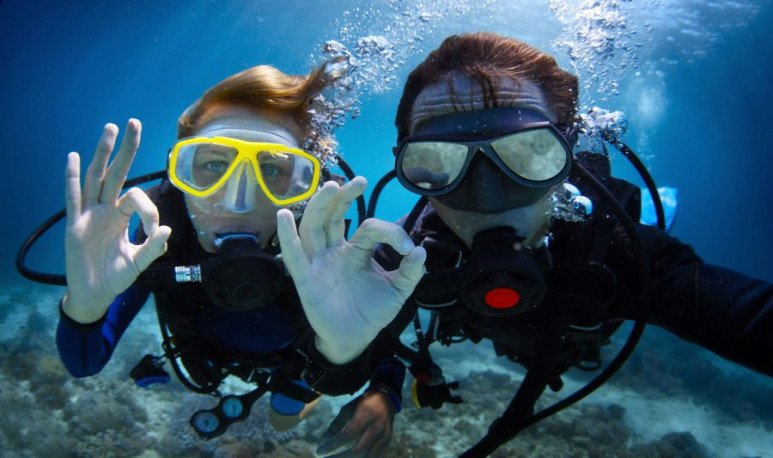 The artificial reef that was created on the shores of the rionegrino spa of Las Grutas, product of the sinking of the ship “Chiarpesca”, has generated a boom in the practice of recreational diving, an  activity that can be carried out all year round  and that has had an exponential growth in the area, trend that follows what happens in different tourist sites worldwide.

The Chiarpesca, a 38,30 metre long vessel used for hake hubbsi fishing using trawls, was adapted to be used as a sports diving environment, for which it was “placed” between 18 meters deep at low tide and about 22 metres during the high tide.

At a distance of 7 kilometers from Las Grutas beach , it remains next to the ships Don Félix, sunk in 2007, and the Marina Rojamar, which are already part of the landscape and are visited by divers of different levels.

Claudio Barbieri, experienced diver and benchmark of the diving company Cota Cero, explained that “recreational diving is a way of sightseeing.”
“ We are also a national diving school, the N°20 of the Argentine Naval Prefecture, in that framework we have developed for more than 20 years spreading the activity, more than anything doing diving courses,” he added.

The artificial reef system is used in the world to increase the supply of diving practice and there are several models, but the most widespread “is to use old ship structures that prepare for that purpose and sink,” said Barbieri
“This is how the park project was born artificial, which began with the sinking of the ship Don Felix in 2007. It is a long process, because you have to condition the structure well. This is a protected natural area so everything is under approved environmental impact study.”

Barbieri indicated that, only in the province of Buenos Aires, there are about 300 schools and about 50,000 active divers in the country.
" Diving courses in the world can be conducted from 10 years to 99 , “he said, but clarified that there are degrees of complexity that involve”a greater degree of responsibility,” he said.

The principle of diving is to breathe down the water through the right equipment, enjoying what you are seeing, “from there in more you can become as complex as much as we want,” said the diver.

A diving baptism around 2500 pesos  and consists of an informative talk the first dive in the pool with all the equipment and a protected environment, and “once set there is a dive in the sea from 12 to 30 meters deep, 15 minutes, always accompanied by a professional”, precise ó.

The activity is carried out throughout the year, with  better visibility under water during the autumn and winter months, although during spring and summer the benefit is the ambient and water temperature .

The project seeks to create an artificial reef park that will enhance the development of the diving activity, started in the region in the late 90s, by Cota Cero and the Salvamento y Diving Company El Austral, in conjunction with Turismo de Nación, the Government of Rio Negro and different institutions in the area.

The park space provides attractions for all the public and will offer a specialized activity for experienced divers, to give greater tourist potential to a sea of transparent waters, pleasant temperature and varied underwater flora and fauna.