Home Travel Puerto Iguazu received one and a half million visits this year and is a record.

A classic destiny that continues to be reinvented. 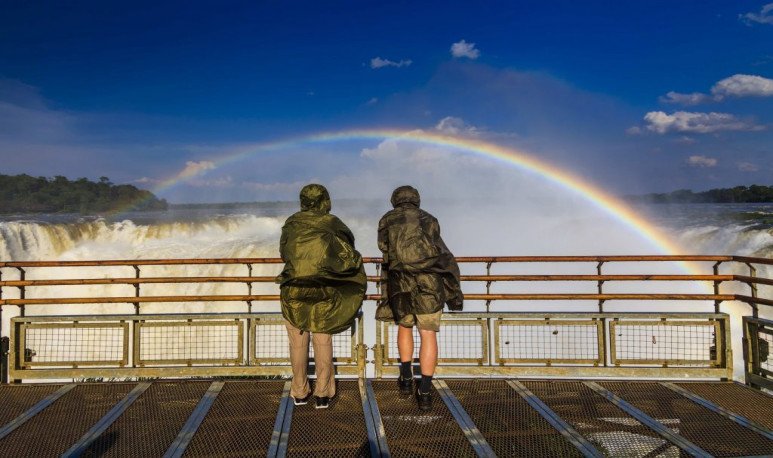 Puerto Iguazu reached a new record of visitors so far this year to receive almost 1.5 million tourists, 15% more than the figure reached in the same period in 2017, reported Iguazu Tourism Ente Municipal (Iturem).
The head of this organization, Leopoldo Lucas, said that "the adaptation to new challenges and the articulation between the public and private sectors was fundamental for this year to be successful" and said that this summer "will be very good".
"The hotel beds distributed in 320 establishments have an average level of reservations above 70% for the first month of the year, and that index is very good," he said.
Lucas said that despite a difficult economic year, "we had a record number of visitors to the Iguazu National Park" and said that the Iguazu Falls "will surpass one and a half million visits before the end of this year.
The Iguazu Falls received 1,426,512 tourists between January 1 and December 6 of this year, which is a new visitor record for Puerto Iguazu's most important tourist attraction.
The president of Iturem said that "this achievement was possible thanks to the great task of promotion that we developed throughout the year both locally and internationally.
"In this way we were able to break the seasonality and advance in the objective of making Puerto Iguazu a destination for the whole year", the official remarked.
Lucas recognized that the best positioning of Puerto Iguazu as a tourist destination "is directly related to the good articulation and accompaniment that was achieved between the public and private sectors of the sector.
"Also very important was the improvement of air connectivity, which made possible the arrival of more local and international tourists thanks to four new airlines arriving at this destination from almost the entire country," he said.