Patagonia is also a land of beaches: write down to choose your next destination. 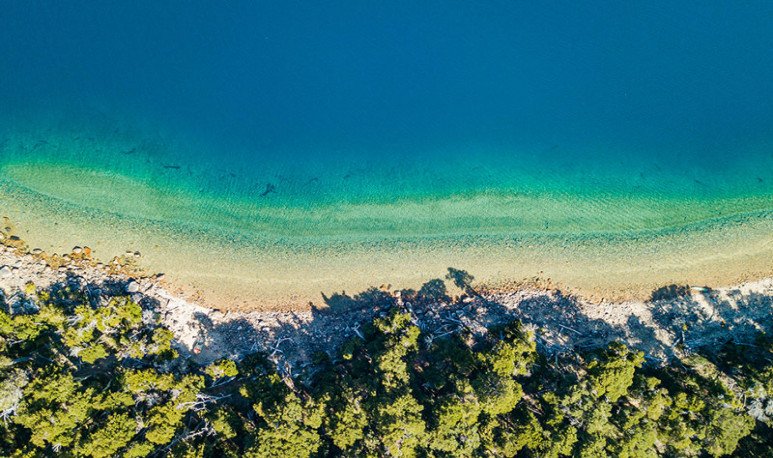 Mention the  Atlantic Coast  automatically refers us to the classic Buenos Aires resorts such as  Mar del Plata , Carilo,  Pinamar , San Bernardo or Mar de Ajó . Also to southernmost towns such as  Monte Hermoso  or Pehuén-Có . However, in   Patagonia   we can also find a large number of spa villas that attract tourists and are increasingly crowded.

Let's take a coastal tour from north to south and get to know what are the most beautiful seaside towns in Patagonia.

In the vicinity of  Viedma , the capital of that province, we can travel the cliffs route and enjoy just 30 kilometers from  El Cóndor , a family spa, also ideal for fishing and sports such as kitesurfing, windsurfing or carrivelism -by the wind-, which also has the colony of parrots the largest barranqueros in the world.

Traviting another 30 kilometers you can reach  La Lobería , a beach with natural piletons undermined by the sea that, when low tide, can be enjoyed. Every summer this site is more crowded and also has a nearby attraction, given that three kilometers away is the  Provincial Faunistic Reserve of Punta Bermeja, where viewpoints allow you to spot the largest continental colony of sea lions with a hair in South America.

Immersed in the peace of Patagonian immensity,  Bay Creek  gives us a wide beach between dunes and cliffs. A few houses give color to the rugged landscape of this warm and family resort located about 90 kilometers from Viedma.

In the area of the deep water port of  San Antonio Este , we can find the white surface of  Las Conchillas , a beach that owes its name to the shellfish leaflets that flood the 12 kilometers of coastline.

Punta Perdices  is another of the paradisiacal places to visit along the rionegrina coast. Crystal clear water and calm sea make this place a must-see place.

Almost no introduction,   Las Grutas   is the best-known spa resort in Rio Negro. Located within the district of San Antonio Oeste, it is known for its warm waters, with temperatures reaching 25 degrees and its beaches nestled among piletons and cliffs.

Before crossing the border towards   Chubut   through Arroyo Verde, we can not miss visiting  Playas Doradas , located just over 30 kilometers from Sierra Grande. It has a main beach of about three kilometers and other small spas.

Once in Chubutense lands the  Valdes Peninsula  invites us to enjoy Puerto Pirámides and  Puerto Madryn  . The first town, a peaceful seaside resort from where  whale watching  take place during the season, while the summer multiplies exponentially the crowd. Young people arrive massively in this space, making it already a classic ritual the reception of the New Year on its beaches.

Like Las Grutas, Puerto Madryn does not require a presentation and is an unmissable destination for any tourist visiting the province of Chubut. In the port city summers are enjoyed on its extensive beach that runs through the city from one end to the other.

Playa Union  is another destination chosen on the hot summer days in northeast Chubutense. It is a spa that belongs to the provincial capital,  Rawson , which also has an extensive space to welcome tourists who, when the tide goes down, can enjoy the fullness of the sea.

Already several kilometers to the south, the village of  Camarones , which has a historic fishing tradition, offers quiet beaches, fine sands and rugged spas to enjoy with the family or with friends from the coastal tranquility.

At 15 kilometers from  Comodoro Rivadavia , Rada Tilly is the most important spa in southern Chubutense, which invites us to enjoy its quiet beaches with firm ground and fine sand, from where sunsets are enjoyed.

We continue on our way and start for Santa Cruz

Already in the province of  Santa Cruz , a few kilometers from crossing the border we are in the Gulf San Jorge basin, which gives us the more than four kilometers of silver  Olivia Caleta .

In  Puerto San Julián , it gives us a variety of beaches repaired by large cliffs that, in addition to refreshing on these hot days during the Patagonian summer, invites us to make an extensive tour to get to know them in depth.

Without a doubt, the Atlantic Coast is not only Buenos Aires heritage, and Patagonia invites us to know its wonders on the shores of the Argentine Sea.

Everything you need to know about Puerto San Julián