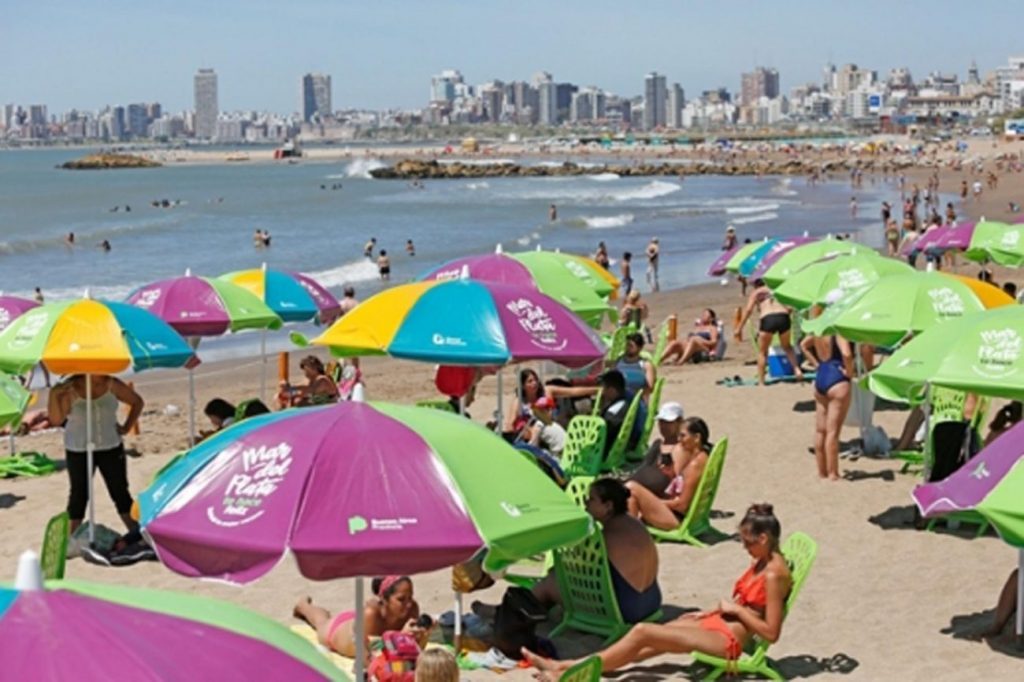 Two public beaches equipped by the Province of Buenos Aires with free services, toilets and shaded spaces in the city of Mar del Plata will be put into operation, according to Gov. María Eugenia Vidal.
This initiative of the provincial government will run for the second consecutive summer in the northern part of the spa town, where more than 450 umbrellas will be available until March 5, with a capacity of almost 2,500 people.
“ The new beaches are so everyone can enjoy this summer, because we know it cost many families to take vacations,” said Vidal on the Rambla marplatense, during the launch of the Operative Sol.
They will run seven days a week from 10 am to 19 pm, and in addition to free use umbrellas there are bathrooms, lockers, showers and access for people with reduced mobility.
These two paradores will be located on Avenida Félix U. Camet between Florisbelo Acosta and Lijo López, that is in La Costa at the height of the Museo Mar and Avenida Constitución.
This year, the program of public equipped beaches also incorporates the cities of Necochea and Mar de Ajó, where there are two spaces with umbrellas, services and recreational areas.