This particular and quiet villa is located in the east of the province of Neuquén, within the tourist area called Estepa de los Dinosaurios.

Located 80 km from the capital Neuquina, it was built on the west bank of the Ezequiel Ramos Mejía reservoir, which constitutes an oasis formed by a landscape of plateaus typical of the relief of the Patagonian desert.

The red sandstone soil of  Villa el Chocón  and the coast of the reservoir are rich in fossils, which has led to the town being known as El valle de los dinosaurs.

One of the most important findings in the area were the  fossil remains  of the world's largest carnivore  Giganotosaurus carolini , found in 1993 by Rubén Carolini, an amateur of the  paleontology .

In addition, there are traces of minor saurians, traces of three meters long, the  petrified forest,  also found by Carolini. Currently this heritage is protected by scientists and researchers, who have carried out fossil conservation and reproduction works, many of them are on display at the Ernesto Bachmann Municipal Paleontological Museum.

The energy of a villa

The town arises from the construction of the hydroelectric dam on the Limay River which generated a reservoir of an area of 816 square kilometers. The urban plant, built by Hidronor S.A, more than 25 years ago, required large investments in material and technology. From the construction of these works there were important changes in regional physiognomy, and an area rich in fossil remains, petrified trees, remains and imprints or traces of  dinosaurs , which today constitute the most important attraction.

The creation of the villa required careful architectural planning, with intense afforestation of its streets and parking of public places, achieving a microclimate and landscape very pleasant for urban life.

The main economic activity is concentrated on the generation and transport of energy produced by the hydroelectric power plant with a power of 1,200 kW. Since 1994 it has been concessionized to a Chilean-American private consortium that will operate for 30 years.

The architects Antonini, Schon and Zemborain participated in the design of Villa El Chocón, which was designed in 90 days, in 1968. It was concreted into a civic activity center materialized by buildings linked by streets and squares; and a pedestrian urban plot that relates it to the homes located on terraces overlooking the reservoir.

In Villa el Chocón and its surroundings prehistory arises in every corner of its lands. One manifestation of it is the traces or ignitas of herbivorous and carnivores dinosaurs dating from around 97 million years found on the lake coast. There is a site museum to protect and interpret them. The dinosaur valley is a great attraction. 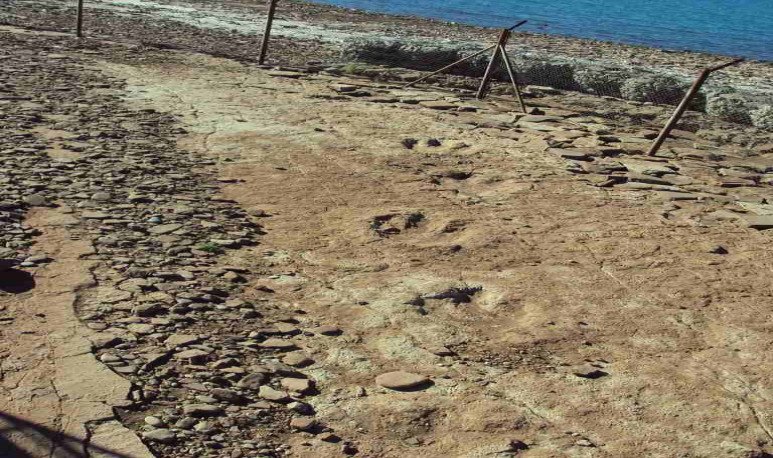 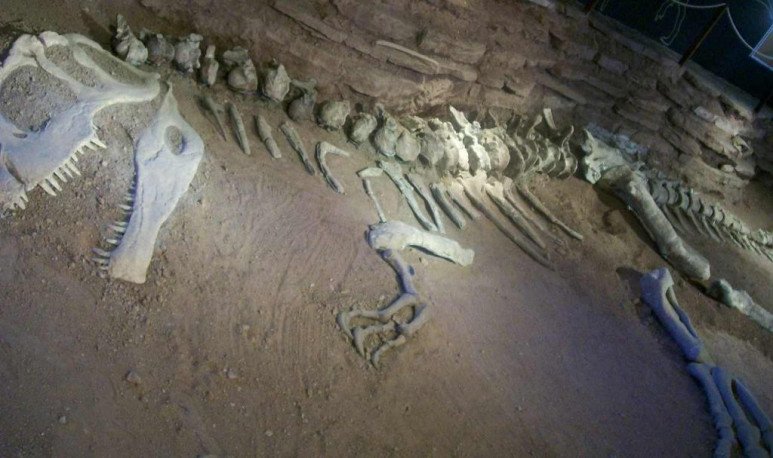 To do and get to know

Villa el Chocón and the Ezequiel Ramos Mexía reservoir are also stages for the practice of water sports. They offer all the comforts for visitors with varied possibilities of walks and tourist attractions. One of them is the hydroelectric dam built on the Limay River.

Other places that deserve to be known are Cañadón Escondido with 20 km long and a depth of 80 meters. It consists of layers or strata of millions of years, where you can observe plant fossils, traces of dinosaurs. Immense rocks called Los Gigantes emerge from the lake that attract by their majesty. In addition, you can visit the Church of Our Lady of El Chocón.

Rosario has a beach too!