The Dean of National Parks

The Nahuel Huapi National Park, a marvel between Bariloche and Villa La Angostura. 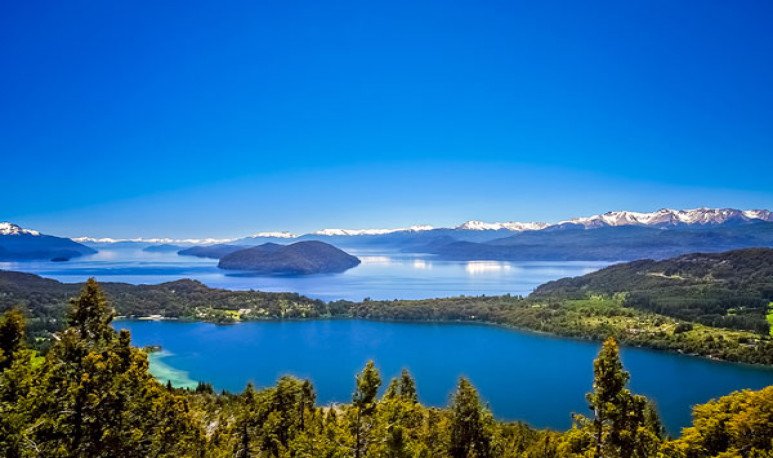 Nahuel Huapi was the first  national park  in Argentina , located between Bariloche in the province of Río Negro , and  Villa La Angostura  in  Neuquén , has almost 720 thousand hectares in a vast territory that invite you to an exhaustive tour to know all its wonders.

Inside it is sheltered a small sample of all the diversity of  Andean Patagonia  in its maximum splendor, in terms of its ecosystems: forests, steppe, high mountain and water basins.

Its initial name, in 1922 was “South National Park”, but eight years later the Congress of the Nation passed legislation that, in addition to changing its name, incorporated more territory and began to promote its cultural diversity - with the native inhabitants and the migrants - and work from an intercultural approach to integrate human well-being with nature conservation.

The offer of  Nahuel Huapi  National Park is varied and for different audiences, depending on whether they are looking for tranquility, some exercise, fishing, walking with little difficulty or walking the waters of the mirrors of water that there are inside the complex.

Departing Bariloche on the RN 258 (road to El Bolsón), after 55 kilometres. of march you will reach a detour on the right, in the area known as Pampa del Toro, towards Lake Steffen. From there, on a gravel road, in not very good condition, and after passing through the Huala Hue lagoon, you will reach the campsite that is on the lake shore. Keep in mind that on this tour the access fee to the Nahuel Huapi PN is paid.  Lake Steffen is a mirror of water boxed in the mountains to enjoy tranquility from the shore, fishing or nautical activities.

Equally imposing,  Mascardi Lake  offers numerous places for camping and picnics. An ideal place to go trekking in the surroundings or fishing in its waters. It is accessed from Bariloche by Route 40 South, heading towards El Bolsón, it is about 30 kilometers and on the right you can see the side of Lake Gutierrez, and then see the Mascardi Lake.

Another must-see is Cerro Tronador which is surrounded by seven glaciers on the border between Argentina and Chile. Its name derives from the noises that it produces when there is an ice detachment. It has a height of 3554 meters above sea level and is the highest in the vicinity of Bariloche. There is the  Manso River , a watercourse that goes down zig zag from the hill, to cross the mountain range and flow into the Puelo River in Chile.

There are not a few who recommend in the Park, give it a chance to sail: catamaran trips to  Victoria Island  -the largest  lake Nahuel Huapi - and also excursions to  Puerto Blest . In the latter, the walk begins in Puerto Pañuelo to travel through the Blest arm, the most important of the seven that the lake has; the entrance of this arm is framed by two hills: Chapel and Millaqueo. Also, you can see the Isla Centinela, where the remains of Perito Moreno, creator of Argentine national parks, rest.

The excursion of Victoria Island, meanwhile, leaves Puerto Pañuelo and you sail about an hour enjoying the magnificence of the landscape. Within 30 minutes you reach Puerto Anchorena, located in the central and narrowest area of the island and its service center.

You can also access the  Quetrihué Peninsula , on whose surface is the  myrtle forest . It is the only place where this species takes arboreal shape and also grows in wooded formation. For this reason, it was decided to split this location from Nahuel Huapi National  Park to create Los Arrayanes National Park .

In addition to having all kinds of accommodation in Bariloche and Villa La Angostura, within Nahuel Huapi National Park there are multiple options to stay overnight, from hotels and inns, to mountain shelters. It also has rugged campsites and other more organized campsites and some services.

A place with alternatives for every taste and reach for all budgets.