Lake Quillén and its trails contain the most emblematic landscapes of the Lanín National Park. 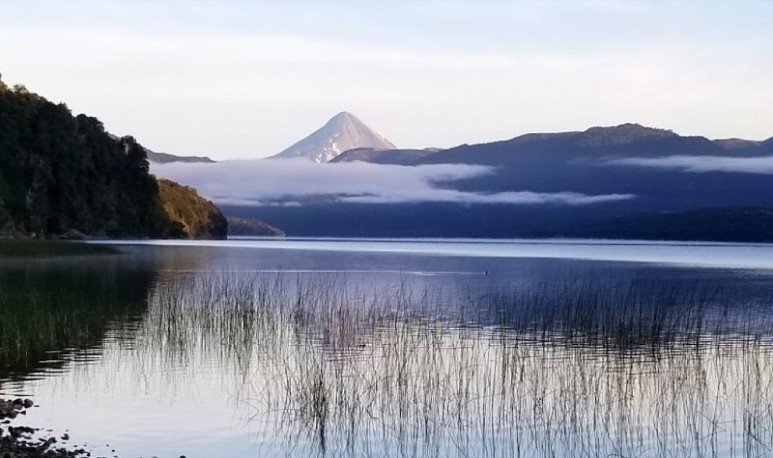 The visit in Neuquén to the Lanín National Park can be repeated season after season that  tourists will always be able to know new places.   In the north of the imposing Lanín volcano is one of the most beautiful and quiet triads of  Neuquén lakes: Ruca Choroi, Ñorquinco and Quillén. The latter is  one of the geographical points where you can best appreciate the beauty of the volcano . Its name means “frutillar” in Mapuche language and its restless rolling beaches, place it as  one of the most beautiful lakes in the province .

The location of Quillén is 56 kilometers from Aluminé by RP 23 and then 46. As you follow the road, you can start enjoying the splendid view of Lanín volcano and its  thick forests of ñires and cohiues . Those who like the crossings have the trails to Añihuaraqui, on the western coast of Quillén and the Valle del Arroyo Malalco, in the land of the  Mapuche  Lefiman Community. In addition, you can access the  Laguna Negra trail from there. From the Community, those who want to visit it must travel 5 kilometres where they can appreciate the  transparent waters of Malalco .

In addition, hiking fans have the way to  Hui Hui Lake, which means “voice of the toads”, also in Mapuche . It is a 100m slope road that in the 1930s was used by loggers and today is in disuse, so it can be  enjoyed on foot or by bike .

If you make the full road from the services area of the Park there are about 13 kilometers of walking in total, but you can also depart from the  rugged campsite,  about 3 kilometers later. The trail borders Lake Quillén from your right and presents no difficulties.

One of the most beautiful areas of the route is that of  Pudú Pudú ; the beauty of its  green beaches and the proximity of  Lanín volcano make this portion of the Quillén a mandatory stop. From there are only  7 kilometers  that can be traveled in an hour and a half or two one-way. Keep in mind that in Hui Hui Lake you can not camp, so you have to count the time back.

On the left bank of the trail you can see the slope of  Cerro Desfiladero , where the forest changes and other species and remains of old dead trees can be seen.

At one point along the way you reach a viewpoint from which you can see Hui Hui Lake and its two islands and from there the trail begins to descend towards a pampita. A few meters later you reach Hui Hui Lake, where there is a  small beach with rolling lawn, where you can relax under the shade of a tree and with a splendid view.

Lake Quillén is one of the Argentine lakes most chosen by locals and tourists when it comes  to a fishing trip, with friends, or simply to rest in the absolute peace of Neuquina.