We present you to the livestock town of Loncopué, cradle of a peculiarity rock formation in the north of Neuquino. 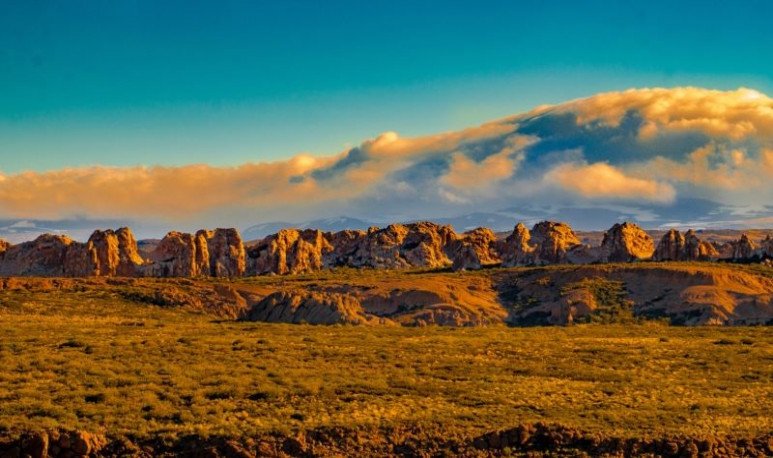 To visit Loncopué, the only road to good asphalt is the  RP 21.   The route runs through the Haichol, Codihue, Huarenchenque and Yumu Yumu streams. Once arrived in the city, the tourist begins to appreciate  large areas of field with many cattle ; and Loncopué is a  cattle center par excellence , one of the largest in Patagonia, but above all things, Loncopué is a goat laboratory: From 2008, is approved by the National Service for Food Health and Quality (Senasa) for the  Campana Mahuida Experimental Station  as a center for  artificial insemination and embryonic transfer  of cattle, sheep and goats. This allows  the genetic material to be commercialized to other countries,  such as Chile and Brazil, which makes it one of the largest meat basins and scientific experimentation area in Patagonia. Such is so, that since 2006 it has its own  Livestock Show and Traditional Festival  to exhibit the various breeds and genetic advances in this economic activity. 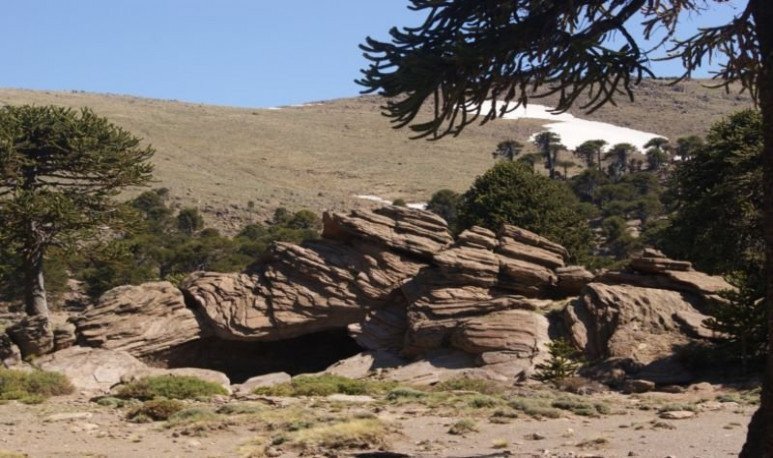 The city is characterized by being the main service center of the   Copahue Thermal Complex  and for the different places that can be visited from there, surrounded by landscapes characterized by fields with soft declines and attenuated hills to the north and east; to the west of Loncopué stands the Andes Mountains where  araucarias and streams  provide a unique and special framework.

Among the places that can be visited are the  “High Towers” , a natural set of 8 cylindrical columns eroded by the wind and arranged in a circular form along the banks of the Agrio River. But perhaps the most spectacular landscape in the area is provided by the “ Riscos Bayos” . These comprise a rural establishment of 1380 hectares with  curious stone formations located in its land produced by volcanic ash  deposited in the Tertiary Era, then  compacted by glaciations and eroded by wind  .

The “ tears of the volcano ” as this rock formation is known, is a curiosity in the world as there are only three : one Cappadocia, Turkey (declared by Unesco world heritage in 1985 for its geological and historical importance); another in  Mexico  and the third, in Neuquén, a few kilometers from Loncopué, on kilometer 16 of route 26, which leads to Caviahue-Copahue.

There is also the beautiful estancia  “Las Tres Marias”  on the mountain valley and bordered by the Agrio River and the Yumu Yumu Yumu stream; and other sites such as  Chenque Pehuén  , the  Agrio river  basin, the  Hualcupén stream  ,  hill La Parva  and the cajón de Almaza  .

On Saturdays and Sundays there is a  handicraft fair  where fabrics, farm products and orchard are sold.