A Neuquino paradise suitable for fans of nature and poetry. 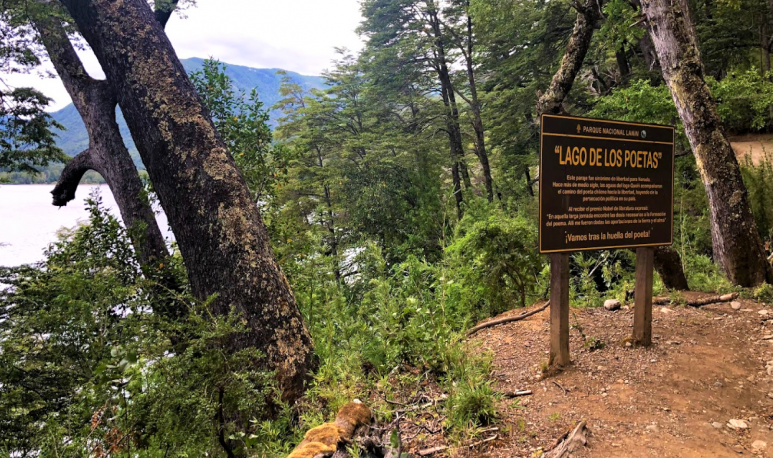 Lake Queñi is  one of the lesser known paradises in  Neuquén   . It is located in the southern department of Lácar and within the Lanín National Park. The difficulty in accessing makes  the tourist usually choose other nearby  lakes   . In addition to being a small mirror of water of an unprecedented beauty, 3 kilometers away are the  Termas del Queñi, with three pools of water coming from underground napas . The strawberry for dessert is that this was  the place chosen by Pablo Neruda and other Chilean exiles  when they fled for persecution of the communist party, of which he was a senator, during the presidency of Gabriel Gonzalez Videla.  Sounds like a lie, but this place exists.

The lake is not characterized as one of the largest, rather on the contrary.  It is located about 30 kilometers from the city of  San Martín de los Andes , and about ten kilometers from the border with Chile . Its calm and appeasement make it the  ideal place for any type of retreat . Water is usually ironed and almost does not run windy.  The lake surface is super boxed between mountains, but has some green and little rocky beaches . The camping area of the Queñi is rugged, that is,  there is no one who collects waste or charges any kind of tariff and there are no bathrooms.  This can be as positive as it is negative, since  some people do not become aware of the paradise  in which they are and perform all kinds of pollution.

Access to the lake is somewhat difficult, but any vehicle can do it. “The region of the poets” as this portion of Neuquin land is known, is completed by Lake Nonthué, the Lácar, the Escondido, and the Quila Quina waterfalls.

The Baths of the Queñi are the perlite of the place.  The 3 swimming pools and the waterfall that feeds them are 3 kilometers from the lake on a  mountain trail and low difficulty  . The river of the same name, performs its mouth at the  optimal  fishing point . The person who does not practice this healthy sport can simply watch the sun fall behind the park ranger's house, and feel how the trout jump to dinner their insects. In addition, the forest of lengas, coihues and ñires hides a fantastic secret: At night,  you can observe glow in the dark caterpillars.

The region of poets

One of the poems dedicated to the lake the great Neruda says the following:

“... rain from the old forest,/give me back the scent and the swords that fell from the sky,/the lonely peace of grass and stone,/the humidity of the river/ the smell of larch,/the live wind like a heart.”