Junín de los Andes, the oldest town in Neuquén, has a lot to offer to its visitors. 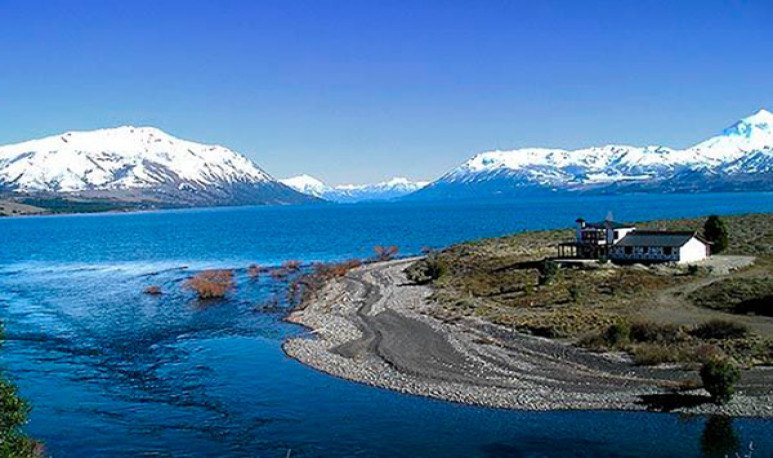 Nestled in the mountain range,  Junín de los Andes, the first town of  Neuquén   is one of the many paradises that our Patagonia has a tourist, historical and cultural rather than broad for those who get there.

Founded in 1883, Junín de los Andes is the example of the  coexistence between the Mapuche tribes and the white man , preserving history, traditions and indigenous culture, and being at the same time a destination for Christian tourism.

In addition to being a place that invites you to stay, the city is also the key to the  Lanín National Park , the  Corridor de los Lagos and the Mamuil Malal border crossing, to cross into Chile.

The faith of two peoples

In Junín de los Andes there is the  “Iglesia de las Nieves” , former Maria Auxiliadora College, which adopted that name because the night before its inauguration fell intense snowfall that gave rise to the temple being baptized as Our Lady of the Snow Parish. There lie the remains of the parish priest  Domingo Milanesio, the first Salesian priest who came to those territories to evangelize.

This is the religious who marked the life of  Ceferino Namuncurá , the blessed of indigenous roots born in Chimpay (Río Negro), whose ashes are found in the Mapuche community of San Ignacio, located 57 kilometers from Junín.

Ceferino is not the only blessed who is venerated in the region.  Laura Vicuña , born in Chile, died in Junín de los Andes, barely 12 years old in January 1904, was beatified in 1998 by John Paul  II .

In addition, you can visit the Vía Christi, a two-and-a-half kilometer route that starts at the foot of Cerro De La Cruz and has 22 stations bringing together elements of the Catholic tradition and the  Mapuche . Its moment of greatest influx of people is every Good Friday, when it is visited by thousands of Christians.

In turn, around Junín de los Andes there are several Mapuche communities that still today continue to promote their culture, customs and beliefs. It is within this framework that the Mapuche Tourist Route of Neuquén originated, which aims to consolidate and promote the original expressions and Mapuche cultural heritage in Neuquén, as a cultural and experiential tourist product of national and international scope.

On the other hand, within the city, you can visit the Mapuche Municipal Museum, inaugurated in 1998, where it is possible to observe indigenous musical instruments, handicrafts, maps, embalmed animals, mortars, bows, arrows, bolas, spoons, necklaces, bronze and silver jewelry, engravings, stone pipes, clay or clay, stones and tableware. In addition, archaeological and paleontological elements can also be seen, such as dinosaur bones found near Cutral-Có.

Junín de los Andes also hosts the Traum Kezau Mapuche, an event in which every year you enjoy the exhibition and sale of handicrafts, regional products from local artisans and artistic shows.

A paradise without equal

In addition to religious tourism, Junín de los Andes is surrounded by a natural paradise that falls in love with each of the tourists who reach the small but beautiful town of Neuquino.

Before arriving in the city, there is a wooden platform for  spotting  condors  , majestic bird owner of the Andean skies.This place offers a unique opportunity to contact them.

The town is also the gateway to Lanín National Park, whose  volcano - says the legend - keeps the soul of a Mapuche girl . Beyond the popular story, the imposing landscape is treasure on the retina of every visitor who enjoys its mountains, valleys, rivers and lakes that cross and surround the property.

The most prepared are encouraged to summit in Lanín, in an experience that, they say, is unforgettable.

Junín de los Andes offer is not sold out in the National Park or at the beginning of the Corridor de los Lagos. The city is also sought after by  fishermen . The season is between November and April. The Chimehuin River is one of the most popular for its abundance of  trout  and salmon.

Speaking of which, the village hosts every year the Provincial Festival of Trout, an initiative carried out by municipal, provincial and national bodies that, in addition to a fishing tournament, offers a gastronomic tour; artisans, breweries, musical shows, and activities for the youngest.

Have you heard of the Land of Lagos?

A unique museum in Buenos Aires