Get to know the picturesque town that, with a surprising range of colors, was crowned as a garden of the province and hiking capital 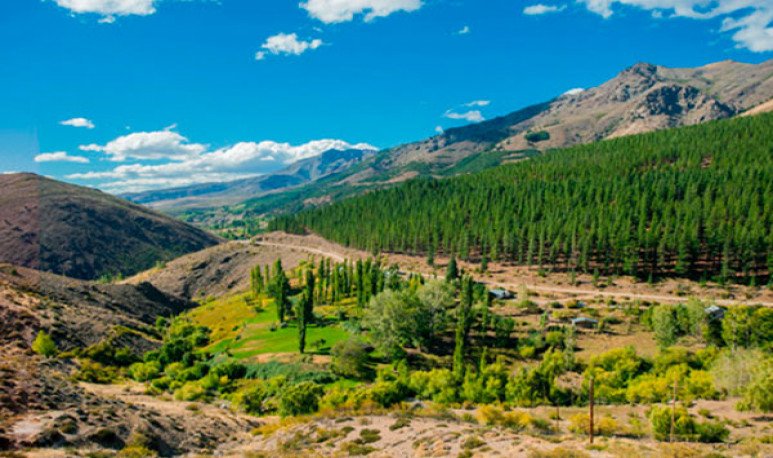 The town of Huinganco, located in the northwest of Neuquén,  has a unique color palette in our country . So, at the station you visit, you will see why it is  known as “the garden of Neuquén”.  There you can find infinite shades of roses, fuchsia, red, green, yellow, brown and even white! In addition, among the various routes that can be done there, is the walk to the eternal snows of the Domuyo volcano.

Huinganco was founded in 1964 in the department of  Minas , west of the Neuquén River. The location is between fertile valleys and cliffs, 61 kilometers from the main service distribution center in the north of the province: Chos Malal.  Its zigzagging streams and its particular vegetation live up to the name it bears . In the Pehuenche language, “Huingan” corresponds to an indigenous shrub and “Co” is the word it calls “Water”; “ Huingan water”  would be the most accurate translation.

The small community stands out for its solidarity and creativity to get ahead . The village suffered avalanches, earthquakes and house fires and was always sustained. In addition, when mining activity declined in the middle of the 20th century, it was decided to bet on logging. So great was the success, that  today they have the largest nursery in Patagonia. 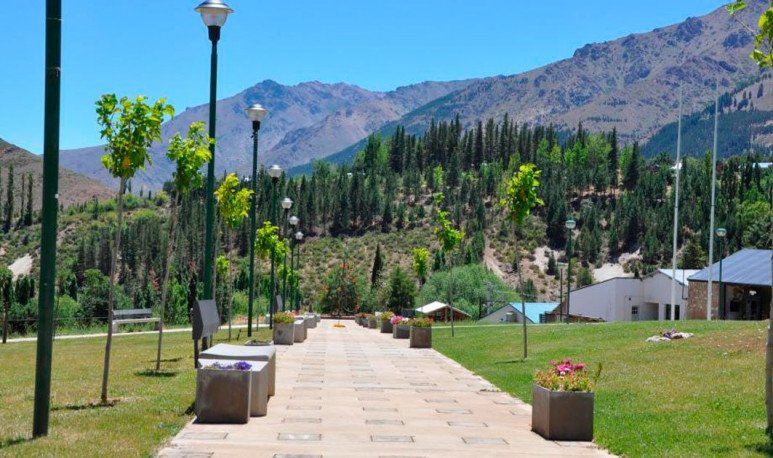 Land of fruit trees and trails

The first trees that modified economic activity and, above all, the landscape of Huinganco, were pine trees. However, little by little rose hips, cherry trees, cherries, peaches and plums were planted. The result is a   fruit candy factory, as picturesque as it is traditional and the aforementioned imposing palette of colors of the “garden of Neuquén”.

The technical advisor on tourism of Huinganco, Marytté Soto, indicated that “Huinganco is seeking to diversify and consolidate the local tourist offer by valuing more than 18 footpaths throughout its ejido”. In other words, Huinganco intended to be erected as the provincial capital of hiking, and he had what. After 8 months,  the Ministry of Tourism in Neuquén raised 16 trails in the town to the category of nature reserve.  Among them are Cerro San Pedro, Cerro La Cruz, Pino Guacho, Las Minas, La Corona and Camino del Criancero

Other attractions for visitors are walking or horseback riding along Corona Hill, Domuyo Volcano, Huinganco, Manzano or Rahueco streams. In addition, you can visit the Forest Nursery, the fish farm, the Tree and Wood Museum and the Natural and Provincial Monument of Cypress de Cañada Molina

The community, of approximately 1700 people, is a clear demonstration that  small places can have very important things to tell and show.

Have you heard of the Land of Lagos?