Home Travel Misiones Where are the three borders 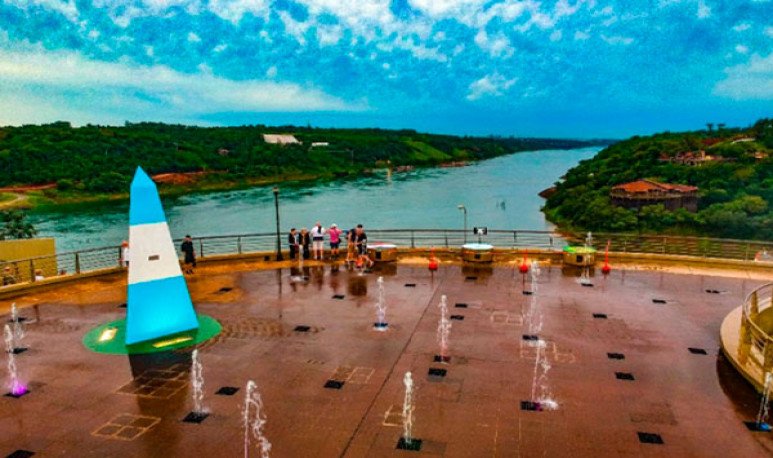 They say that in  northeastern   Argentina  there is  magic  . And yes, we can't show less when we look towards   Puerto Iguazu  . Perhaps, the second fragment of his name resonates to you from somewhere. No, you're not crazy. It is that the missionary city is the  great host  that welcomes you with nothing more and nothing less than  the Iguazu Falls  . That  visual show  that everyone should have marked in the list of destinations to visit before they die. There, we can find visitors from all over the world looking for a  new world of waterfalls .

However, the village has other attractions besides tourism that contribute to the experience. One of them is the  original mark  left by the strong presence of  Guarani settlements  in antiquity. Although some remain today, they continue to dot with their endless  culture and traditions . Such are the cases of the communities of  Mbororé and Iriapú .

It turns out that the town was founded  on September 10, 1901  as  Puerto Aguirre  . The latter was due to Victoria Aguirre, a woman who donated the land to make everything happen. In  1906  the first hotel was built and in  1913  the government of the Nation invested money for various buildings. Thus, some houses were formed for the sub-prefecture, the police station, the radio station and a primary school, among others.

It was only in  1934  that the procedures for the creation of the  Iguazu National Park  began, which took place in  1935  . Then, in  1939 , the beginning of an urban design was proposed. It included two squares, one of which was surrounded by the school, the museum and the first aid room. In addition, a viewpoint was projected towards the Iguazu River, the chapel, the post office, another hotel and commercial premises. While the police station was on the way to the falls.

Why are we talking in triple?

When we refer to the  people of the three frontiers  , we are talking about representing an  important international trifinium  . It is composed of the boundaries between  Argentina, Brazil and Paraguay . In this way, for the first team we have playing Puerto Iguaçu and for the second one Foz do Iguaçu. As for the third, there are President Franco and Ciudad del Este. The meeting point of the three countries follows the course of the Iguazu and Paraná rivers. So there are emblematic bridges and raft transports that move over these to connect populations and visitors.

In homage, the land of the seven wonders of the world has a tourist spot called  Hito Three Frontiers . It is a park with a monument that has the shields and flags of the nations found in the area. But if you were curious about the subject and intrigued to know more, we have other cases to tell you. That is why we invite you to learn about the history of the  city  of Monte Caseros, in  Corrientes  .  Not without leaving a greeting to the missionary gem that gives people so much joy .

What is Gran Mendoza?

I lived an amazing experience in Uco Valley

The nearest lagoon to Esquel that you have to know