Home Travel Misiones What are the recommended walks in Posadas?

What are the recommended walks in Posadas?

Posadas is an excellent destination to visit on your next holiday. We recommend some walks. 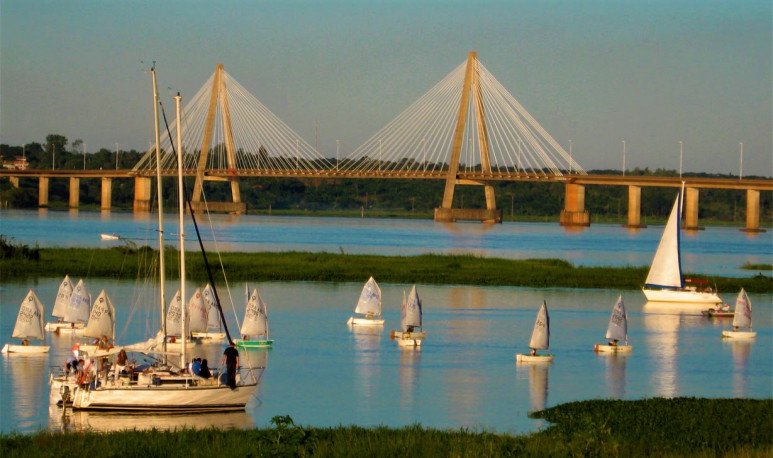 Located on the left bank of the  Paraná River, the provincial capital is the most populous city in Misiones, its administrative, commercial and cultural center, as well as gateway to the missions and the jungle.

La Bajada Vieja, historical place where the port activity of its beginnings was founded, the Botanical Garden, the Convention and Events Center, the City Park, the Park of the Republic of Paraguay, the Municipal Amphitheatre Manuel Antonio Ramirez, the Cathedral, the Market “La Placita”, the Mercado Puente, Casa de Gobierno, Plaza 9 de Julio, Plaza San Martín and Paseo Bosetti with its craft fair, among others, are its emblematic places.

In addition to these are several museums that testify to the passage of the Jesuits through these lands, some theatres and the Knowledge Centre, which complete the cultural offer.

Visitors can stroll along its wide Costanera and practice nautical activities in the waters of Paraná, such as boat rides, boat rides, jet skis and fishing.

The middle island is another of its attractions, with scheduled boat trips to enjoy the sun, the green and the beaches. In the evening, the city offers an interesting range of bars, restaurants, pubs, discos and a casino.

The Old Descent marked the beginning of Posadas. The city arose from the old quarter and without it there would be no cover in the story.

The anecdotes that passed through its winding streets gave rise to a large number of stories that were reflected in lyrics and books that form part of Posada's literature, such as Bajada Vieja, by Juan Mariano Areu Crespo.

In this first street of the capital of the Red Land settled some neighbors who found a source of work in the Paraná River. Paseras, menúes, laundries, kapangas were the characters of the old town that are rescued in a series of murals that embellish the city.

After filling the reservoir of the Yacyretá hydroelectric power plant, many thought that Middle Island would soon disappear under the waters of the Paraná River, in the most complete oblivion between Posadas (Argentina) and Encarnación (Paraguay).

However, a group of intrepid posadans, lovers of water and outdoor fun, decided to turn the theme around and in February 2015 decided to get to work on this land space and bring it to a transformation that today at first glance is really surprising.

After hard cleaning work, a dock was immediately built, a grill for the members, grills for roasts and it was still possible to bring electricity to the island. Not without first going through a thousand adventures, and the joint effort of a handful of partners who have challenged the time, water and discomfort that have arisen more than once.

Do you think you're an expert on Yungas? Let's

Glamping: 3 places you need to know

The Baggins and its authentic Patagonian charm

Pretravel: a way to revive tourism