Most of the inhabitants chose activities related to nature, adventure and culture. 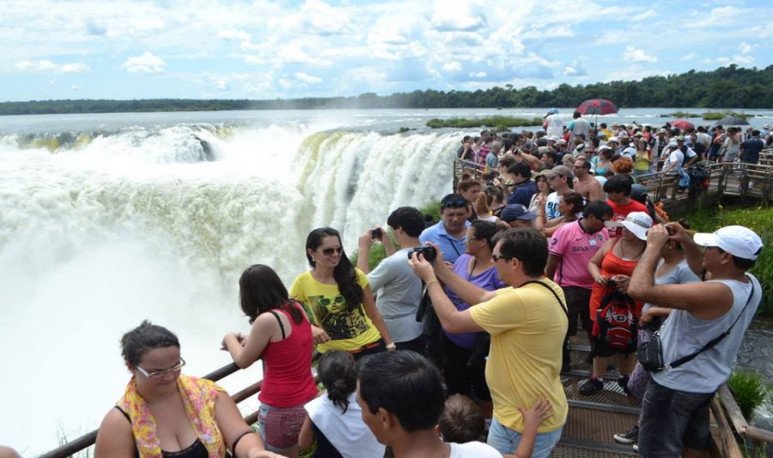 Tourism visited Misiones during January 2019 left in the province almost 900 million pesos, with an average hotel occupancy of 68.15% and, as usual, the city of Puerto Iguazú stands out with 87% occupancy, spokesmen reported for the Ministry of Tourism of the province. In
this way, the 209,329 visitors who arrived in Misiones left in expenses of hotels, restaurants and shops from different parts of the province some 892,228,502 pesos during the first month of
the year, the amount of overnight stays amounted to 722,481 nights, which averages 6.4 nights and an expense of 1,508,6 pesos per day each tourist.
This represented that hotel occupancy averaged 68.15% in the province, while the City of Las Cataratas had 87.5% (20,000 beds); the Ruins of San Ignacio, in the city of the same name, 83.5% (800 places); Posadas, 52.6% (4,000 beds); Oberá, 60.4% (900 beds).
The vast majority of tourists arrived in private vehicles, 70%, and 95% chose to know some of the 700 waterfalls in Misiones to placate the heat.

In this regard, the Minister of Tourism of Misiones, José María Arrúa, said that “it is also interesting that 95% chose activities related to nature, followed by adventure and culture; which shows us that our destination is identified by its main values for which we have been working, which have to do with the jungle and the water, as well as with our history and gastronomy.”
In this context, he highlighted the coordinated work being carried out between the Government and the private sector, “the articulation of actions, the presentation of tourism offers, and different opportunities, resulted in these positive results for the local economy,” he said.

Family camping: 5 activities to do with the kids

8 tips for assembling a tent

Getting lost can also be fun

6 tips for camping for the first time