20 minutes from the Ruins of San Ignacio, Misiones, is Osonunu. A reserve born of the love of nature that deserves your visit. 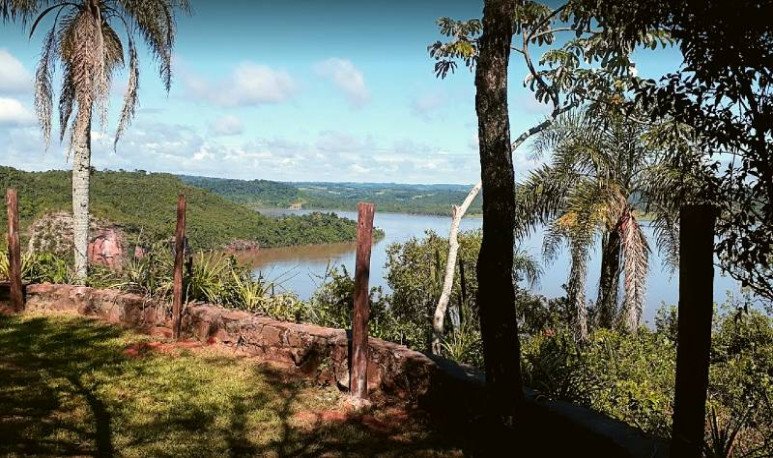 A trajectory as exquisite as the attractions that make up it.   Ossonunú    belonged to French landscape artist Carlos Thays from 1905 to 1934  . Then his widow sold it to Darío Quiroga, son of renowned writer Horacio Quiroga, and his brother-in-law, Jorge Lenoble. The latter owned and lived there with his second wife, Sara Vivanco, until the end of the last century. In 2005, the  property   was donated to the Temaikén Foundation  by Jorge's nephew and his wife. Through writing, it was established the obligation to preserve its natural habitat in perpetuity.  Over time, Temaikén made the necessary steps to make it included within the provincial system of protected areas.

Osonunú has an  area of 168 hectares  bordering the Teyú Cuaré Provincial Park. Together they form an  exceptional corner  with biological, geological, historical and cultural values . While the reserve is located within the eco-region of the Paranaense Forest, recent floristic studies revealed other novelties. In this sense, the relict zone of Cerrado biome was identified, which is only present in Brazil, Paraguay and Argentina. Therefore, its preservation is extremely important for the biodiversity of the country and the world. In addition, in 2013 it was declared an Important Area for Bat Conservation (AICOM), becoming the third of its kind in national soil.

The property where Osonunú is deployed has at least  40 species of  flora  of special value for its rarity . At the same time, it is  home to 14 species of bats . While its sandstone wallings up to 100 meters high house rupicultural plant communities, which are unique to Argentina. The same can be said of its rare ararid forests with vanilla orchids, the largest population of which is in  Misiones . In addition, the space provides shelter to a large number of birds, reptiles, amphibians, insects and mammals, among others. Finally, we must highlight the  viewpoints towards the Paraná River , which give sunsets and sunrises that obnubilize visitors. These combinations provide a unique landscape that no one will want to miss.

The province of Misiones has had its own law on private reserves since 1992. So it is a pioneer in the problem and one of the territories with the largest number of protected areas.  It was thanks to this that in 2013 Temaikén and the provincial government signed an agreement for 20 years in which both parties pledged to take care of the property . There, he obtained the certification and was able to generate several projects over time that enriched it as a protected area. For example, a body of park rangers, who were in principle caregivers, was launched.  Currently, the Osonunú Nature Reserve has a staff of three park rangers and two biologists technicians .

From the Temaikén organization, they reported that the Osonunú team works continuously with nearby communities. Thus, environmental education projects have been developed with teachers in the area and they carry out annual environmental peñas for locals. They also offered courses on environmental heritage to train interpreter guides of nature. And not least, they collaborate with two Guaraní communities to develop ecotourism trails. The target? , allow to show their way of life and their connection with the natural habitat.