From sanctified places to the replica of the Bible Garden, Misiones is the ideal place to find your spirituality. 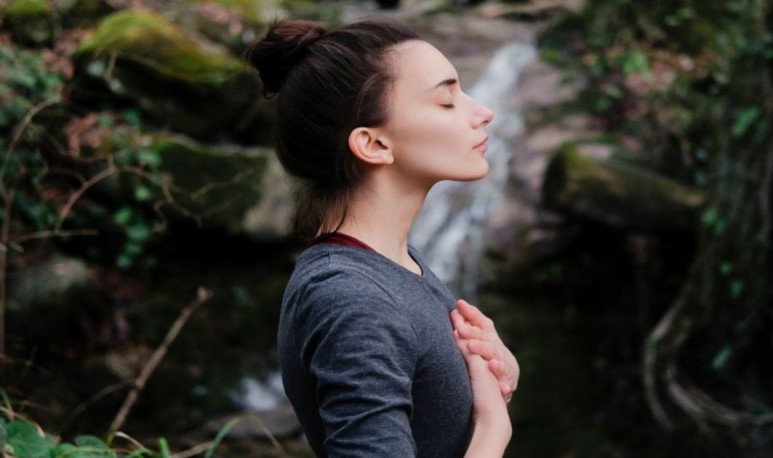 Spirituality is a way of connecting with our deepest essence, with our purest and innocent being.  Sages  say that the first step to living a spiritual life is to start believing in it and experiencing it. The second is to go outside, somewhere where they can be silent. Alone with heaven,  nature  and God. If you are one of those who are on the search, Misiones offers 5 places charged with a special energy.

The Chapel is located in the town of Santa Maria. It is part of the Jesuit-Guaraní ensemble, one of the few that still retains original architectural remains of the first evangelization. It has been a World Heritage Site since 1984. This chapel is a very particular case of constructive reuse of a section of the Jesuit missions of Santa Maria. The inhabitants of the area have roofed it and used it as a chapel.  The rugged environment marked by ancient Jesuit stones radiates a unique energy.  The same one that united two different cultures 5 centuries ago, an ideal place for those looking for a contact with nature and history.

Every year, the ancient image of Santa Maria de las Misiones presides over the Via Crucis of Holy Week. The processions begin in the chapel of Santa Maria Maggiore and culminate in the Immaculate Conception Parish.

The building is a simple chapel armed with veneer. At first glance it looks like an improvised shed, however, its charm lies elsewhere. The site is located in Cerro Monje, in a majestic landscape overlooking the Uruguay River. Mount and jungle surround the chapel with the river in the background framing the landscape.

But the Chapel in Cerro Monje also has a beautiful history . Say those who know that by 1867, a captain of an Italian ship survived the shipwreck of his  ship . From that day on, he promised to do penance for 30 years. With a chalupa, he climbed the Uruguay River and climbed to Mount Monje. On the top he supported his fall on a stone and from it came a stream of crystal clear water. The captain interpreted as a sign of God asking him to stay there. For years, the sailor was dedicated to evangelizing the locals. He built a modest chapel in which he kept sacred images and prepared  home remedies with yuyos  from the area.

Both the city of San Javier and the small chapel of Cerro Monje are places of pilgrimage during Easter. Every year, between 10 and 20 thousand pilgrims come to the place with their thanks, requests or promises. Ideal for contact with spirituality.

This church, located in the town of Concepción de la Sierra, was built in a Byzantine Latin style. Its bases are seated on stones of the Jesuit ruins. However, the most interesting thing about this parish is in the courtyard. There, in an old chapel is the pantheon of the  martyrs priests  . In it, you can find the replica in wood of San Roque González.  The inhabitants of the place assure that under it are the remains of three religious martyrs . San Roque Gonzalez, San Juan del Castillo and San Alonso Rodriguez.

4- Parish of St. Anthony of Padua

The Cathedral is located in the city of  Oberá . It is famous for its beautiful aesthetics and monumental construction. Its main attraction is the imposing 40-metre tower that features a clock brought from Switzerland. According to specialists, it is considered the most important exponent of the neo-Gothic style in the province of Misiones. The architect who built this work was Austrian Von Liebe.  Ideal for lovers of religious architecture.

Following in the city of Oberá, you will find a unique and unprecedented place. Located in Villa Svea, within the Santa Teresa del Niño Jesús home, is the Biblical Garden. Unbelievable but true. It is a gigantic park in which the same tree species listed in the Holy Scriptures were planted.  The visitor will be able to visit the replica of the different gardens through which Jesus' life passed . Garden of Olives, Vineyards, Calvary and Resurrection. The air is loaded with spirituality. Those interested should know that they can take guided tours, but with prior reservation

Meet your  spirituality  in Misiones.