Home Travel Misiones Do you know where “La casa de las botellas” is?

Do you know where “La casa de las botellas” is?

A family restlessness transformed into a tourist attraction that, incidentally, generates environmental awareness. 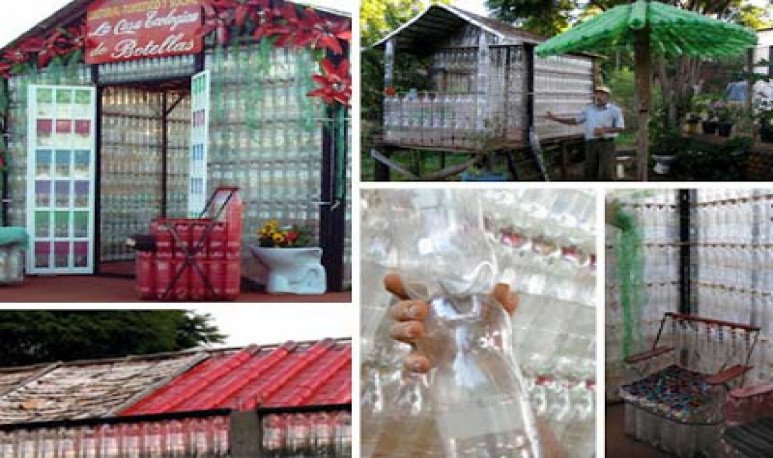 A family restlessness transformed into a tourist attraction that, incidentally, generates environmental awareness. Shut up everywhere, don't you? That's what Alfredo Santa Cruz and family came up in Puerto Iguazú (Misiones): they built “La Casa de las Botellas” with bottles of liter and a half of the famous cola drink.
Los Santa Cruz put together this self-sustaining project, which later became one of the favorite tours for tourists and neighbors. They live there, while raising awareness about the damage caused by plastic to the environment.The
walls of the house were made with 1200 plastic bottles; the roof, with 1300 tetrapack cartons; the doors and windows, with more than 140 CD boxes; the armchairs, with about 120 plastic bottles; and the bed, with another 200 bottles.
According to Alfredo, his self-sustaining project is an example of how everything can be recycled and help to become aware of the environmental damage we generate to nature.

The La Costa match prepares for Carnival with shows, sports and cultural activities