Colonia Aurora is an invitation to enjoy in one place all the scents and colors offered by the province of Misiones. 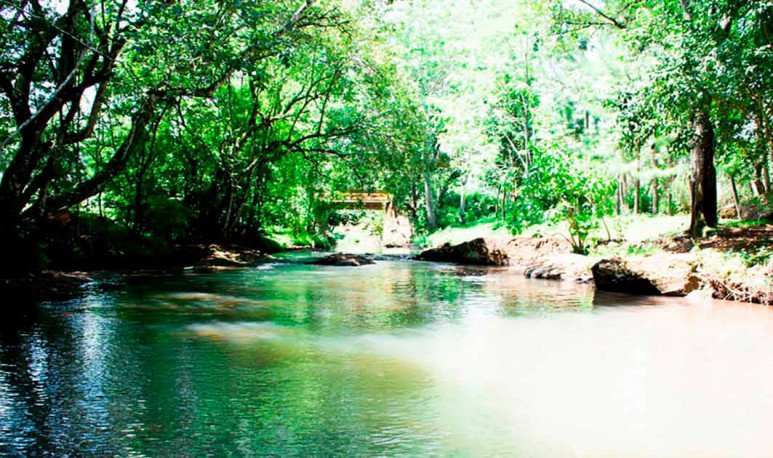 When you enter  Colonia Aurora  they begin to feel their fragrances.  The sweet perfume of pineapple, yerba mate and Brazilian tobacco . All together in one place. But before, as we walk along coastal route No. 2, the landscape is wonderful, a spectacle that invades our senses. The imposing Uruguay River, the greens of the  missionary  jungle and the Brazilian border, with its carpet of crops.

Where is this heavenly place located?  Colonia Aurora is located in the eastern center of the province of Misiones, in the department of 25 de Mayo.It is a municipality near the Uruguay River that borders to the east with the Federative Republic of Brazil .

Taking coastal route No. 2 in the direction of Aurora is a  tourist destination  in itself. On an imposing natural and cultural landscape, the trail zigzags from Azara (south of the province) to the Yabotí Biosphere Reserve. There the greens of the jungle sink slowly into the depths of the Saltos del Moconá. Considered by many, the second natural wonder of Misiones. From time to time the great river looks out, with colors ranging from blue to brown depending on the time of day.

Crucible of colours, aromas and breeds

Aurora was one of the last places to colonize on the  red earth.Its inaccessible geography made the nearby Uruguay River the only acceptable route of communication .  Since the dirt roads were impassable much of the year. The name of the town is due to one of its first inhabitants, Aquino Sinolaza. The man settled in the village and called him with the same name as his mother, Aurora Palia Quesini.

Gradually, as in the rest of Misiones, the city received German, Italian and Ukrainian immigrants. They also joined them, Paraguayans and Brazilians arrived. Thus, Colonia Aurora has a melting pot of  cultures  that embellish it even more.

Colonia Aurora has several ventures linked to agritourism.  The farms open their doors to tourists to offer all kinds of activities . To start the day, country breakfasts with freshly milked milk, homemade bread, cheese, honey, sweets and homemade jams. Also, visitors have the possibility to taste typical lunches of the Uruguayan coast. Feijoada, a stew of rice with black beans, also a stew of rice with chicken or also fried pork with cassava. And as I could not miss, to close the day, a very missionary dessert: sucker (papaya) in syrup with creole cheese.

On the other hand, chakras allow tourists to participate in their daily activities. Milking cows, feeding farm animals and fishing in ponds, among others.

Colonia Aurora is the main producer in the country of Anana, a tropical fruit typical in the province of Misiones. In this locality, during the month of February the   Provincial Festival of the Ananá  takes place. A unique show to enjoy the richest aromas and flavors of the red earth.