Coastal Route, Uruguay in its splendor

A tour from North to South along this missionary route that thrills at every stop. The Coastal Route 2, in the province of Misiones, winds over an imposing natural and cultural landscape, from Azara to the   Yabotí Biosphere Reserve   where the greens of the jungle slowly prostrate into the depths of the   Mocona Jumps   . They are the smells and colors of production, the green of yerba mate and afforestation, tobacco brown, the blushes of the Brazilian border of soy and the rainbow of tourism. It's a stimulus of wanting to have it, it's the thrill of being able to do it

The Museum”   Don Juan Szychowski   ” synthesizes the events and entrepreneurship of the first immigrants. Concepción de la Sierra, village offering to breathe Jesuit air, immediately the remains of   Santa Maria La Maggiore   in the homonymous village. In Santa María you have the possibility to visit the Guaraní community “Ojo de Agua”, know how their days pass and be able to acquire some of the handicrafts they produce.

When you arrive at   Itacaruare   it is recommended to stop at the   Campsite and Municipal Spa, in San Javier.   In this part of the tour the route approaches and plays with the coast of the Uruguay River offering scenes of singular beauty on the river and Cerro Monje, the main center of religious pilgrimage in the province and continue along a route that forces enjoyment and mate.

In   Big and Florentine Mojón Ameghino   , you can choose to walk any of the picturesque interior paths. There begin to present a series of viewpoints that allow you to sharpen the eye and prepare the camera to take the photo that will be shown proudly upon return. The Salto “Paca”, “Pardo” and “Zacharias that mimic themselves in the jungle are appearing.

Meanwhile in Panambí, Puerto Sánchez, there is a campsite that pays tribute to Guaraní mythology, and   Cerro Mborore   , a silent scene of the 7 days that the battle lasted in 1641 against the bandeirantes. 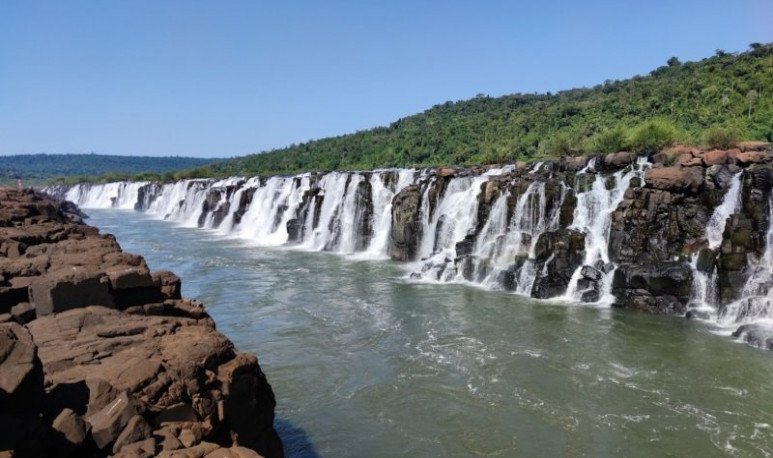 And in this space the magic of nature and the green of the jungle covers everything. It is the Yabotí Biosphere Reserve and the Moconá Provincial Park of almost a thousand hectares of profuse and dense Paranaense jungle and the   Mocona Jumps   .

Source Ministry of Tourism of Misiones

An astronomical experience in the Cordovan summits

Mihura: a bridge and a lot of history