Home Travel Misiones Attractions about the flora and fauna of Misiones

The red land falls in love with its flora and fauna. Vivid, colorful, resplendent and typical of our northeast. 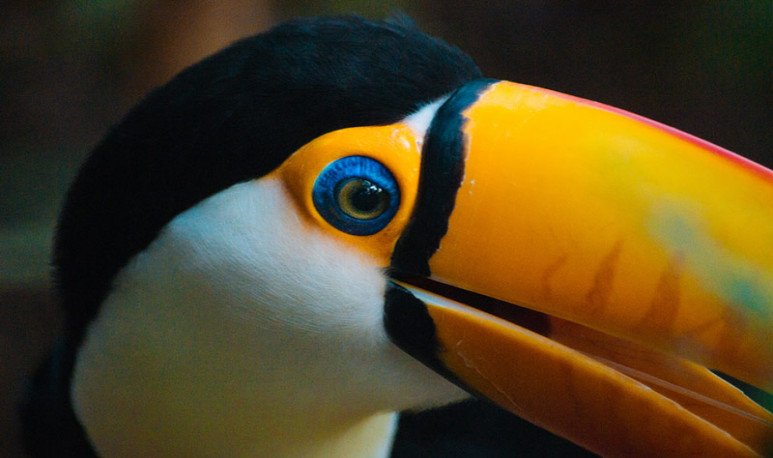 We've heard so much about the  missionary jungle  . It has legends, songs, fantastic characters and immense  nature . With animals and vegetation coexisting on par, they  add magic to the  landscape  . But let us not forget that it has been a place of settlement of different human populations with the course of history. In fact, the first settlers were the Guarani, who were evangelized by the Jesuits through their missions in the area. It has also served as a source of inspiration for the richest Argentine literature. So it's time to talk about the  flora and fauna  that we can find on its soil because it is always possible to surprise us more.

The rainforest of the red land represents one of the  areas of greatest biodiversity in Argentina . In this sense, it is part of the Atlantic Forest, an ecoregion that extends from the Serra do Mar, located on the Brazilian coast. Then, it surrounds eastern Paraguay and almost the entire provincial territory. And this is where we have to talk about the  preponderant role of its flora  and how it spreads over the miles of thickness. To do this, we will clarify that this natural fragment is divided into  two different phytogeographic districts .

First of all , there is the  jungle  itself. It is characterized by the presence of trees such as palm, rosewood, laurels and species of reeds or tacuaras.  Secondly , we collide with the part of the pine forests, which is located in higher corners. There, the kings that dominate are the Paraná Pine and Araucaria. However, there are also  many examples to admire and study . Among the most important are lapacho, timbó, guatambú, petiribí, palm tree, maco cedar and incense. Also, white and black laurel, maria preta, white blackberry, urunday and many more do it.

The missionary flora  stands out  for having  well-defined floors or strata  . In this way, we have the herbaceous on the floor of the jungle and the shrub with plants reaching up to 15 meters. Go ahead, there is an intermediate level formed by ferns and growing trees. While later there is the canopy or skeleton, which houses species up to 30 meters. To end with the emerging sector, composed of giants that touch 45 meters high. It should be noted that the province is equally famous for its  orchids  that concentrate  50% of those existing in the country  .

The   fauna   of  Misiones is  very rich in its varieties of species  . Even, research carried out in national parks and other ecosystems in the province accounts for this. Of course, there is room for star stars that have gained their recognition over time. Since 1989, the yaguareté, tapir and anteater are considered “Provincial Natural Monument and Public Interest”. An initiative that prohibits the hunting and/or possession of these little friends within the territory in order to achieve their preservation.

From the group of invertebrates, a huge number of butterflies and spiders coexist. Likewise, birds such as eagles, parrots, parrots and toucans are visualized. Although there is also a voluminous team of mammals composed of hairy battleships, bats, coatis, river wolves, foxes, otters and horspikes. Likewise, those who don't want to stay out of the list are the monkeys. Red carayá and caí are among the most appreciated when looking to photograph animals in the jungle.

Some are painted by exhibitionism, while others are of the antisocial order. Yes, they are the felines of the order of the puma and the ocelot that with their exotic imprint make themselves desired to be seen. However, not to be discouraged if they are not found.  This wildlife will not leave you to paw  and offers turtles, lizards, yacharés, alligators, vipers and snakes to collect on the album  .

Get to know the harmony between man and nature

La Aripuca, a tribute to the Missionary Forest