Home Travel Misiones Are you looking to stimulate your brain? Go to the Knowledge Park

The Knowledge Park is one of the largest cultural centers in the country. His creative proposals and diversity invite us to meet him 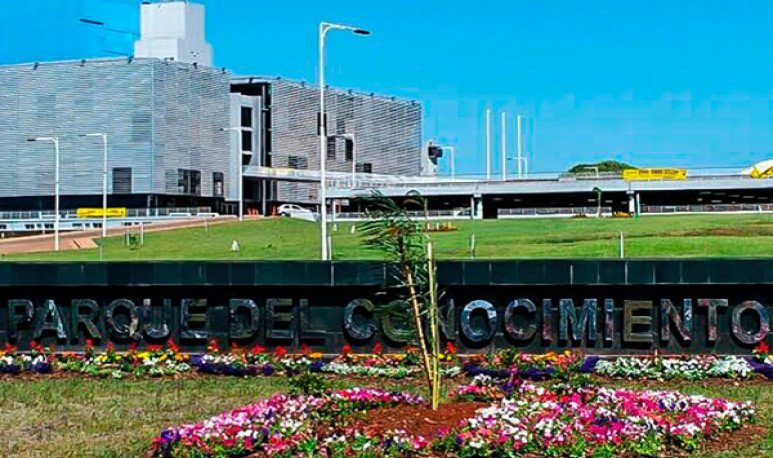 The city of  Posadas ,  Misiones , has an  immense place to which you can resort to  form knowledge . It is located just  15 minutes from the center of the provincial capital  and about  5 minutes from the Bus Terminal  . Therefore, its easy access, via various routes of transport, eliminates any excuse to visit it. The Knowledge  Park  was inaugurated  on December 7, 2007  by  Governor Carlos Rovira  . He was  responsible for  designing and implementing a  project  that would bring together  art and knowledge  , with  totally free access  .

The  property  is deployed in  25 hectares  , which have a total of  22,000 square meters  covered. There, they wait to be discovered, a wide variety of native species and a lake that allow you to connect with the simple. It is that its imposing infrastructure draws attention from the distance and leaves visitors from all over the world impacted. Starting with its  eight buildings  in which all  activities are distributed.

In the central part of the Knowledge Park there are  five floors  that are divided into  three different proposals  . In this way, we have the  Art Center, the Public Library of the Missions and the Lyric and Prose Theatre . In the depths,  subfloors  extend in which  art alleres, props and scenography and changing rooms  are provided, among others. It also has different  rehearsal rooms for music and dance .

On the other hand, it has a  fair space  composed of  three pavilions of more than 5,000 square meters  each. Also, a  Convention Centre  with an auditorium for  700 people  where seminars and congresses of the most diverse kinds are held. Added to this, in 2011 the  Astronomical Observatory was built, which is completed with a confectionery whose roof stands out for its irregular shape. Not less is the latest technology  IMAX 3D Cinema  . It is a  unique room  in the  region  that offers a totally immersive  audiovisual experience  for the viewer. 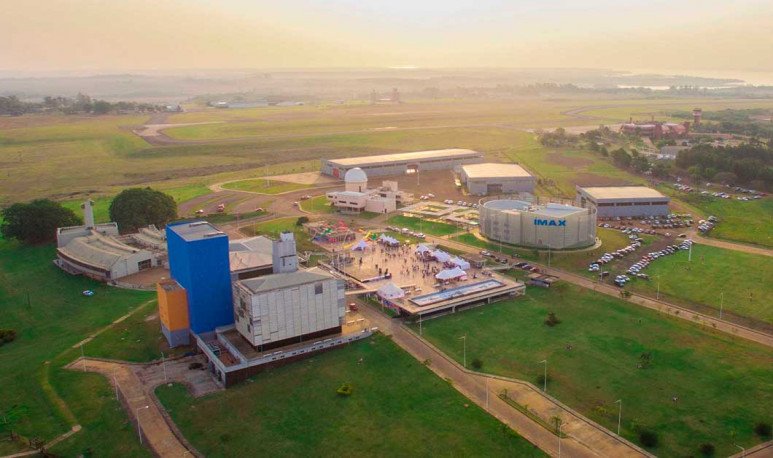 An integrative experience for the community

Next to the Health Park and the Industrial Park , the Knowledge Park is part of the infrastructure development axis  carried out by the provincial government of Misiones . Its  exceptionality  lies in the  constant dedication  to generate  renewal proposals  aimed at  enriching   human development  , with strong  social imprint  and  cultural  .

“ Knowledge equals us and gives us the same opportunities.”  That is the  premise  that guides the project from its first moments. Thus, a place was conceived where locals  could build and show their identity  as a village. From the organization of the institution explain that it represents the way to turn to their own customs. From this point, an attempt is made to promote  equitable dialogue  with other regions and countries around us in order to  enrich our minds  .

Accordingly, other of the primordial roots is provided by the term  Sapere aude, which means dare to know.  This passage belongs to an epistle of  Horacio , who was the main  lyrical and satirical poet of the Latin language. Finally, the above-mentioned phrase refers to a kind of spirit and a certain attitude towards knowledge. These factors are considered necessary to achieve the establishment of a life on a firm basis.