Immersing yourself in the beauty of the Indian Grotto means opening way for freshness and being in contact with Guarani ancestors. 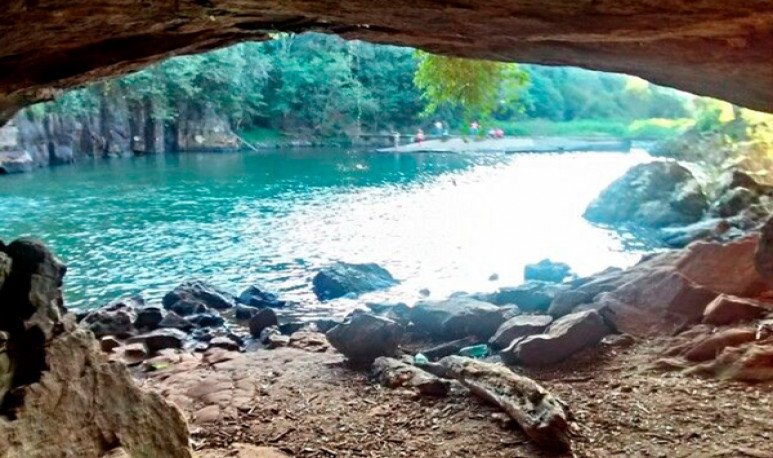 It is a space located in the municipality of  Garuhapé , province of  Misiones . To get there, take about  seven kilometers  along the  RN 12  towards  Iguazú . Once there, your left-hand entry will be observed and you will have to continue through a dirt road. After traveling approximately five kilometers, we will meet the  Gruta India Municipal Complex.  Started in  the late 1960s  , it has an area of about  five hectares  that offers the best of the  native jungle    . Its  natural pools  make it the ideal place to acquire  tranquility  and  relax  with the sound of the  water .

The place has electricity and canteen service. It also offers grills, tables, bathrooms in good condition and pool tables in order to make the visitor the best possible stay. In addition, for those wishing to stay overnight, there are fully equipped cabins with air conditioning, thermotank and electric stove.

On the same site is also the  Salto Tres de Mayo , which measures about five meters and consists of  two waterfalls . In this regard, it was approximately in 1960 that the first infrastructure works as a municipal park began. Stairings were built to access the grottoes and jumps, toilets and housing in charge of the park care. 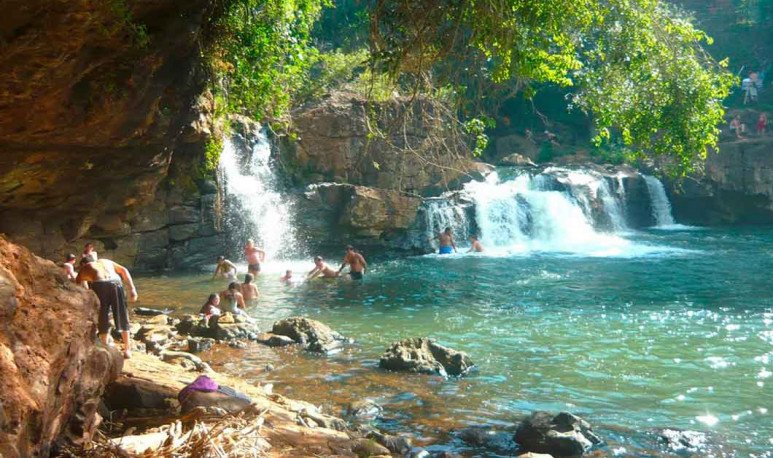 The Indian Grotto was originally called the  Tres de Mayo Grotto . However, the first name was adopted in tribute to the  Guarani communities  that previously lived there. It is that many periods ago, a group of  natives  settled in the space when they moved through  Alto Paraná  . These carried elements related to the  typical  activities of  nomads  , such as hunting, fishing and harvesting.

At first, it was occupied only on its left side by a small number of people. Such a statement can be made on the basis of the discovery of lithic and bone material, as well as human remains and stoves in that part. Subsequently, it is inferred that the settlement was expanded or strengthened by new inhabitants belonging to the same  traditional practices . Thus, they continued to work on stone and bone, perfecting techniques to finally come into contact with ceramists in their last phase.

The time of stay of these groups in place is still a mystery. However, it was determined by excavations and discovered vestiges which, while doing so, were devoted to countless tasks. Under this line, in 1965,  archaeologist Antonia Rizzo  extracted samples of the works carried out in the grotto. The results were identified as bone remains of  Terrestrial Tapirus . It was only in 2005 that they were dated through the calibration process of radio-carbonic age. There, the results yielded  an antiquity of 3646-3982 years AP (before the present).

Those visiting the Indian Grotto can also take advantage of the walk to enjoy other attractions in the missionary municipality. A good option is the  Cueva del Yaguareté , which is a campsite located five kilometers from the center.Others are the  Fishing Club , which is on the banks of the Paraná River and the  spa on the Garuhapé stream. The latter, stands out for having ample space for families and friends including events hall and even football fields. Finally, we have  Camping Tropical , which is a lush and special property to enjoy  summer and  nature .