Home Travel Misiones 5 religious destinations in the north of Misiones

Misiones is a province with great religious diversity. We tell you the 5 religious destinations in the north of the province that you have to visit. Amen! 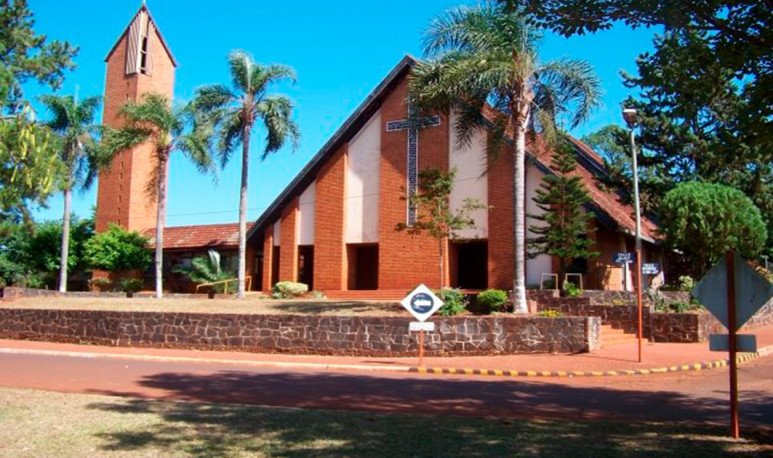 Religious tourism is a tourist activity that is currently booming around the world. Basically it consists of traveling,  pilgrimages  or stays in places considered sacred. For example, spiritual retreats, cultural activities and religious liturgies. However, it is important to note that  visiting religious destinations is not something exclusive to “people of faith” . Catholic, Buddhist or atheist, okay anyway. What it is about knowing about the ethnic and spiritual diversity of a country or place.

Consequently, the  Ministry of Tourism of Misiones  developed a circuit with the most emblematic religious destinations in the province. Here we tell you about some of them in the north of the province:

Temple of San Nicolás de Flüe is located in  Puerto Esperanza , 60 km  from Iguazu Falls . Its construction dates back to the end of the last century. Its modern style was designed by a Swiss architect, the country of origin of the Patron Saint. Inside, the stations of the Via Crucis are embodied in paintings, using the vitrifiable enamel technique on opalescent glass. This was the work of missionary artists Carmen Dieminger and Oliver Imboden.

In the atrium you can see a mural of La Piedad.  Pope Francis , Santa Maria del Iguazú and San Nicolás are portrayed on the façade, all in sgraffito technique, works by Correntino plastic artist José Cura.

The Parish, along with other chapels in the neighborhoods, show the religious spirit of the Esperanceños. Its architectural appearance is of great simplicity, with a rectangular floor and a gable roof with an important drop.

Compañía Colonizadora del Norte started the city of  Wanda  . But it was the Poles (first pioneer immigrants) who built the temple. The chapel is built with native wood. It has a main nave and two armed side naves on a shed type plant. The access tower has three levels and features a hipped roof in the tower sector. The rest is a gable roof.  This chapel is inspired by the Churches of the Carpathian Mountains in Poland.

Parroquia Sagrado Corazón de Jesús is located in the centre of  Puerto Libertad town. It is a simple rectangular building. Its charm lies in the facade and the volumetry, which shows ornamental elements of the Romanesque and Baroque movement.

The tower, highlighted in its volumetry, is Romanesque inspiration, as well as the side openings.  His patron saint's feast is that of the Sacred Heart of Jesus . On that date, there are numerous activities, games and regional cuisine.

It is also located in  Puerto Libertad , about 4 kilometers from the town centre. Romantic marriage links and baptismal ceremonies are held there.  It is a historic chapel dating from the beginning of the last century, located on the banks of the majestic  Paraná River .

The architectural style of this chapel is neocolonial. Interestingly, the only two neocolonial-style chapels in our province were built by landlord families, the Bemberg and Aguiar.

This church has a polygonal access gallery and a dome in octagonal base. It was founded on October 19, 1986 and finished construction the following year.  It is located in the missionary municipality of Comandante Andresito. His name is a tribute to  Guarani  Commander Andresito Guazurarí .

The Parish of San Andrés Apóstol consists of 25 chapels or communities, most of them in the colonies.

2 places to do rafting in Patagonia

Lake Buenos Aires, the favorite place of the santacruceños