Without too many plans and only with the put, we can be in the peace of the mountain and the tranquility of the river, 25 kilometers from the Capital. 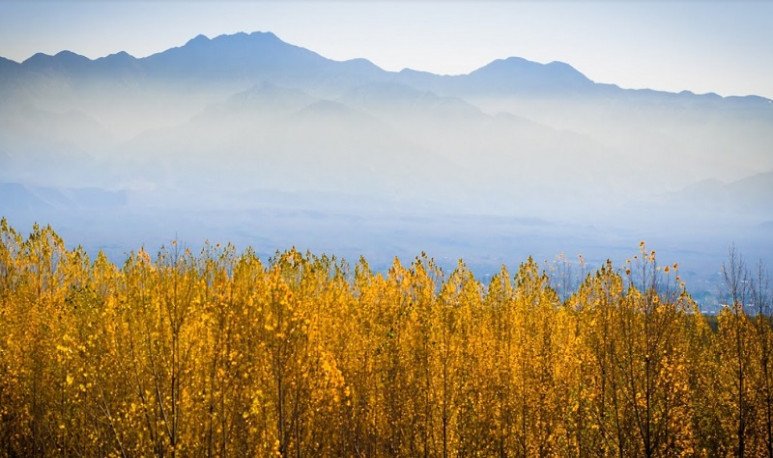 Blanco Encalada is a town in the department of  Luján de Cuyo . The Mendoza River is your hydrographic option. But it also offers  cabins, hotels, restaurants ,  trekking ,  rafting, bars and mountains . This place is passing by for those who go to Cacheuta or Potrerillos, but very few choose it as a tourist destination. In this note we will try to convince our readers that Blanco Encalada is a tourist site on its own.

Blanco Encalada is part of the district of Las Compuertas, one of the 15 that make up the department of Luján de Cuyo. Emphasizing the premise that  this department is the most touristic in Mendoza, Las Compuertas presents itself as another option for the hundreds of thousands of tourists who visit our province every year.   It is located on the verge of   RP 82 , which is its main means of communication linking it to the east with Luján de Cuyo  and to the west with Cacheuta . The district is composed of residential and agricultural areas. In agriculture, vineyards and fruit trees stand out. Wine production has medium producers and specialization in fine grapes.

Blanco Encalada is the most important town in Las Compuertas. In the middle of the last century, it was the preferred destination of Mendoza. At that time,  taking a trip to Potrerillos, 75 kilometers away, and with many stretches of dirt, was not for anyone. That's why Blanco Encalada was a more accessible option.   It was transformed into a residential area, in which many people built their weekend or holiday homes. It was the time when the first lodge complexes began to emerge.

Over the years, some  restaurants ,  suppliers and bars were arriving in the area. With so many vehicles coming down from the route to the Mendoza River, some roads were formed that made the place more crowded . The plan was perfect. Spend the day on the river (as if we were on the beach) and return to the night to the house to make a roast, play cards and enjoy a neat sky.

Blanco Encalada  has ceased to be one of the most chosen destinations by los mendocinos, at the time of vacation. Advances in the fastest routes, infrastructure and vehicles have made people think about a trip to Potrerillos or Cacheuta,  where you'll get to it in half an hour. And they don't think of Blanco Encalada, which is reached in 20 minutes and does not offer an important space to make a roast or a mirror of water like the dam.

However, the locals have taken care to improve it. The opening of the tunnel to connect Mendoza with Potrerillos on Route 82, in 2018, caused many people to use that road again. So, while you don't spend the night, at least you stop having a coffee, buying something to eat or to have some mattes on the side of the road.

In what does Blanco Encalada remain strong is in mountain sports. There are two or three fixed rafting services, with an easy and accessible proposal, for the whole family. But, in addition, there are many trails in the area, where hundreds of Mendoza and tourists arrive every weekend to have a little contact with nature. Finally,  the landscape and the bike path make a perfect combo for  cyclists   . It is very common to see a lot of people cycling along Route 82 during the weekends.

By bike to Cacheuta and Potrerillos?

The boom of the playitas de río