Home Travel Mendoza Cap ride: visit the city like in the big capitals

Cap ride: visit the city like in the big capitals

As is usual elsewhere, Mendoza has young people who offer visitors a guide service around the city, in exchange for tips. 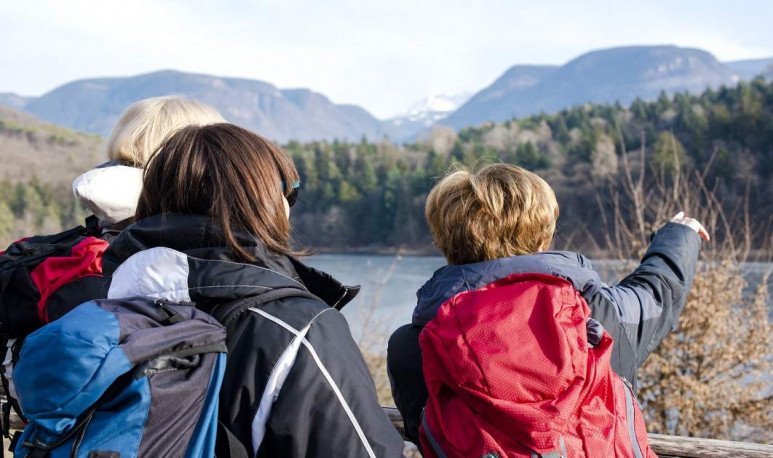 The so-called  “free walking tours” are highly demanded by  tourists  in major cities around the world. They consist essentially of meeting at some nerve point in the city where at a certain time a tour guide, who usually speaks at least two languages, waits for the walkers and leads them, walking, through different areas of the place where they are (the City of Mendoza, in this case) while which is providing them with information about history, geography, culture, gastronomy. In return, when the tour ends, the walkers give you a tip.

This kind of “tourism to the cap”, which for many years has been implemented in the big capitals of the world, is no stranger to Mendoza. In the City, every day at 11 am anyone, whether a foreign tourist, national or a Mendoza eager for knowledge, can turn to the Plazoleta Pellegrini and in the corner of Alem and Primitivo de la Reta find the guides that lead these original and fun rides at a cost  adapted to each pocket .

They can be in Spanish or English, as requested by most of the group. There is also the option to take it at 15, but from Monday to Saturday. On Sundays, only at 11.

The tour is called Ciudad Nueva and runs through the main central squares, passing also some emblematic buildings to end at Pasaje San Martín and Pedestrian Sarmiento.

It is about two hours walking, while information is received that goes from the foundation of Mendoza to the options of restaurants and bars, to go out and enjoy, that has the city.

“ I am fascinated with   Mendoza  and the good vibe of its people. This is the first time I come and am traveling alone,” sums Alexandra, from Greece, while the guide recommends tourists to have an artisan ice cream because they are delicious.

Alice and Jack, who arrived from Taiwan, are enjoying the last part of their stay. They take pictures of everything, say they love Mendoza and that the heat does not bother them because in their hometown it is the same, while listening to the guide explain what ditches are.

The passion of guides

Both Sebastian and Valeria, another of the guides, are Mendoza and passionate about their work.

Sebastian, a lawyer by profession, loves, for example, to talk about General  San Martín  and tell them all the exploits of our neighbor. Valeria, on the other hand, likes to recommend places she would visit if she were a tourist and delight in the amazement of visitors when she tells them that Mendoza is an oasis in the middle of the desert.

“ They really like the tour, because they usually come thinking it will be something more superficial and we give them a lot of data from Mendoza's history and everything they want to know. I have an armed story because the loose data is boring and I'm throwing some jokes around. They are struck by the cleanliness of the city and  the ditches . Italy and Spain squares like them a lot too,” concludes Sebastián.

When they join the tour, tourists, very attentive to the story, also interact with each other; they help to take pictures or recommend places they already visited. They are perceived very happy with the option they chose to know more Mendoza.

“ I like to take these types of tours when I go on a trip in big cities because if I go alone I don't have information about what I'm seeing. It's good because the guide makes jokes. I like how Argentines are and this is also a way to get to know them better,” says Mary, who comes from Canada and will be on our floor for five days.

Glaciers footprint, the circuit you haven't done yet

Venite with a Shoe

The quiet destination you will love: Villa de Las Rosas

Tips for sustainable tourism: for Cordoba and the world