A huge cement structure in the middle of an unsuspected place. We tell you why every year thousands of tourists come to meet her. 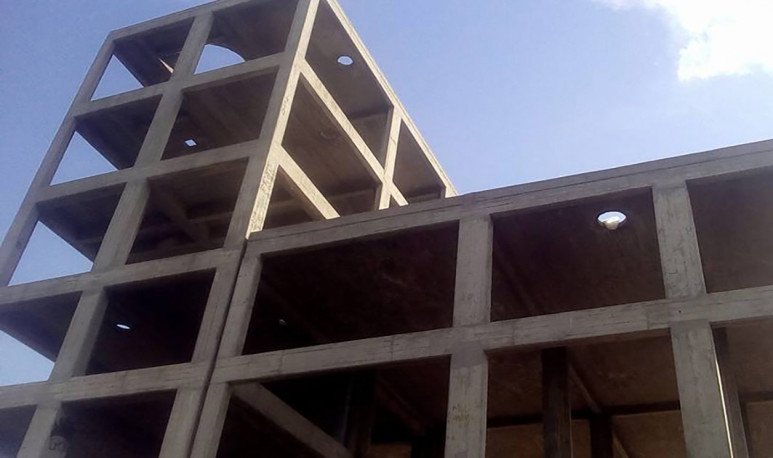 The world is full of historical structures or constructions that hide secrets and enigmas. Many of them have been interpreted and others are, to this day, an unsolved enigma. For some years now, and almost secretly, a new meeting point has emerged for themselves and others in Mendoza. It is an old structure or construction that was never finished. It is not known what it would be used for. The truth is that, due to its composition, it is known as “The Cubes” or “The Structure” and,  in it, people spend whole evenings and nights contemplating the spectacular view it offers , with matte or roast in the background.

It  is located 41 kilometers from Mendoza City , within the department of Lujan de Cuyo. It is accessed by taking the RN 7, on the way to Chile, but deviating in the variant that takes us to the YPF distillery. Behind it are Los Cubos.

In 2017 it began to be taken into consideration by the youngest. Tired of going to the  Potrerillos dam  or the mountain, they found in this old building a new setting to spend a moment with friends. But over time, Los Cubos were visited by people of all ages, groups of friends and whole families. Any time of the day.  Its location, facing the Andes precordillera, gives you a unique view, at any time.  Mates in the morning are a good option. But so is a midday or evening roast. Or even a mid-afternoon picnic.

As for its shape , some believe that the building was destined to house a cellar, others choose the option of a factory, and even speculated that Los Cubos had the mission of being a luxury hotel.  Any of the options would be viable, without being an architect. It is divided into three large joined blocks, the first being only a ground floor, the second with three floors and the third with six. The grace is to climb the stairs to the top floor, becoming the highest outdoor observation deck in the region. Contemplate nature from there, take some pictures and indulge yourself with the instant.

Access is totally free.  No one, so far, has presented himself as an owner or a proxy to evacuate the people from the place. Like the Nazca Lines in Peru it remains a mystery who built it. But now you have a new place to visit. Mendoza promote it from word to mouth, almost secretly. But we want you to feel like a mendocino more when you visit us.