Home Travel Mendoza The road to the waterfall

Trekking to El Salto waterfall is one of the most demanded in Mendoza. It's 7 kilometers from a road of mountains and streams. 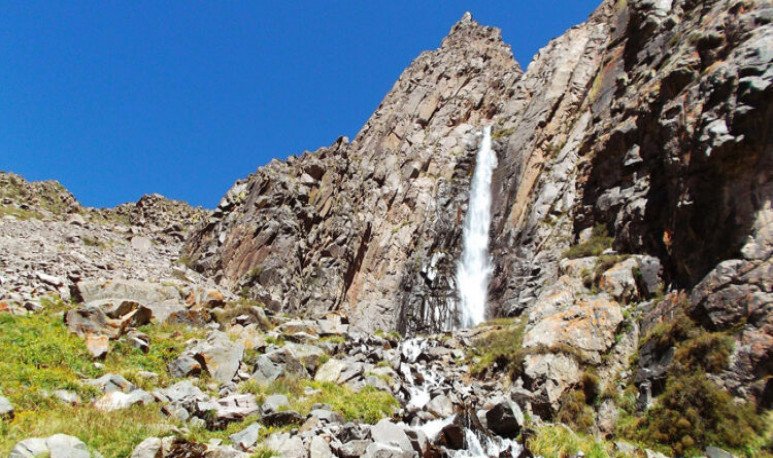 Given the aridity of our soil, the fact that it exists   a mountain trail that takes us directly to a waterfall, is something to exploit touristically.   That's why the road to El Salto waterfall is so busy. Its difficulty is between moderate and low, the whole family can do it and its landscapes are amazing.

We left from Mendoza heading to Potrerillos, then we junction with RP 89 and continue for the detour to El Salto. At the end of the asphalt road, we continue along the dirt road to a tranquera that marks the entrance to the   Estancia El Salto. From Mendoza to the entrance there are approximately 80 kilometers. Ideally, leave the vehicle in a descampado,   in front of an artisanal brewery that we can visit on the back. We pay the income and start the walk through the   Quebrada de la Manga.   The trail has no technical difficulties and is well marked on most of the route.

In the   first part, the road presents a lot of vegetation   , something unusual for Mendoza, but a little more logical if we consider that the village of El Salto is quite greener and humid than the rest of the mountain in Mendoza. At the beginning of the trail there are vegas and lots of rosehip. Anyway, the trails are easily seen, it's a matter of being a little more concentrated. They always accompany the watercourse, so we should never get away from it. It is a very beautiful place, with lots of green, birds accompany us at all times, we also find cows and horses grazing quietly as on postcards.

After walking near   4 kilometers, and having traveled more than half the way, it deviates to the left, just like an arm of the stream.   In this way, a fairly steep slope begins that, surrounding huge rocks in its final part, will take us to the foot of the waterfall. Even near the base can be reached without drawbacks, but for the last stretch you have to climb by a large stone and walk about 100 meters with a significant slope, but the effort is worth it.   After 3 hours of walking we see, in the distance,   waterfall. As we approach, we begin to hear the sound of water as we fall so high.

Road to the cross 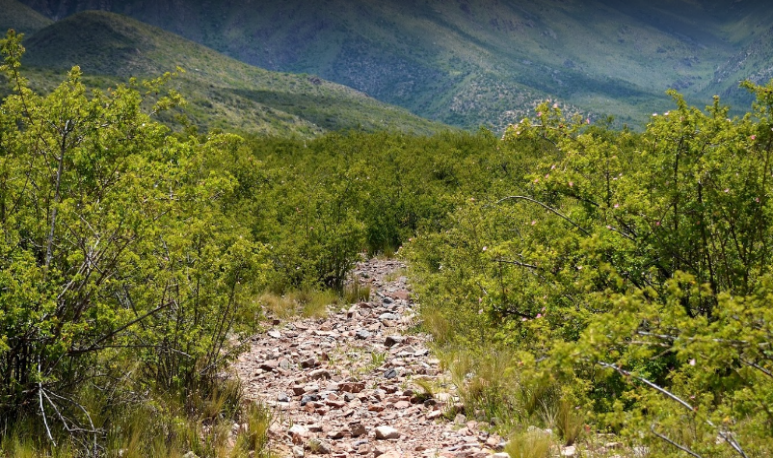 From the waterfall, we head towards the   hill La Montura   , which is named because, seen from the waterfall, it seems to have the shape of a horse's mount at its summit. It's a 30-minute walk to the cross.   In this last part of the road we will find many guanacos, which adds a special touch to the route   .

Other ways to arrive

You can also go on   collective from Mendoza. At 08:25 the bus departing to “El Salto” and Potrerillos, from Mendoza Bus Terminal.   The same returns around 17:00, although it varies on weekends. We recommend to be well informed about it. If you return too late, you can walk and look for a ride towards Potrerillos,   if you're lucky enough maybe you'll be there before 19     00 that another collective is part.

If you are going by bus, given the limited transport hours it might be a good option to bring equipment to spend the night in or around El Salto, that way you would enjoy the place more and you could even crown a nearby summit.