Home Travel Mendoza The parish of the Mendoza, par excellence

Majestic. Imposing. The parish of Our Lady of Lourdes is the most visited church, Sunday after Sunday. We tell you his story. 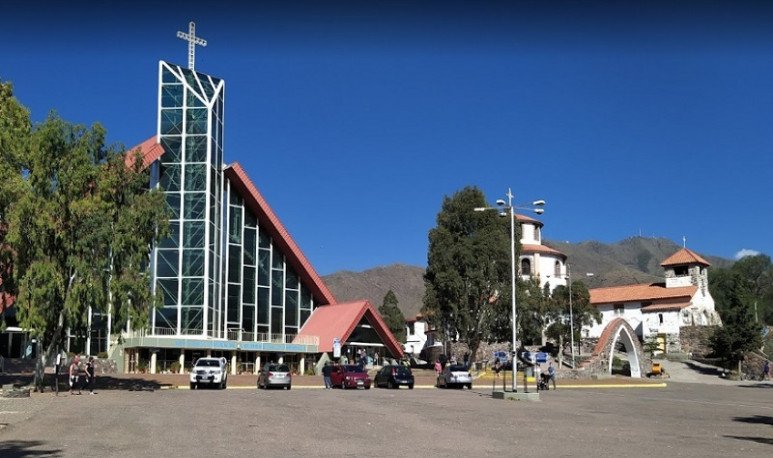 Among all the parishes, shrines and churches in general that exist in Mendoza, the one of Our Lady of Lourdes is the busiest. Thousands of people visit it every week. Not only to go to mass, but also to meet her, have a good time of spiritual relaxation and even to do a little sightseeing. The truth is, if we Mendoza think of a church, we all mean it, it's located in the district of El Challao, in the department of Las Heras. Long queues of cars and parked vehicles too much in advance account of the number of people who visit it, especially on weekends.

Empress González de Ortiz, mother of four daughters, had a habit of going to pray the rosary in those places. One day, one of the daughters proposed to her mother to put an image of Lourdes on Cerro Bonete, where the first temple would then be implanted and resembling the Massabielle Grotto in France, where the Virgin Mary made 18 apparitions. At that time it was known as the “Virgen del Hueco”, because it was in the middle of an excavated rock.
Over time, devotion grew and thanks to the attention of the Claretian Fathers a small chapel was built and then a two-stage temple was built, from 1933 to 1941 and 1941 to 1978. To culminate in the present temple, whose works ended in 2010. When the Claretian priests took it, they sensed that it was going to be a very great work from the spiritual, but it was also from the architectural.

The sanctuary of the Virgin of Lourdes is located in El Challao, about 7 kilometres from downtown Mendoza. It is a modern, large building built in the form of a Greek theater. It has an iron structure and fully glazed enclosures and is decorated with the stations of the viacrucis engraved on the glass. Its interior is very spacious and comfortable, allowing to accommodate a large number of people comfortably sitting. There is a souvenir shop and also ample outdoor parking. On one side is the old chapel.
In addition, on the outskirts of the parish there are concrete tables and benches to sit down and eat something. There are also bathrooms and stalls to buy some souvenirs and collaborate with people in the area.

The parish of Our Lady of Lourdes is part of a tourist circuit that is presented in this area of El Challao. To get to it you need to go through the traditional, picturesque and ostentatious private Dalvian neighborhood which, with its majestic houses, offers a must-see postcard on site. Then we find campines, El Cerro drive-in, dance venues and entertainment for the whole family like La Alfeta Mágica.
Then, a huge roundabout will lead us to the entrance to the parish. But if we continue along the same route, we will reach the Terrano restaurant and the transitory hostel San Isidro. In addition, this is the same route that leads us to the mythical Cerro Arco and finally takes us to the Mirador.
With all this tourist offer, it would be very appropriate if we decide to visit the sanctuary, we schedule a couple more hours to have time to attend the other destinations.

On the occasion of celebrating a new anniversary of the apparition of the Virgin Mary to Saint Bernadite in France, every 11 February, thousands of Mendoza faithful attend the parish to venerate Our Lady of Lourdes and make different requests. The procession consists of concentrating on the Portones del Parque and, from there, walking for almost 3 hours along the 7 kilometers that there is to the sanctuary.