This is the Winery Rolland, by the French winemaker Michel Rolland. 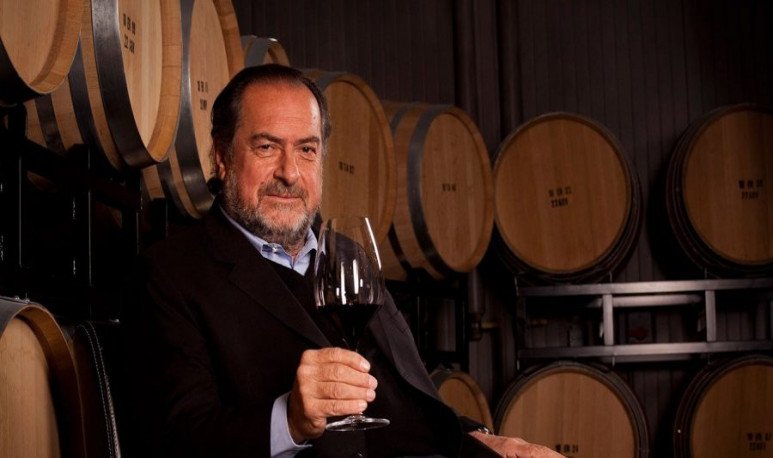 Michel Rolland's Argentine wine venture, the most famous French winemaker in the world, officially opened its doors to tourism in Tunuyan, Mendoza, about 120 kilometers from the provincial capital.
The Rolland Winery, in Vista Flores, was officially presented as a new wine tourism attraction in a meeting with specialized receptive tourism agencies, local service providers and the press.
Visits of tourists to the wineries of Valle de Uco increased 80% in the last five years, and in the third quarter of 2018, the Uco Valley added 24 wineries open to tourism, about 150 in the province and 246 from around the country that carry out this activity.
The host of the inauguration was French winemaker Dany Rolland, partner of the winery and wife of the winemaker, who stressed that there was a lot of interest among wine lovers in getting to know inside the winery where Michel Rolland makes his own Mendoza wines.
The Rolland Winery is one of the five operating within the exclusive Clos de los Siete, a French capital venture in Mendoza, run by four families from Bordeaux, identified with Argentine wine and soil.
This 3,200 square meter establishment has a simple and rationalist style, is a real “shed” for making quality wines, with 54 pools of 10 thousand litres each, and is designed to avoid the use of pumps with a gravitational system.
It was not intended to welcome tourism, but given the interest that always aroused to know it among the winelovers, and the insistence of the two daughters of French, this opening was decided.
The cellar is built on a plot of two hectares, “without frills”, only to be functional, and is made of quality materials, very operational and simple, whose only goal “is respect for grapes and the performance of operations throughout the life of the wine,” said the hostess.
Until the 2009 harvest, Mariflor and Val de Flores grapes were vinified at Bodega Monteviejo, the first of the establishments built in the Clos de los 7, where Bodega Rolland was the last to be built.
This new opening to wine tourism comes after a report indicating that visits by tourists to the wineries in Valle de Uco increased 80% in the last five years, according to a survey by the Observatory of Wine Tourism, of which the National University of Cuyo is part, reported that house of studies.
In the third quarter of 2018, the Uco Valley added 24 wineries open to tourism, which at the provincial level account for 16% of the total -in Mendoza there are about 150- and 10% nationwide, since 246 wineries are open to tourism throughout the country.
“ In 2013 the region had received 90,000, while in 2018 they had 158,000 visits. It is almost 80 percent growth in just five years, while both at the country level and in Mendoza, in the same period, visits to the wineries grew by 20 percent. That is, the Uco Valley multiplied that growth by four,” said Rodrigo González, of UNCuyo.

The 7 Keys to Prevent Accidents in the Mountain