It is located in an old mansion in Junín. San Martín ordered to build a flour mill to supply bread to this forgotten area of Mendoza. 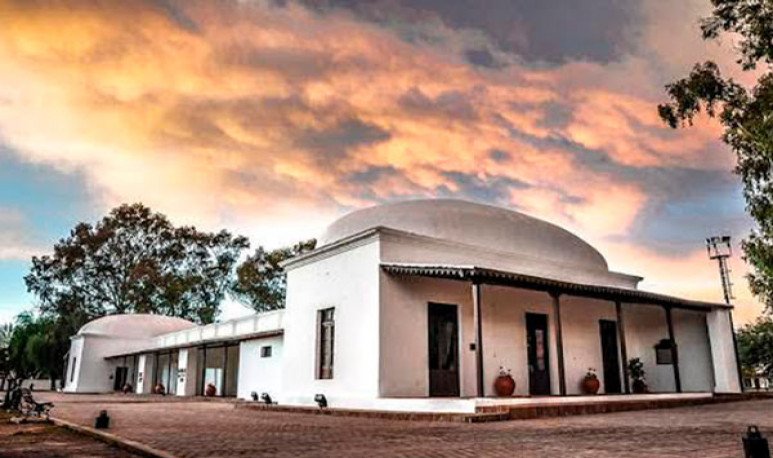 The department of  Junín is located 50 kilometers east of the City of Mendoza . Touristically, it offers many outdoor activities and, as it could not be otherwise, also offers  visits to wineries . Junín is known as “The Garden of Mendoza”, since almost all of its territory is cultivated, something unusual in the  desert we inhabit . However,  it has a very important historical heritage for Mendoza. In it is located the old house where San Martín installed a mill to obtain wheat flour . The aim of the flour mill was to supply bread to that area of Mendoza, because of its remoteness, it was outside any distribution logistics of that time.

It was the  year 1814. José de San Martín was appointed Governor of   Cuyo . On his transfer to Mendoza, the nerve site of the territory that was ready to govern, he made a  technical stop in Junín . Historians tell that  he was amazed at the area  and, although he never returned to live there, he did remember its inhabitants and  made some decisions for their benefit. Such was the decision to install a flour mill , which is located in the Historic Site of Junín, which today can be visited.

Much more than a mill

The Solar Histórico de Junín is a building complex that has inside a colonial museum, an oil factory, an old mill, a historic winery and a sanctuary. The mill is a historical monument, created in 1818 and which honors the San Martín stage in the region. It worked thanks to the strength of the waterfall of the water canal Acequia de la Patria , also built by San Martín to irrigate the vineyards.

The Historic Solar was conditioned and restored so that tourists can visit all the facilities, the galleries , the central courtyard and the wine tasting  room , and even try and take away local artisanal products .  The arquitectura is typicallycolonial, exhibiting cane and mud roofs, adobe and brick walls.  In addition, it has  balconies with windows  and  iron grills  ,  carpentry  and typically Creole  tiles  and unpainted walls.

In the cellar it was customary to perform the tread of the grapes and the cabernet of the queens, for which it is necessary to install huge vats where departmental queens step on the grapes to start preparing the patero wine. It is an important part of the wine tradition of the province of Mendoza, and the harvest festival.

The property of the so-called Villa Orfila, where the house is located, contains, among its limits, the well-known  chapel of San Cayetano . This was donated by Enrique Orfila in 1929 and every 7 August thousands of faithful flock in torch procession. Also the  olive oil  factory  , today in disuse, the employer's house and the houses, which at some time lived by the employees of the wine house, among other buildings, and the Peruvian horse hatchery on the vera del matrix channel, make up this Villa.

The Dean of National Parks