Home Travel Mendoza The dunes of the Lavalle Desert

Known as Los Altos Limpios, the dunes of the department of Lavalle are a tourist attraction. To practice sandboarding or to have some mates. 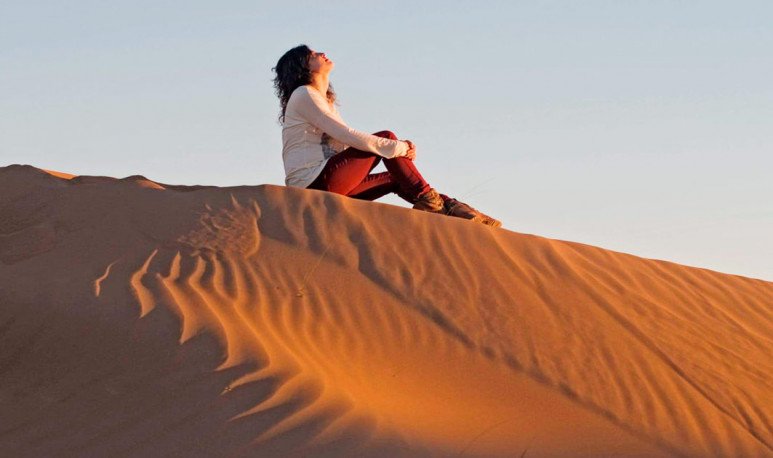 So much drought and desert had to have their positive side. This is what the inhabitants of the small department of Lavalle, 50 kilometers north of the city of  Mendoza understand.  The lavallinos have been able to offer and exploit the pure sand dunes that have formed in the area that they have come to name Los Altos Limpios.

They are located in the  Telteca fauna and floristic reserve ,  115 kilometers from the city of Mendoza . On arrival, the first thing we find is the ranger post and interpretation center El Pichón. There is a barbecue with table, toilets and there is the possibility of camping. It also offers information, a thematic trail and the representation of a typical post of the Lavallino desert.

Continuing along the same route, two kilometers ahead, is the entrance to the Altos Limpios, here  the vehicles are left and entered walking. It is a circuit to walk through a unique landscape in the province of Mendoza. Dozens of mountains, dunes or sand dunes are erected around us. Some reach 35 meters high.  That is why it is very common to see some athletes practicing sandboarding.

Its fauna and flora

But, in addition,  the place offers a particular flora and fauna. For example, the Oasis Bosque Telteca is a concentration of centuries-old carob trees 15 meters high in the driest area of the province . They survive because their roots reach underground napas that are about 10 meters deep. The sweet carob is the most abundant species, however, access to the heart of the carob forest is forbidden to the public.  In terms of fauna, bird watching is common, such as tastings and parrots, rodents, piches, mice and turtles, among other animals.

It is advisable to visit the dunes in the middle season , that is, neither in summer nor in winter. It is that temperatures can reach 42 degrees or fall to 10 degrees below zero.

Nihuil dunes: a world of sand

Why travel to other countries if you have them all in Oberá?

Water sports: another way to enjoy the summer in Posadas

An ecological reserve in the city