Home Travel Mendoza The Cross of the Andes, after the footprint of San Martín

It was one of the greatest military exploits in history. Doing it is a challenge and also to feel what those patriots lived in 1817. Serargentino.com was there. 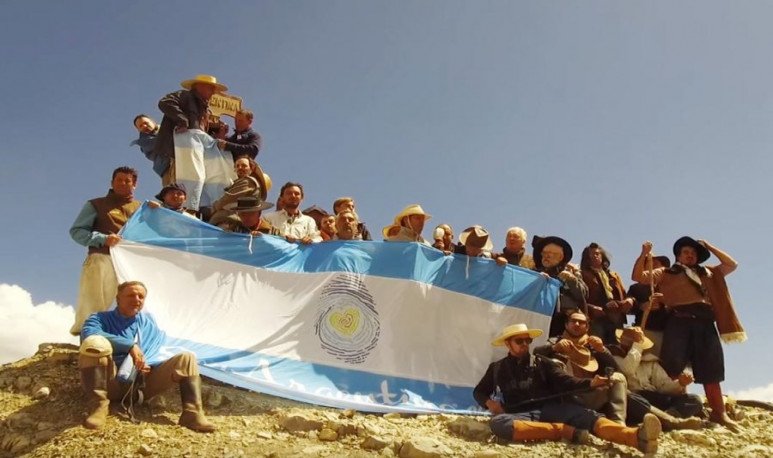 This, my first crossing of the Andes took place in February 2020, the best month of the year to start it. The adventure began in the  Uco Valley,  the birthplace of high altitude  wine  in Argentina, a place dotted with Malbec, Cabernet Sauvignon and Cabernet Franc, vineyards located about 90 kilometers south of the city of  Mendoza . This wine region, located along the Tunuyan River, is located at an altitude of 1200 meters above sea level. There I was ready to ride up to 4,235 meters. 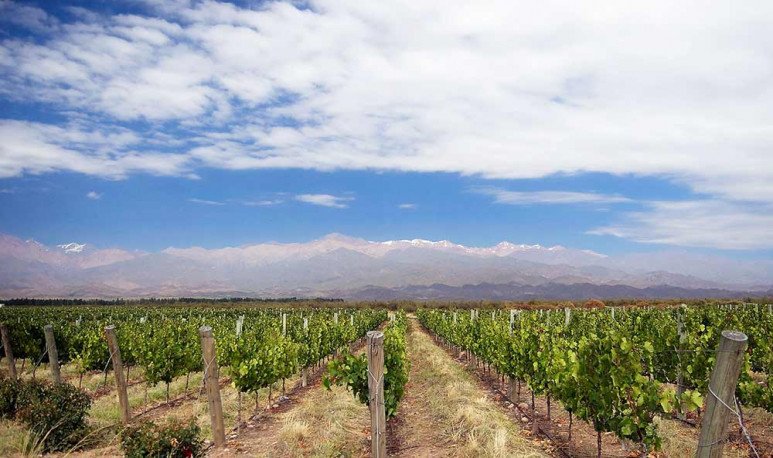 The meeting place was the Historic Manzano , in Tunuyán, a small village located at the foot of the foothills of Los Andes.Whoever you ask in that village will tell you that  El Libertador , upon returning to the homeland of his liberating campaign, entered the province through  Paso del Portillo .This happened, on the last days of January 1823, when he decided to rest in the  Los Chacayes estancia.

Colonel Manuel Olazábal received him and the two discussed, recalling the military exploits that had them as protagonists.Tradition recalls that the talk was given under the shadow of an apple tree.  Saint Martin slept that night, in a campaign cot, under that tree. The next day he continued his march to the city of Mendoza.A monument on the spot remembers that meeting.

To fulfill this mission, he was going hand in hand to accompany the Gaugación Gaucha Batuque and the NGO 4000 Ponchos who would place a plaque reminder of the gesture, in the Refugio Real de La Cruz, of the Argentine Army. This gesture served to perpetuate that wonderful feat carried out more than 200 years ago and, to the 4000 ponchos donated by the Cordobese to shelter the patriots.We walked through  Paso de Portillo which, in those times, was covered by a column of 155 men under the command of Captain José León Lemos, we were a little less, forty-five.

We leave by van along Provincial Route 94,  bordering the left bank of Tunuyán, touring what is called Quebrada del Arroyo  Grande, to a Customs post, the Gendarmerie Refuge Enférez Portinari. To my surprise the landscape, at this point in the mountain range, was lush and full of wildflowers. The wind, and the noise of the waters hitting against the stones gave me the feeling of being in a dream place. I love the mountains and this adventure generated me every day more excitement and adrenaline.We spent a good time there doing border control. 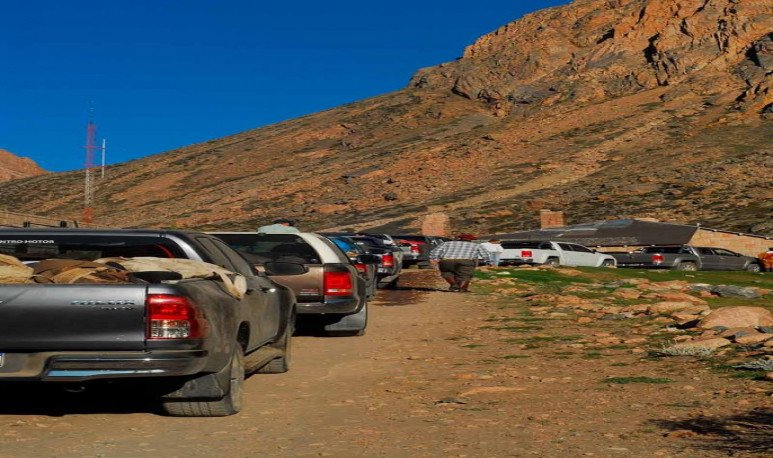 This section  of the Andes mountain range  runs between two lines with a valley in the middle, and this is the first. The Chilean border is at the highest point of the second elevation.We continue to advance with the vehicles on an increasingly winding road until we reach the Antonio Scarvelli  refuge  at 3200 meters high. There a tropilla of creollos was waiting for us to help us realize the journey.

Before embarking on the tour, the group, looking to the West, quietly performed a prayer requesting permission from  Mother Earth  to cross the mountain range. And in this rogative of connection between the supernatural and the mundane I asked for kneeling: kumé huenu eluen fachantú lucutuan mapu meu gnechén a Mapuche prayer that means something like “this day kneeling on earth, God, give me good heaven.”

With a small handful of coca leaves placed in the mouth between cheek and jaw, we climb the horses and start walking. 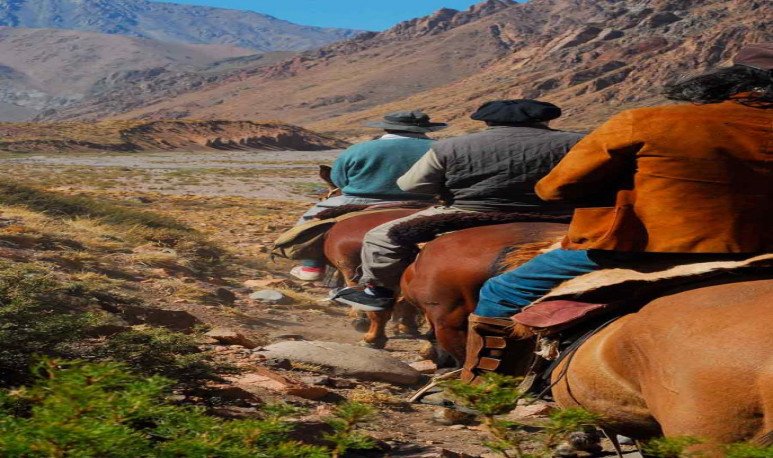 Going up constantly, often walking along with the horses, we reach the  Paso de Piuquenes  (4235 masl) the most difficult part to cross.Looking from that site into the valley of the  Tunuyán River, we see a variety of wildlife, including guanacos, foxes and Andean condors.

Then it became the descent, which is given only in a communion of trust with the animal we ride. The path is lost in the gaze, and it is he who drives the descent. Reclining on the legs, so as not to load weight on the front legs, I inspired deep and decided to enjoy a diaphanous sky brushstroked with some clouds. The silence of the entourage marked everyone's sensation, the sound of the rock rolling, a slight breeze, and an aroma of immensity embraced us all. I felt at that time that Ngnechen, the supreme   Mapuche  God, was watching over our well-being.

A few hours of   horseback riding   later put us in front of the  Refugio Real de la Cruz , owned by the Argentine Army, a gable stone construction which looks like a prodigy in the middle of the Cordillera.The detachment waited with a stew stew and the heat given by the firewood embraced us all.This place is located on the banks of the Tunuyan River that we would wade the next day.

With dawn, after hoisting the Argentine flag and singing the anthem, we crossed the river.Its current is very strong and must be crossed carefully as a water-driven rock could easily knock down a horse. 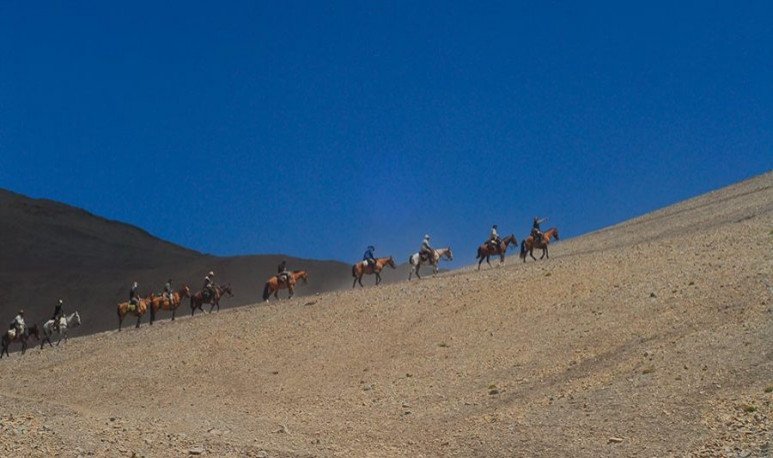 Later we began the ascent to the second ridge of Los Andes, where is the landmark of the border between Argentina and Chile. Crossing these false horizons, where each plume leads to another, was exhausting. 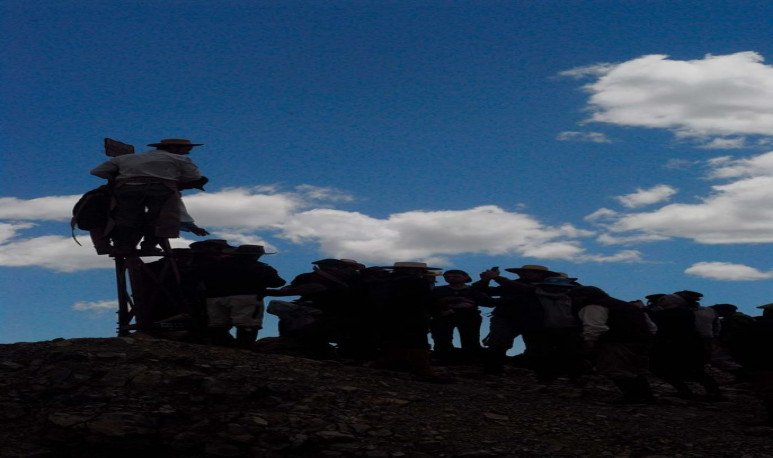 Getting to the post was a great time, and I felt it like a real achievement.That metal pillar draws attention in a place where immensity seems to have no limits. I get some kind of seduction these border pillars, I feel them as a warning not as a barrier.That point on the map is demarcated with an intermittent line, here non-existent, indicates that we meet the target. Being there is hard to explain it in words, I inspired as deep as I could, I thanked the gods, while contemplating Cajón del Maipo in Chile, where a part of this heroic gesture of which as Americans we are proud of began.