The Park, for us, is a huge green space that lends itself to physical activity, take mates or just go for a walk. Wonder. 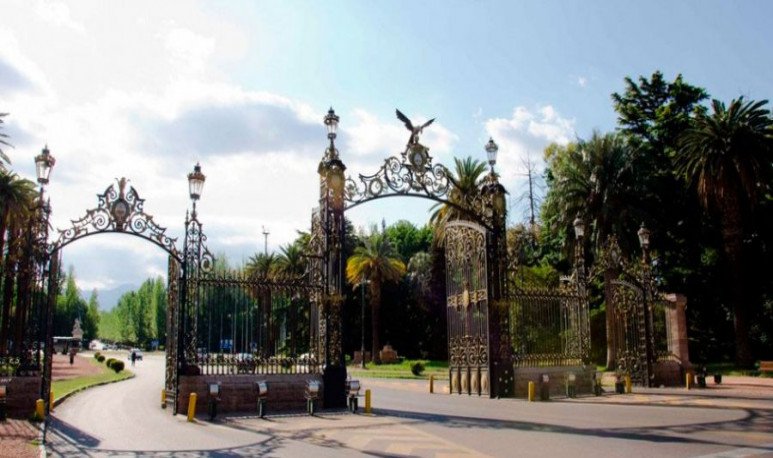 The province of   Mendoza  is dry  by definition. That's why we almost worship any more or less considerable puddle of water that is formed in our geography. In the same way, green spaces such as parks and squares are very well weighted. But the largest of all, the one everyone knows, the one that everyone has visited, is the General San Martín Park. Mendocinos and tourists choose it every day at all times.

Funny thing is that it's an “artificial” park. And not because plants and trees are plastic. But because all the afforestation that is seen there was brought and planted, did not occur naturally. This happened in the late nineteenth century, when the rules for the construction of the then called  Parque del Oeste were dictated. The French architect and landscape designer Carlos Thays was hired, responsible for other important Argentine parks such as Parque 9 de julio, Parque Sarmiento and Parque Nahuel Huapi . Thus, over the years, the park was built to which, over the years, football stadiums, theaters, study houses, etc. In total there are about 350 hectares.

Entrance to General San Martín Park can be done by any of the cardinal points, however, the entrance gates are the historic  “gates of the park”.  Two huge black iron doors with gold accents that remain permanently open. In the park you can do any kind of activities, going through sports to culture. That is why we find in it the venues of the football clubs Independiente Rivadavia and Gimnasia y Fencing. But also the Mendoza Regatas Club, the Mendoza Equestrian Club, the Andino Golf Club, the Mendoza Tennis Club, the velodrome, the athletics track, the Aconcagua Arena indoor stadium and the Malvinas Argentinas World Cup Stadium. But in addition, the park is the main headquarters of the National University of Cuyo, the School Liceo Agrícola, the CCT-CONICET Mendoza and the Eva Perón Hogar School.

On the other hand, there are some tourist attractions par excellence such as Cerro de la Gloria, with its historic Monument to the Army of Los Andes, the Ecopark or the lake, in the heart of the green space. Also in the park there are cultural elements such as the Cornelio Moyano Museum of Natural Sciences, or the mythical Greek theatre Frank Romero Day, where our National Harvest Festival is celebrated every year.

On a typical walk through its streets one meets anything. People running, walking and doing physical activity, probably around the lake, which is the typical return that, for example in the summer, perform teams of any sport in pre-season quality. Although physical activity can also be by bicycle or on skates. It is also common to see the inhabitants of small departments giving their little dogs a breath of fresh air. Another postcard is the picnic with the tablecloth on the grass, the mate and the basket. Finally, depending on the schedule, it is common to find some naughty couples playing love in their cars or behind trees, especially in spring. As a result of this, some witty Mendoza once referred to the park as  “Villa Cariño”.

The truth is that Parque General San Martín is a must for visitors to our province. They are amazed.

Ancasti, a paradise for rest or action

4 options of missionary tourism in the Falls