Home Travel Mendoza Potrerillos, one of the most chosen and risky destinations

Potrerillos, one of the most chosen and risky destinations

The Potrerillos dam, in Mendoza, is one of the busiest sectors in the summer, so prevention is a constant task in the place. 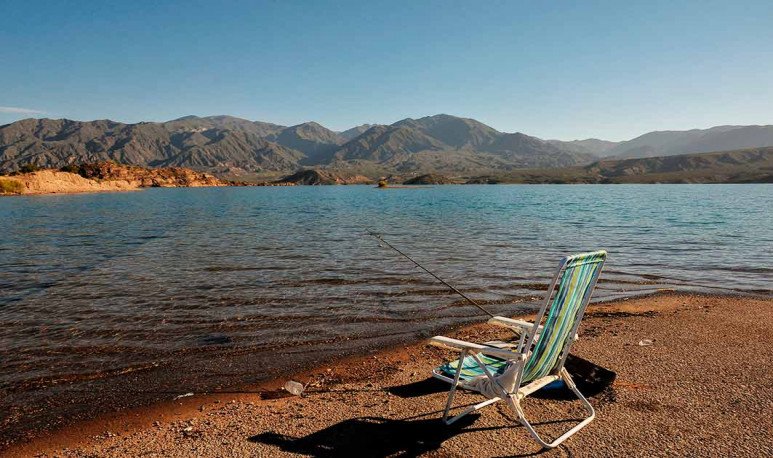 December and January are one of the most suffocating months in the province of Mendoza. The high temperatures and the imposing sun invite Mendoza and tourists to choose  places where water and fresh water abound . This search, which seems almost impossible, has an immediate solution and is Potrerillos .

Beyond the many natural places that the district offers and the view of the mountain range, Potrerillos has its dike, one of the few authorized in the province to cool off the body. Only that this authorization is subject to numerous preventive measures, restrictions and fines in case of compliance with Nautical regulations, belonging to the Directorate of Renewable Natural Resources of the province.

These rules that help control perilago are mainly subject to prevention, according to one of the Guards of Nautica Guillermo Argumedo . This implies another type of work, one of awareness and empathy with those who seek to lower body temperature.

The tasks of prevention

“For a few years now, Nautica has been strengthening prevention tasks in the water mirrors of the province with awareness and pleasant talk with the visitor. This is for a matter that the message is better received and inevitably transmitted and replicated by that person to his environment. The problem arises when there is alcohol and other substances involved,” Argumedo said while conducting security rounds in Bahía de las Hormigas, located a few meters from one of the viewpoints of the dam.

“ This is because when these factors get in the way, people feel more courageous to make wrong decisions. For example, like jumping head to the dam, when there may be a rock and breaking your head; or swimming in prohibited areas where there are water extractors; or getting into the water after eating, which means that the digestion process is cut off and causes a cramp to remain motionless, unable to get out of the water,” were some of the details the man provided.

It is for this reason that the roundings and prevention tasks are a constant all week, where the work is reinforced on weekends.

“People often do not know that this dam has inside a well that is put into function when water is needed, which absorbs everything that it has in its path. When limits and rules are not respected, we are in trouble because it is a very big risk . That is why we are constantly raising awareness among all who arrive at the dam,” Argumedo concluded.

So far this year, only a 17-year-old was on the verge of death by swimming in a restricted area of Potrerillos and suffering a phase two drowning when entering the cold water after lunch, so his digestion was cut off and a stomach cramp left.nmotionless. The situation did not go any further thanks to the immediate rescue carried out by the Nautica agents and the resuscitation tasks.

In order to avoid deaths or inconvenience, the Ministry of Environment and Territorial Planning ordered in January last year a series of amendments and increases in fines to those who commit violations.

2 must-see adventures of the Punilla Valley

Cheer up for some nakations.

Cuyano past: passion for the history of Mendoza