Home Travel Mendoza Cuyano past: passion for the history of Mendoza

Cuyano past: passion for the history of Mendoza

On May 24, 1967, the Cuyano Museum of the Past was inaugurated, which had been a board of historical studies since the beginning of the 20th century. 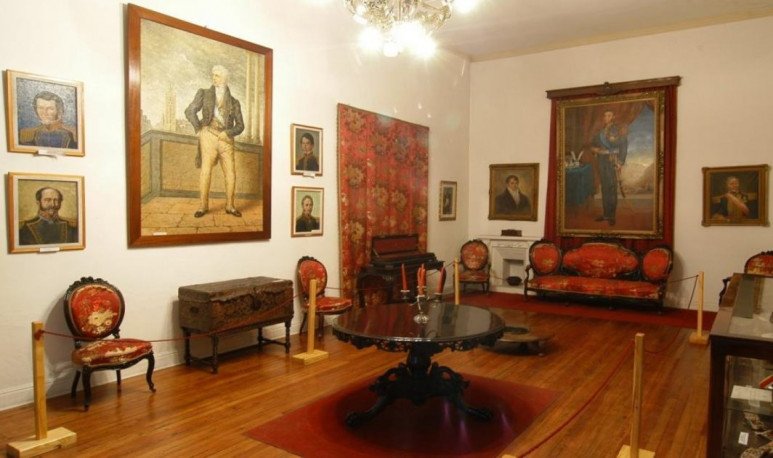 The house where today the Cuyano Museum of the Past works was saved by miracle. Governor Ernesto Arturo Ueltschi was only standing by express request (or threat) from Edmundo Correas, president of the Board of Historical Studies. In text, he would have mentioned: “Doctor Ueltschi, give the property to the Board of Historical Studies of Mendoza . For if he causes it to demolish it, it is not I who will judge it, but the posterity which he leaves without wealth.”

The Mendoza Historical Studies Board itself saw the light in 1923 and began its reaffirmation process in 1934 . The Mendoza junta proudly holds the record of being the oldest in the country, as is the magazine they publish monthly. They all work ad honorem.

The museum  houses more than 10,000 books on the history of Argentina, Cuyo and Chile.  In addition, it has documents that are a relic, objects that contain part of the Mendoza identity and even donations from families , who will periodically visit and enjoy them.

Such is the case with the grief guns of Leonidas Aguirre. But there is also a fan that General San Martín and his wife Remedios de Escalada gave to the godmother of Merceditas, Josefa Alvarez de Delgado. In Sala Sanmartiniana, there is also a replica of the corvo saber and the original manuscript of the book  El Paso de los Andes , written by General Gerónimo Espejo. And, as a good museum about Argentine history, Cuyano past displays  material about The May Revolution, available in every corner of the place .

It all started with lectures by historians, most of Mendoza. And then they were shaped like books.  In 1941 the idea of creating the museum came up and donations began to arrive. Although there was the inconvenience of the place , as different houses were rented and, for reasons of money, you always had to move. In fact, this problem has led to the disappearance of historical boards in other provinces.

It was in 1961, after Correas addressed the phrase mentioned above to Governor Ueltschi, when the Cuyano Museum of the Past, which was close to the age of 100, was finally installed on site.

In addition, this is the first house that was built after the earthquake of 1861 and was the fifth in the Civit family. It was completed in 1873,  it had 26 rooms, 4 internal courtyards, the outside courtyard and the extension occupied the entire block. Here were Sarmiento, Juarez Celman, Mitre, Luis and Roque Saenz Peña and Chilean President Jorge Montt Álvarez, among others.

The museum consists of 16 rooms  and, depending on the age of the public and their interests, varies what attracts the most. For kids coming from schools, the Geology and Oil room is the favorite. There are models of prehistoric animals, arrowtips, necklaces, mortars and various prehistoric things.  The religious room with its altar and the Sanmartiniana Hall are also very eye-catching to visitors, as well as the Pinacoteca .

The altarpiece is very eye-catching, too. In addition, there is all the historical and photographic documentation of the inauguration of Christ the Redeemer on the border between Argentina and Chile. That was between 1901 and 1902, just after the war was almost declared between the two countries and as a symbol of peace.

The Board's literary treasury can be consulted by the general public at the Board's headquarters, although on the sole condition that it cannot be withdrawn from the site. In return, a symbolic collaboration is requested.

But the support of the Board is the FundaJEHM Foundation, composed of entrepreneurs who donate funds to recover the museum and to support the publication of the magazine.  As it is the home of a national historical monument, the Nation also maintains the site.