Home Travel Mendoza Mendoza: where vineyards are transformed into oasis

Mendoza: where vineyards are transformed into oasis

We visited the eastern region of Mendoza province to tell you what you can do. 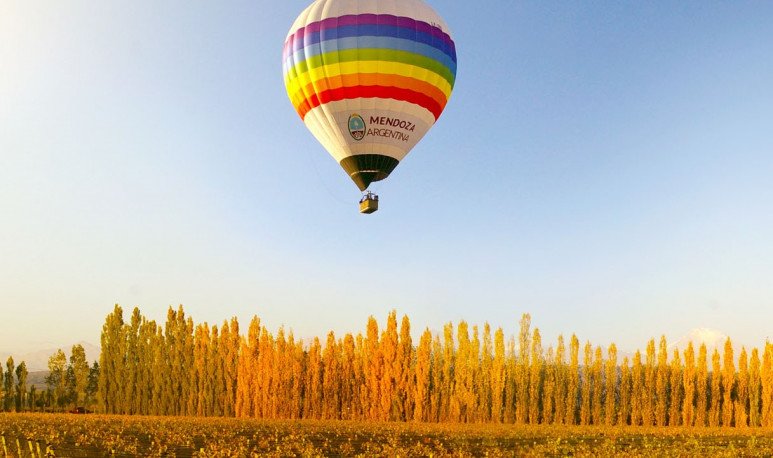 The East Zone of Mendoza has the largest expanses of vineyards in the province, guarded by farms and farms that perfect its characteristic landscape. It is undoubtedly one of the most extensive oases in the province, which runs from the Mendoza River to the Desaguadero, on the border with San Luis.

Roads of wineries and olive groves, rural estates and dreamy landscapes are the perfect theatre for flying in a hot air balloon. Junín is the first department in Mendoza to implement these types of flights for tourist purposes

In the region there are incredible attractions of faith such as the Oratorio del Alto Salvador that owns the Aragon Museum. Those who wish to participate in religious festivals the one dedicated to  Santa Rosa de Lima  every 30 August is what should be experienced. During the celebration of Our Lady of Itatí, in the Ñacuñán reserve, there is a folkloric-religious pilgrimage known as Paseíto de la Virgen, where riders, musicians and faithful participate. The celebrations to San Cayetano in Orfila and the honors to Our Lady of La Paz are also conveners. They all summon a large number of faithful.

The Ñacuñan Biosphere Reserve is 180 kilometers southeast of Mendoza, in the department of Santa Rosa. It protects over twelve thousand hectares of native carob forest. Its name derives from the Pehuenche language Neyku-ñan name of the last chieftain of Malargüe, ally of Saint Martin, meaning white eagle, (common harrier). It is an area protected by Unesco since 1986.

In this area, General San Martín built his farm and country home when he returned to the country after the liberating campaign. The so-called sanmartinian route includes the path of colonial postas, the Chacra de Los Barriales, the Museum of the Bóvedas in San Martín — which was the residence of the Libertador and where objects of time are today exhibited —, the historical olive tree —which gave him shade in his hours of rest—, the Paseo de la Homeland and the city of San Martín itself. It also covers the Historic Area of the Molino de Orfila, with the ditch of the Patria or the reminder in the Plaza de Los Barriales and its Chapel of Nuestra Señora de la Luz in Junín

In the department of San Martín is the Jorge Ángel Pena Race Track, it is the place where the big categories of Argentine motorsports compete. Other artistic shows are complemented by the Agnesi Park, which houses the Greek Theatre John Paul II, the Congress and Exhibition Centre and the Temple of Wine. Also attached are the Parque Dueños del Sol in Junín, the City of Rivadavia Tourist Sports Recreation Complex with its artificial lake, campsites and sports centres in La Paz and Santa Rosa, as active sports venues, campamentists, competitions and artistic shows. El Carrizal Reservoir is the meeting point during the summer where you can engage in activities such as motor boating, water skiing, sailing and sport fishing.

Popular festivals allow you to live the experience of typical gastronomy, horseback riding, competitions, Creole skills, sulky rides, trick championships, peñas, popular dances, processions and artistic shows. Among the main ones is the Cueca and Damascus Festival, Rivadavia Sings to the Country, the Festival of Nations in Junín, the Peace Festival and the Song of Cuyo in La Paz, among others.

The beautiful experience of climbing the Piltriquitron

Comodoro Rivadavia and the Oil Circuit

By bike to Cacheuta and Potrerillos?

The secrets of the Pearl of the Alto Valle

Rio Negro and the charm of the Middle Valley