Are you a tourist? Are you a Mendoza? This proposal is for everyone. Get to know the capital of Mendoza on a bus tour through the tourist and cultural points. 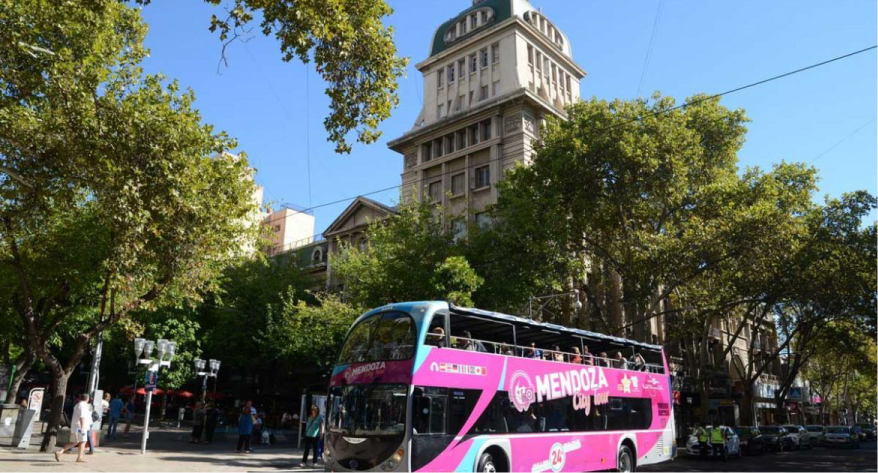 Summer is coming and, among all the proposals offered by the Municipality of the City of Mendoza, one in particular is special to visit the Capital and get to know it in depth in a few hours. This is the Mendoza City Tour, a bus that adds to a modality used by the large capitals of the world and allows the passengers can ascend and descend at the stops that are enabled during the journey and which mean cultural, historical and for anyone who climbs.

The tourist bus of the city of Mendoza includes the most important points of the capital of Mendoza, San Martín Park and Godoy Cruz. The Mendoza City Tour is for tourists and citizens who want to feel visitors in their own city. Under a system that allows you to descend where the passenger requires it, the tour on board the bus allows you to know the Cerro de la Gloria, the San Martín General Park, Independence Square, Foundation Area, Central Park and Civic District, among other historical and cultural places of the City. Recall that the visit extends to Godoy Cruz .

The bus is an indispensable service to give you a quick look and deep into the City, is an alternative economical; it has the Hop On-Hop Off system, which is what allows stop at the places requested by the interested party; it has specialized tour guides that help to clarify everything kind of doubts about the old and modern facilities that are visited and also has audio guides in different languages. For more information (points of sale, fares, tour, etc.) click Here. If you are visiting the city, visit the Tourist Information Center “CIT”(Garibaldi and San Martín), where you will find staff who will guide you and discuss what you can do inside the city of Mendoza.

Source: Municipality of the City of Mendoza

The waterfront promenade of Puerto Gaboto