Home Travel Mendoza Lost in the maze of Borges

Lost in the maze of Borges

In Borges, there is no universe without maze and there are as many labyrinths as universes. In San Rafael there is a labyrinth with his name. 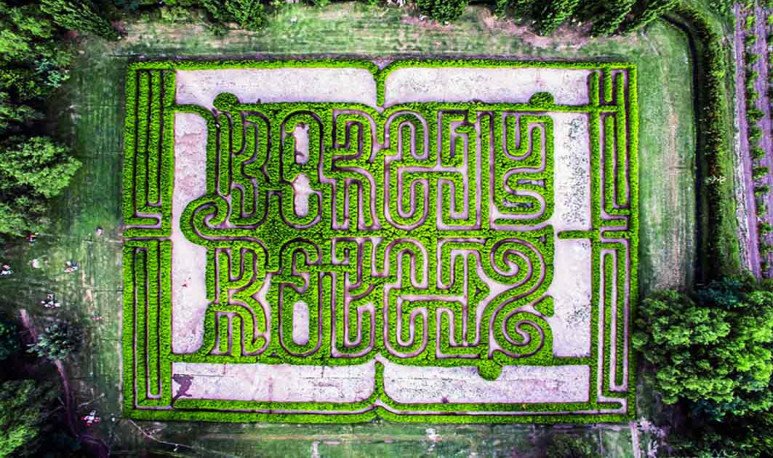 The Labyrinth of Borges is a  tribute that the Aldao family made in their stay Los Álamos, in    San Rafael , where the writer enjoyed several of his days, visiting his friend Susana Bombal.Nowadays, the Labyrinth of Borges is attended by locals and tourists to visit it and enjoy the view in height of the symbology contained in the labyrinth, from the observation tower .  In addition, you can taste wines and typical gastronomy in an atmosphere that has been perpetuated over time.

The old house of the estancia

It is a house  dating back to 1830,  in the best house style, has a large internal courtyard, with the appearance of a fortress, with high and reinforced walls, and heavy grilles. Since 1850, the house was inhabited by the Bombal dynasty, with 5 generations. The third is  Susana Bombal, a woman who became friends with Jorge Luis Borges because she spent part of her life in Buenos Aires and translated the writer's books into English .

From this meeting, Borges and Bombal spend whole summers in the estancia Los Álamos, where the old house is located. But not only them, but also, in these meetings, Randoll accompanied them.

The press secretary of the British embassy in Buenos Aires, named  Randoll Coate, was there while Bombal lived in Buenos Aires. Borges fan and labyrinths asked her to please introduce him to the writer. Susana does so and, the diplomat, manages to fulfill the dream of knowing him . Life goes on and, years later, Randoll leaves his political career and becomes a great designer of labyrinths all over Europe. There are 50 castles watered by Randoll's mazes. He made them by hand and hired many personalities to arrange the gardens with labyrinths.

The story is quite long, but, in short, one day  Randoll dreamed that Borges died . In telling this dream to Susana Bombal, the man concludes that, when this happened in reality, they had to make  a monument to remember Borges and that this could be a labyrinth, since it united them both and that, in addition, it was a   recurrent theme in the Borgean literature  .

After the death of Borges in 1986 and Susana Bombal in 1991, her grandson nephew contacted Randoll and fulfilled what he had imagined years ago.

The Labyrinth of Borges

The maze is an open book that is looking at the universe, and that can be noticed in an aerial and panoramic view. That open book contains lots of symbology that refer to Borges. Hourglass that marks time. It's mirrored as if it were a mirror. He's got the cane Borges used to walk .  It has a question mark. Borges said that he lived in a constant state of curiosity and perplexity.

An appointment in the library

The place where it never rains