With works at Chilean customs, delays to cross were expected to be reduced. It wasn't like that. Up to 6 hours of standby 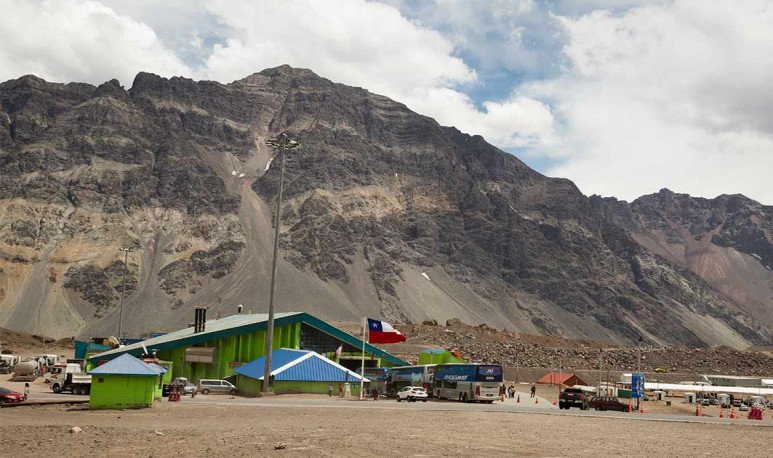 Chile is a super tempting destination for Argentines who live in the west of our country. In some cases,  doing less than 300 kilometers we can be on the beach, something so longed for those who live surrounded by mountains . However, there are some deterrents such as the exchange rate, social unrest (this season only) and long waiting queues at customs.

For this season,  those 8 or 10 hours, which more than one had to wait once to be served at customs, were expected to be reduced to 1 or 2, in the worst case scenario.  It's just that Chile's neighboring country invested millions of dollars in the  Los Libertadores border complex . Ramp systems, conveyor belts, thousands of covered square meters and 18 public service booths excited tourists that it would no longer be an odyssey to do the customs procedure.

As explained above, this year,  the fireproof of the new customs system arrived only in Carnival.  Most Argentine tourists did not dare to cross before, for holidays or in January, as unrest and social incidents discouraged a quiet holiday. The exchange rate did its own thing and that's why the  Atlantic coast  again looked full, like yesteryear. However,  the few Argentines who dared to cross the Cordillera returned with the good news. “Nothing's wrong,” some said. “Above, as few people are going, everything is given away,” warned others.  So, many chose the long weekend of Carnaval to get the desire to go to Chile. And  between Friday 21 and Saturday 22 February, thousands of Argentines (especially from Mendoza) departed in their cars for the Trans-Andean country.

They didn't expect it

The Chilean authorities, recalling what had happened during the month of January, did not foresee this situation.  Just a couple of immigration control booths were enabled. Little customs and sanitary control personnel. With that panorama the Argentines met when they arrived at customs . So, the long old waiting queues were reedited.  Up to 6 hours say they have waited some,  between Friday night and early Saturday morning.

In this way,  the new Chilean customs office still does not yield what was expected.  On top of that, conflicts and aggressions on public roads happened again in Viña del Mar and Santiago. Perhaps the Argentines will stop going again massively to Chile and, thus, the new complex will never be able to be fully tested.

Lujanino summer, if you are a tourist or Mendoza

Healthy living in the Park

3 must-see places in the north of neuquino