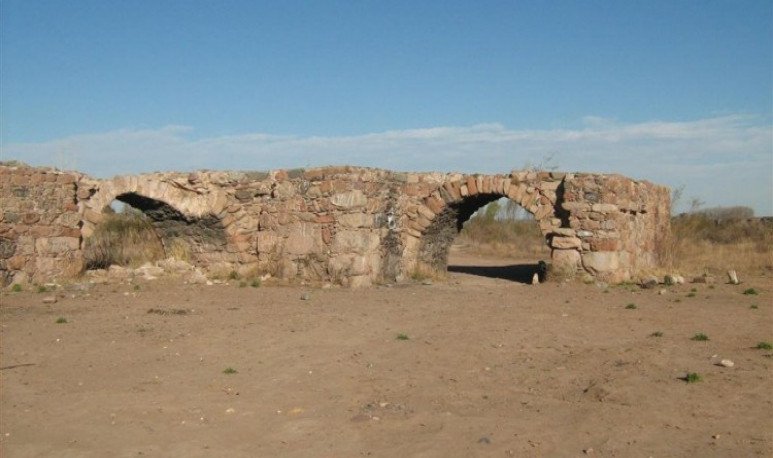 When talking about  “Toma de los Españoles”,  many will be able to think about the occupation of lands carried out by the  Spaniards centuries ago  in our continent. However, as everything has to be in its proper context, it is necessary to explain that, for Mendoza, a shot is the derivation or diversion of water from a river or main channel. The remains of the Toma de los Españoles were declared in 1989 as a National Historical Monument, by Decree No. 325.

After works, remodeling and strong state investments, this take, with more than 300 years of history, is presented as a hidden tourist attraction.  Its structure, with strong and stone bridges have suffered the wear and tear of the years, so now only the landscape remains as the main objective.

The  place is located about 30 kilometers from the City of Mendoza. It can be reached by vehicle, up to your entrance by RP 82 , or by bicycle, and you can enter by pedaling to the dam. Thus, La Toma de los Españoles becomes another attraction of the traditional road to Cacheuta, which presents among its options: the  Playa de Luján , the café Entre Dos, different campsites, hostels, restaurants, cabins,  Cacheuta  Thermal Baths and Hanging Bridges. Everything is located next to the aforementioned route 82, which concludes at the Potrerillos Dock.

But, returning to the subject that calls us in this article, the Toma de los Españoles has its entry to the height of the railway tracks, before police control. You have to be very attentive because the sign that marks your income is not properly identified.  From the route to the Toma, a dirt road leads us. It can be done on foot or by bike. In fact, it is a destination increasingly chosen by cyclists who seem tired of always going to the same places. And since this place looks like a new option, it's very fashionable lately.

When you arrive, people marvel at the structures, forts, bridges and stone and wood gates that are still standing. It is noted that alluviums, wind and other meteorological phenomena have done their part, which is logical, after 300 years. However, this, in turn, makes the place look like a time trip. There the technology has not manifested itself, the noise of cars and the city are far away. Therefore, loneliness, wind and some animals are the only thing that burst into a completely natural landscape.

For now it is a pretty virgin place, worth visiting and enjoying during these months. At any time, people will meet him in a popular way, and his touch of nature will be lost.