Puente del Inca, a must stop on route 7

A centuries-old natural formation shaped like a bridge. The yellow of its minerals catches the attention of all motorists. 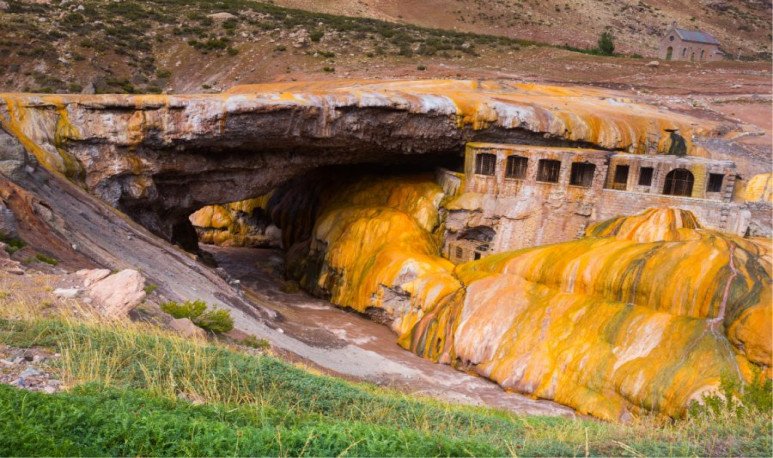 It is a secure stop for any contingent of tourists who make the classic high mountain excursion. It is located  on   Route 7  , 183 kilometers from the city and at an altitude of 2700 meters above sea level, just 20 kilometers from the passage to Chile  . Some attend this natural wonder because they know about its existence and want to see with their eyes what others told them or showed them in a photo. Others simply pass by the place because they are on their way to another destination, but are amazed at the colour and formation of the bridge. Here we tell you why it should be a  must-see on your trip to Mendoza.

The history of the Bridge begins with the Inca Trail and its legends. It was supposed to be known and frequented by this culture in order to take advantage of its  waters with healing properties . There are constructions on the side and under the bridge with small pools through which  thermal water flows, which emerges from natural slopes with a temperature ranging  between 34 and 38 degrees . Baths are recommended for  nervous, rheumatic and gynecological conditions, therapeutic for anemic, rachitic and arthritic children.

The bridge has been formed by the action of  mineral waters . The flow of the Las Cuevas river opened its way between sediments deposited in the bottom and then cemented by the hot springs. These  give the area its coloration of oranges, yellows and ochres due to the large number of elements they carry such as iron or sulfur.

In  1925 the Puente del Inca Hotel was built  , which represented for its time a real luxury attended by the most important personalities. After surviving several climatic threats, which had previously left the service of the TransAndean train disabled, the hotel was  destroyed by the devastating alud of 1965 , but its ruins are visited by thousands of tourists every year. 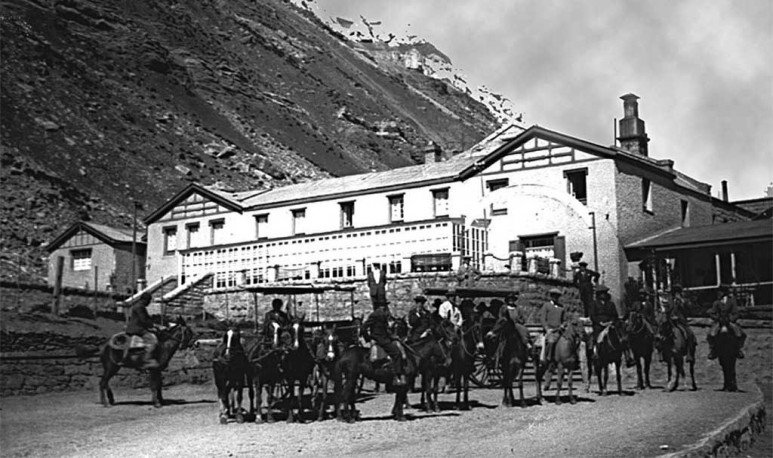 The name of the place comes from the legend that, long before the arrival of the Spaniards,  a great Inca chief had a son affected by paralysis  and, after trying all kinds of cures without result, he heard that lands to the south existed a place where the healing waters could end with his misfortune.  He then prepared a group with the best warriors and headed there.  When he arrived, he watched in astonishment the famous waters coming out of the earth, but from them was separated by a torrenteous river that prevented him from reaching.  His warriors , without hesitation, embraced each other forming a human bridge , and thus reached the other side. The Inca walked over his back with his son in his arms and reached the therma where he found the long-awaited cure.  When he looked back  to thank his warriors, they had petrified  and constituted what we now know as the famous “Puente del Inca”. 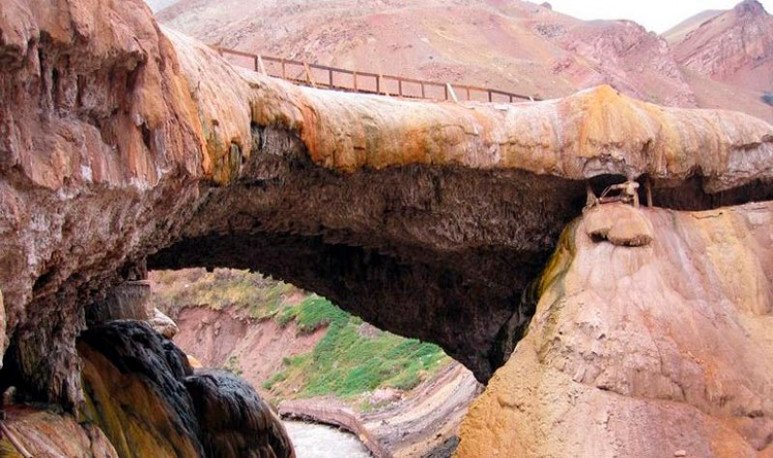 9 places to know Cordoba from north to south

The Pepino House, the house of all Cordobeses

5 Cordoba postas you have to visit

5 places to know Córdoba from the heights